DID WE MISS SOMEONE?
CLICK HERE AND TELL US
WE'LL MAKE SURE
THEY'RE HERE A.S.A.P
Popularity Index
202
Psychologists #10
Intellectuals & Academics #73
Quick Facts

Who was Carl Rogers?

Carl Rogers was an important American psychologist and educator who along with Abraham Moslow founded the Humanistic Approach’ to psychology. As a teenager, living on a farm nurtured an interest in agriculture which later led to an interest in science, but he also developed a special compassion and understanding for people. He was a very good listener, but it took him some time to find his own path. He changed his major three times before settling on clinical psychology. He rejected the dominant approaches to Psychotherapy and Psychology of the time based on his experience with troubled children, and started developing his own approach. He worked as psychotherapist while teaching, which gave him unique opportunities to explore his ideas. His Person-Centered approach would end up turning the fields of Psychotherapy and Psychology upside down. The approach transferred equally well to education, industry, and conflict resolution. Believing the therapist and client to be equals, his approach changed forever the therapist-client relationship. He believed strongly that, with help, people are capable of understanding their own problems and figuring out how to solve them for themselves. He was relentless in researching, testing, and understanding his approach and the human mind. Today, the Person-Centered Approach is the most widely used therapy approach in the United States American Men
Columbia University
Male Psychologists
American Psychologists
Childhood & Early Life
Carl Rogers was born on January 8, 1902, in Oak Park, Illinois. His father was a civil engineer and his mother, a stay-at-home mom. Although he received a stern Protestant upbringing, he acquired a more compassionate vision of Christianity.
Before kindergarten, he learned to read, and he also had an early fascination with agriculture which led to his later interest in science.
In 1922, while attending the University of Wisconsin, he joined a Christian mission to China. During his 6-month stay, he developed a more compassionate and less harsh understanding of Christianity.
In 1924, inspired by his experience on a Christian mission to China, he enrolled in the Union Theological Seminary in New York City. 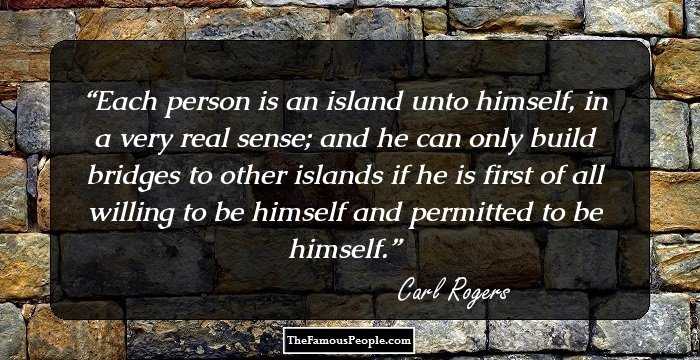 American Intellectuals & Academics
Capricorn Men
Career
In 1926, Carl Rogers became disenchanted with the fixed mindset of the seminary and decided to pursue an education in clinical psychology at the Columbia University's Teacher’s College in New York City.
In 1928, he became a child psychologist at the Rochester Society for the Prevention of Cruelty to Children. During his work in the Child Study Department, his theories about personality began to develop.
In 1931, he finished his doctorate in clinical psychotherapy which involved the development of a psychological test that would help identify ways to make low income children’s lives better.
In 1939, based on his work with disadvantaged and often distressed children at the Rochester Society for the Prevention of Cruelty to Children, he published his first book, ‘The Clinical Treatment of the Problem Child’.
In 1940, he became a professor of Psychology at Ohio State University. This enabled him to clinically research his new ‘non-directive approach’.
In 1942, he released ‘Counseling and Psychotherapy’ where he described his ‘non-directive approach’ including full transcripts of his therapy sessions with his client, Herbert Bryan.
In 1945, the University of Chicago asked him to join their faculty as a professor of Psychology and to establish a new counseling center.
In 1946, he became president of the newly reformed American Psychological Association (APA) which united academic and applied psychologists.
In 1951, based on his experiences and research at the University of Chicago's Counseling Center, he established a clear vision for his approach and published ‘Client-Centered Therapy’.
Continue Reading Below
In 1957, he joined both the departments of psychology and psychiatry at the University of Wisconsin. He continued to study and test his theory throughout his tenure at the University; at one point, he conducted a large scale study using client-centered therapy with schizophrenics from Mendota State Hospital.
In 1961, he published ‘On Becoming a Person’, a collection of writings and lectures from the past 10 years. In this book, he described how he developed his person-centered approach to therapy.
From 1964 to 1974, he lectured around the United States, researched and wrote more books and papers while continuing to offer his services as a therapist.
From 1975 –1985, he ran Person-Centered Approach workshops in the United States, Europe, South America, Japan, and Russia. 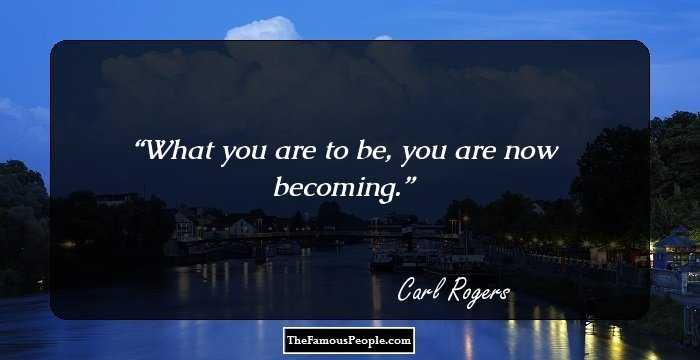 Major Works
Carl Rogers along with Abraham Maslow established the Humanistic Approach to psychology. They discarded the leading approaches of their time, namely, behaviorism and psychoanalysis. They found them too limited in understanding the human experience and the whole person. They put forward instead the principle of self-actualization, a basic human need to achieve one’s potential in life.
Carl Rogers revolutionized the relationship between the therapist and the client with his Person-Centered (also known Client-Centered) Approach. He emphasized listening, understanding, and helping the client to find their own solution rather than prescribing the solution for the client. This approach found further application in education, industry, and conflict resolution.
Awards & Achievements
In 1956, he was recognized by the American Psychological Association for his ground-breaking psychotherapy research and was honored with the ‘Award for Distinguished Scientific Contributions’.
In 1972, he was presented with the American Psychological Association’s ‘Award for Distinguished Professional Contributions to Psychology’ for his development of the Person-Centered Approach to psychotherapy and counseling. 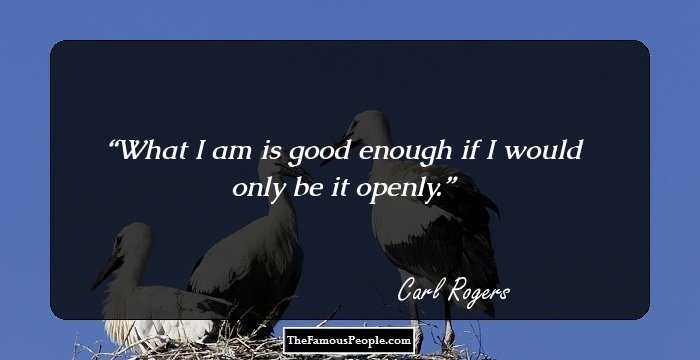 Personal Life & Legacy
On August 28, 1924, in spite of his parents’ objections, he married Helen Elliot. In 1926, their first child, David was born; he was followed in 1928 by Natalie who is now is a prominent expressive arts therapist.
On February 4, 1987, Carl Rogers died of a heart attack in San Diego, California. Days prior to his death, he had undergone hip surgery and been nominated for the Nobel Peace Prize for his work in conflict resolution in South Africa and Northern Ireland.
His Person-Centered approach to psychotherapy is the dominant approach to therapy in the United States today. It is applied in psychotherapy, education, and business settings with great success.
Trivia
Carl Rogers developed a ‘non-directive’ counseling program for returning World War II veterans.
His book, ‘Freedom to Learn’ (1969) has inspired educators in the United States and abroad to adopt a more student-centered learning approach
You May Like

Quotes By Carl Rogers | Quote Of The Day | Top 100 Quotes

See the events in life of Carl Rogers in Chronological Order