Buju Banton who is currently serving a ten year sentence is one of the greatest dancehall, ragga, and reggae musicians of the 20th century. His music is known to have resemblance with the music style of Bob Marley and has earned positive and favorable reviews. Banton’s journey as a musician began very early; he was 12 when he picked the microphone for the first time to ‘deejay’ and ‘toast’. A huge fan of Burro Banton, a renowned dancehall reggae deejay of the mid-eighties and nineties, Buju tried to match his voice and in the process developed his own style. He rose to stardom with his albums ‘'Til Shiloh’ and ‘Inna Heights’ which increased his international audience. Majority of his songs criticize the violence prevalent among the youth of Jamaica. Some of the songs also deal with issues like AIDS and try to promote the use of contraceptives. For the philanthropic themes of his songs he was invited to meet the Prime Minister of Jamaica and was bestowed with several awards and honors. However, drug abuse and trafficking has brought his career to standstill as he was convicted of possessing cocaine and has been imprisoned for the same. To know more about this famous reggae and dancehall musician, read the biography below. Dave Galafassi
15th July In History
DID WE MISS SOMEONE?
CLICK HERE AND TELL US
WE'LL MAKE SURE
THEY'RE HERE A.S.A.P
Quick Facts

Jamaican People
Male Musicians
Cancer Musicians
Jamaican Musicians
Cancer Men
Childhood & Early Life
Born into poverty in a Jamaican neighborhood, Banton was named Mark Anthony Myrie. His mother called him ‘Buju’ lovingly and was plump and chubby as a child.
As a youngster, he was very fond of watching his favorite artists at the local dance halls and began deejaying (DJ) at the age of 12.
Continue Reading Below
Career
In 1986 one of his fellow deejays introduced him to producer Robert Ffrench who helped him release his first single ‘The Rule’ in 1987.
In 1988, his first recorded song ‘Boom Bye Bye’ was released and in 1991 he signed up with Penthouse Records labels in collaboration with producer Dave Kelly. Later, Dave started his own label Madhouse Records.
Success came flooding to him as he broke reggae legend, Bob Marley’s record for the highest number of number one singles in one year. But the same year he also faced immense controversy owing to "Love Me Browning” in which he expressed his fondness for light-skinned women.
He released “Love Black Woman” the same year in an attempt to appease his fans. However, after the unofficial re-release of the “Boom Bye Bye” his career was on the verge of collapsing.
He was severely criticized in the US and UK, for which he had to issue a public apology. In 1993, he released his next album ‘Voice of Jamaica’ which won him several awards and great appreciation from the public.
In 1995, he came up with his fifth album ‘'Til Shiloh’ which was different from the typical dance hall music. It was more of reggae music and also showed a Rastafarian influence.
The album has the hit single ‘Untold Stories’ which according to some is Banton’s best work till date. He was also compared with Bob Marley and became one of the most influential figures in the world of dance hall music.
His international fame grew with the release of the 1997 album ‘Inna Heights’ which has the hit numbers ‘Destiny’ and ‘Hills and Valleys’.
In 1998, he collaborated with the punk band ‘Rancid’ to release ‘Misty Days’, ‘Hooligans’ and ‘Life Won't Wait’. His next album was ‘Unchained Spirit’ released, in 2000 which enjoyed moderate success.
‘Friends for Life’ an albums largely based on politics was released in 2003 and in 2006 he released ‘Too Bad’ which revisited the dance hall style of music. ‘Driver A’ from the album became a huge hit.
Major Works
In 1995 he released 'Til Shiloh' an album with enjoyed a cult status as it was a shift from the popular dancehall music and focused on reggae and propounded Rastafarianism.
His ‘Rasta Got Soul’ released on 21st April 2009 was also a big hit and won a Grammy nomination.
‘Before the Dawn’ released on September 28, 2010 was a Grammy Award winning album.
Awards & Achievements
Banton’s album ‘Rasta Got Soul’ earned a Grammy nomination under the category, ‘The Best Reggae Album’ in 2010.
In the 53rd annual Grammy Awards conducted on 13th February 2011 his album ‘Before the Dawn’ was awarded a Grammy in the ‘Best Reggae Album’ category.
Personal Life & Legacy
He was convicted of drug abuse in December 2009 by Drug Enforcement Administration in Miami. He was found to have over five kilos of cocaine and was consequently imprisoned. After repeated convictions and several trials, he is currently serving a 10-year jail sentence which will end in January 2019.
Trivia
This famous reggae and dancehall singer from Jamaica is known for his spite towards homosexuals and was even known to have signed the Reggae Compassionate Act which does not perform homophobic songs.

See the events in life of Buju Banton in Chronological Order 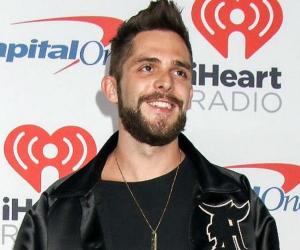