Pete Wentz is a famous American Musician, lyricist, bass player and author. Check out this biography to know about his childhood, family life, achievements and other facts about his life.

DID WE MISS SOMEONE?
CLICK HERE AND TELL US
WE'LL MAKE SURE
THEY'RE HERE A.S.A.P
Popularity Index
Musicians #1116
Peter Wentz
Quick Facts 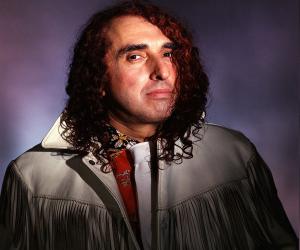 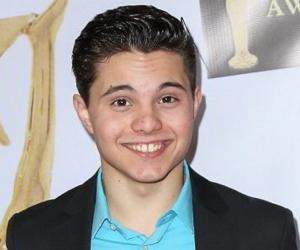 Zach Callison
Pete Wentz is a famous American musician, lyricist, bass player, and author. He is well known for his role as the bassist and the primary lyricist of the Chicago-based rock band, ‘Fall Out Boy’. Wentz is a famous writer as well and had written a few books. He has always been involved in many entrepreneurial ventures and even owns his own clothing company. Pete was the host of the American reality competition series ‘Best Ink’ for Season 2 and Season 3. He has been an avid follower and promoter of the straight edge lifestyle from his early days. Pete also works regularly in collaboration with UNICEF’s ‘Tap Project’, which helps provide clean drinking water to people in need all around the world. With such a bright mind and kind heart, it is no surprise that Pete is where he is today: An acclaimed musician, an award-winning lyricist, a successful business owner and an exceptional bass player, Pete Wentz has inspired millions of people around the globe with his straight edge lifestyle and his mesmerizing talents. DePaul University
Male Musicians
Gemini Musicians
American Musicians
Childhood & Early Life
Peter “Pete” Lewis Kingston Wentz III was born on 5 June 1979 in Wilmette, Illinois, a posh suburb of Chicago. His parents are Pete Wentz II, an attorney, and Dale (née Lewis), a high school admissions counsellor at the time.
Pete Wentz is of English–German descent from his father’s side and of Afro–Jamaican descent from his mother’s side. He has two siblings, a younger sister named Hilary and a younger brother named Andrew.
Pete Wentz attended the New Trier High School and the North Shore Country Day School. He was famous as an all-state soccer player while in school. Although very good at it, Pete never really thought about soccer as a profession as he found music to be more challenging.
He began to skip his classes regularly during the first year of his high school to go smoking marijuana with his friends. He later decided to quit as it had started affecting his grades and his life.
After graduating, Pete got a job at the Subway restaurant in Chicago Loop while attending the DePaul University. He was studying Political Science at the university but later decided to drop out because he had earned a promotion at his job at Subway and wanted to focus on it.
Pete Wentz, who had grown up with his long-time band member Joe Trohman, had been a part of a number of bands before joining the ‘Fall Out Boy.’ His previous bands were the Firstborn, Arma Angelus, 7 ages of the Apocalypse, Culture of Violence, Extinction, Forever Ended Today, and the Yellow Road Priest.
Continue Reading Below
You May Like

Gemini Men
Musical Career
Pete Wentz played a key role in the early Chicago hardcore punk scene. He was part of numerous bands and was the lead vocalist for Arma Angelus from 1998 to 2002.
Pete was introduced to Patrick Stump and Andy Hurley by Joe Trohman. The four began jamming part-time while Wentz was still a part of Arma Angelus. After Arma Angelus’s last show in 2002, the four decided to form a new band, ‘Fall Out Boy’.
’Fall Out Boy’ released their first EP titled ‘Project Rocket/Fall Out Boy’ in 2002. This was a split EP by the band in collaboration with Project Rocket.
The band released their first full length album titled ‘Take This to Your Grave’ through record label Fueled by Ramen in 2003.
After the release of their first full length album, Fall Out Boy was signed on by a major record label named Island Records in the year 2003. The band went on to release an acoustic EP titled ‘My Heart Will Always be the B-Side to My Tongue’ in the year 2004.
Fall Out Boy released their first full length album with Island Records in 2005 and it was named ‘From Under the Cork Tree’. The album has since then been classified as double platinum by the RIAA. Pete Wentz wrote the lyrics to the lead single, ‘Sugar We’re Going Down’ which hit #8 on the Billboard Hot 100 and spent months in the Top 30 and Top 50.
The band released their next album titled ‘Infinity High’ in 2007 which was a huge success. The album debuted at #1 on the Billboard 200 and sold over 260,000 copies in its first week. Its song ‘This Ain’t a Scene, It’s an Arms Race’ peaked at #2 in the charts while the second single ‘Thnks fr th Mmrs’ sold over 2 million units in the U.S alone.
Fall Out Boy released their fifth studio album ‘Folie å Deux’ on 13 December 2008 and it debuted at #8 on Billboard 200. The boys toured extensively to promote this album.
The band, ‘Fall Out Boy’ took an indefinite hiatus starting from 20 November 2009 as they were unsure of their future as a band. Pete Wentz had his own reasons for taking a break and was even quoted saying “I think the world needs a little less Pete Wentz”. Many speculate this was due to Pete Wentz’s marriage to Ashlee Simpson affecting the band’s progress and image.
Continue Reading Below
Pete Wentz formed a ska/electropop band named Black Cards in July 2010 along with other band members, Bebe Rexha, Nate Patterson, and Spencer Peterson. The band’s sound was inspired by Jamaican Reggae songs. The band officially disbanded and announced this news on 12 January 2012 via a Facebook post after Bebe Rexha, the vocalist, decided to quit.
The band Fall Out Boy ended their hiatus on 4 February 2013 and released their new single from their new album titled ‘Save Rock and Roll’. The band surprised the whole world via an announcement of this on their official webpage.
Other Ventures
In addition to music, Pete Wentz has been involved in other ventures as well. He is the owner of Clandestine Industries and in 2007, fashion company DKNY partnered with Clandestine Industries for further business ventures.
Pete Wentz was also involved in a business venture with his bandmates as well as members of bands like ‘The Academy Is…’ and ‘Gym Class Heroes.’ They all opened a nightclub in New York City named ‘Angels & Kings’ on 20 April 2007. The group opened another branch a few months later in Chicago as well.
Pete Wentz and Travis McCoy created a number of art pieces for an art exhibit titled ‘Without You, I’m just Me’. The exhibit was showcased in Gallery 1988 in the city of Los Angeles from 13-24 December 2008.
Wentz released the first issue of his comic book mini series titled ‘Fall Out Boy Toy Works’ on 2 September 2009. The comic was written by Brett Lewis and the art was by Sam Basri. He made a cameo appearance in the 2009 movie ‘Degrassi Goes Hollywood’ playing himself.
Pete Wentz released a book titled ‘Gray’ which was released on 26 February 2013. Formerly titled ‘Rainy Day Kids’, Wentz wrote the book in collaboration with MTV News Writer and former FNMTV co-host James Montgomery.
He appeared on the Nickelodeon series ‘School of Rock’ as a guest in the year 2016.
Major Works
Pete Wentz’s band ‘Fall Out Boy’ released their first full length album with a big record label titled ‘From Under the Cork Tree’ in 2005, which as of today is classified as double platinum by RIAA. The album was ranked eighteenth on the "Top 100 best-selling albums of the year in the US" in the year of its release.
Continue Reading Below
Awards and Achievements
Pete Wentz was nominated for the ‘Best Original Song’ award at the PFCS Award show. The nomination was for his soundtrack in the animated movie ‘Big Hero 6’.
Personal Life
Pete Wentz suffers from bi-polar disorder and has been taking medication for the same since the age of 18. He attempted suicide in February 2005 by taking an overdose of Ativan. This suicide attempt later inspired the song ‘7 Minutes in Heaven’ which was released in the album ‘From Under the Cork Tree’.
He started dating singer and model Ashlee Simpson in April 2006 and the two were married on 17 May 2008. They had a son on 20 November 2008.
Ashlee Simpson filed for divorce in February 2011 and the divorce got finalized on 22 November the same year.
Pete later started dating Meagan Camper. The couple had a son in August 2014.
Trivia
He is the author of a book titled ‘The Boy with a Thorn in his Side’.
Pete is the owner of his own record label ‘Decaydance Records’.
This popular musician was an all-state soccer player and also knows how to play the guitar.
He has two dogs named Hemingway and Rigby.
His grandfather was related to General Colin Powell and had served as the U.S Ambassador to Sierra Leone.

See the events in life of Peter Wentz in Chronological Order