William Bruce Jenner, now known as Caitlyn Jenner, is a former US track and field athlete, a businessman and a famous television personality. In 2015, he came out in the open as a transgender and changed his name to Caitlyn. He was an Olympic gold medalist in the Montreal 1976 Summer Olympics in decathlon. His accomplishments have earned him many commercials, infomercials and primetime shows on television. He supports many charitable organizations and serves as an advisor on many advisory boards. Bruce is a sportscaster and commentator for several NBC sporting events and is regarded as one of the outstanding sportscasters. He has also competitively raced various types of motor vehicles, including powerboats and stock cars, in his off-time. Bruce is also an adored motivational speaker and his message, “Finding the Champion Within,” is relevant to people everywhere. Recently in 2007, he again hogged limelight as a participant in the E! Network reality program, ‘Keeping up with the Kardashians’. He is also an avid golfer and always finds time to play golf, race cars in Grand Prix events or fly motorized helicopters. Bruce is considered to be the Jack of all trades and he remains equally enthusiastic in all his endeavors. Image Credit
https://commons.wikimedia.org/wiki/File:Caitlyn_Jenner.jpeg
(US Mission to the UN, Public domain, via Wikimedia Commons) Burt Jenner
DID WE MISS SOMEONE?
CLICK HERE AND TELL US
WE'LL MAKE SURE
THEY'RE HERE A.S.A.P
Quick Facts

American People
Actors
Sportspersons
Business People
American Men
Childhood & Early Life
He was born to a tree surgeon, William Hugh Jenner and his wife Estelle Jenner and was second among their seven children. His grandfather was also an athlete who had participated in the Boston Marathon several times.
He attended Newtown High School in Newtown, Connecticut after spending a year at Sleepy Hollow High School in Sleepy Hollow, New York. While in fifth grade, he and his teachers realized his athletic abilities and incorporated him into the school’s football, basketball and track teams.
After graduating from high school, he soon went to Graceland University, Iowa on a football scholarship but a knee-injury forced him to stop playing football. But after 16 months he completed his first decathlon at the Drake relays gaining fifth position.
Graceland’s track coach L. D. Weldon was the first to recognize his athletic abilities and worked hard with him towards enhancing his potential in decathlon. 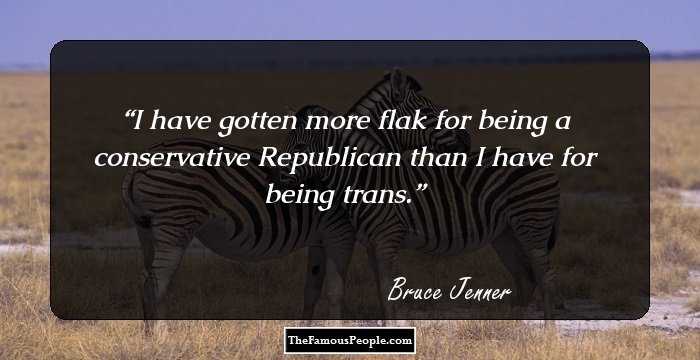 Continue Reading Below
Career
In 1972, he secured third position in the decathlon at the US Olympic trials and finished at the tenth place at the Munich Olympics. Thereafter, he underwent rigorous training at the San Jose City college track.
He won the gold medal in decathlon at the Montreal Olympics in 1976, setting the world record of 8616 points, which was later broken by Daley Thompson in 1980.
After winning in Montreal, he gave up vaulting. He quickly set out to cash in his popularity and bagged several commercials. He was shown as ‘Wheaties champion’ on the front of Wheaties brand breakfast cereal. In 1977, he was selected by Kansas city kings with the 139th pick of the NBA draft
Jenner also starred in two movies after his Olympics success but they did not get success at the box office. It included ‘Can’t stop the music’ (1980), a disco era comedy about the singing group, ‘The Village People’ and ‘Jack and Jill’ (2011) with Al Pacino.
In 1980, he started his television career starring in the TV movies, ‘The Golden Moment: An Olympic Love Story’ (1980), and ‘Grambling white tiger’ (1981). He became a guest-starring police officer in the police series ‘CHiPs’ for six episodes. He also appeared in the two video games ‘Olympic Decathlon’ (1980), and ‘Bruce Jenner’s world class decathlon’ (1996).
In 1986, he registered his first victory as a race driver in 12 hours of Sebring in the IMSA GTO class, driving the 7-Eleven Roush Racing Ford Mustang, with co-driver Scott Pruett, finishing in 4th place in the 12-hour endurance race. 1986 was also his most successful year as he finished to Pruett.
In 1990s he was host of an infomercial for Stair Climber Plus, a stair climbing exercise machine and did many primetime television programs and commentary on NBC, ABC and FOX sports.
In January 2002, he participated in an episode of the American series of ‘The weakest link’, featuring Olympic athletes. In the following year he was seen in the American series, ‘I’m a celebrity...Get me out of here!’ and made a cameo appearance on a third season episode of ‘The Apprentice’. He was partnered with Tai Babylonia for ‘Skating with Celebrities’ that aired in 2006.
He was a guest judge on ‘Pet Star’ on Animal Planet and was a part of NBC’s game show ‘identity’ and ‘Celebrity family feud’. He also appeared in episodes of ‘Murder she wrote’, ‘Family guy’, and few talk shows such as ‘Hannity’ and ‘The Bonnie Hunt Show’.
Continue Reading Below 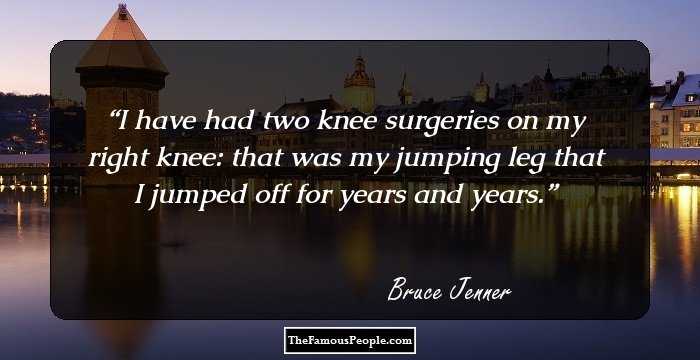 Major Works
In late 2007, he starred in a reality series, ‘Keeping up with the Kardashians’. Wife Kris Jenner, step-children Kourtney, Kim, Khloe, Rob and daughters Kylie and Kendall also featured in the show. The show was a hit and is among the highest-rated series.
In 1980s, he was the marketing name for Bruce Jenner's Westwood Centers for Nautilus & Aerobics. He owns a company named ‘Bruce Jenner Aviation, which sells aircraft supplies to corporate houses. He was also the business development vice president for a staffing industry software application known as ‘JennerNet,’
Awards & Achievements
He won the gold medal for Decathlon at the 1976 summer Olympics held in Montreal. In the same year, he received James E. Sullivan award as the top amateur athlete in the USA, and associate press male athlete of the year.
In 1980, he was inducted into the United States National Track and Field Hall of Fame
In 1986, he was inducted into the Olympic Hall of Fame.
In 1994, he was included in the Bay Area Sports Hall of Fame and the Connecticut Sports Hall of Fame.
Recently in 2010, he was inducted into the San Jose Sports Hall of Fame. 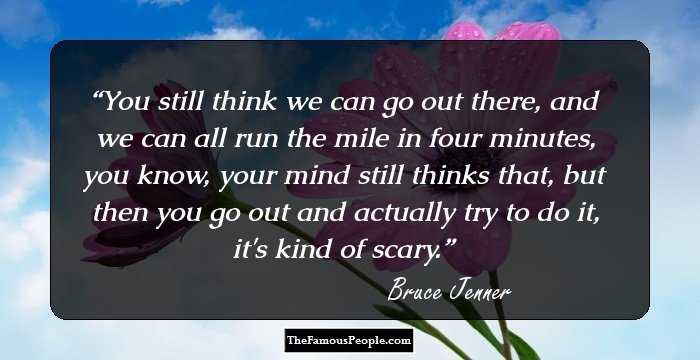 Quotes: Think
Personal Life
On December 15, 1972, he married Chrystie Crownover. This lasted till Jan 2, 1981. He has two children with her, Burton William ‘Burt’ Jenner and Cassandra Lynn "Casey" Jenner.
In 1981, he married for the second time to Linda Thompson and has two sons with her namely, Brandon Thompson and Sam Brondy. They appeared in their own reality show ‘The Princes of Malibu’ featuring their step-father David Foster.
On April 21, 1991, he married Kris Kardashian after dating her for five months and has two daughters with Kris - Kendall Nicole and Kylie Kristen. He is also the step-father of Kris' four children from her previous marriage - Kim, Khloe, Kourtney and Rob Kardashian. His professional career evolved into being a television celebrity since he appeared with his blended family in ‘Keeping up with the Kardashians, produced by Kris. The Jenners announced their separation in October 2013 and Kris Jenner filed for divorce in September 2014.
Bruce Jenner Is Now Caitlyn Jenner
In June 2015, Bruce Jenner came out as transgender and changed his name to Caitlyn Jenner. In an interview to Diane Sawyer, Bruce Jenner told that she now regarded herself as female. Jenner said that - "he’s lived a lie his whole life about who he is" and said that she was embracing femininity after a lifelong struggle with gender identity.
Bruce Jenner's transformation into a woman happened with a gusto as she posed in her new avatar as 'Caitlyn' in a scantily-clad corset for Vanity Fair's July 2015 cover.
Trivia
He is mentioned by name in the Monique Powell song ‘Spam’ and Pearl Jam song ‘Olympic platinum’.
He was diagnosed with dyslexia in early childhood. He's the host of Demystifying Dyslexia, a documentary that shows the challenges of living and learning with dyslexia.

Quotes By Caitlyn Jenner | Quote Of The Day | Top 100 Quotes

See the events in life of Caitlyn Jenner in Chronological Order