BrodyAnimates is the online alias of Canadian YouTube animator Brody Boutcher who has more than 650K subscribers on his YouTube channel. He also has a second YouTube channel called Brody, but does not post on it very often. He started out posting animated story-time videos about his childhood experiences and later also featured funny skits. Moreover, he uploads collaborative discussion videos about various topics with his friends and fellow YouTubers Infamous Swoosh, Junky Janker and Haminations. Lunar Eclispe
27th March In History
DID WE MISS SOMEONE?
CLICK HERE AND TELL US
WE'LL MAKE SURE
THEY'RE HERE A.S.A.P
Quick Facts

Inspired by other YouTubers that he watched, BrodyAnimates created his own YouTube channel at the age of eight on November 24, 2013. He initially used the username ‘FlawlessYoshi47’ and uploaded “very very cringy Mario Plush videos”, but later switched to Minecraft videos following popular trend. However, he was not happy with the content and later either unlisted or deleted most of his earlier videos. He loved watching animations by YouTubers like Domics, Jaiden Animations, and GingerPale and began uploading his own animations on YouTube starting with The Quest For the Cookie (School Project) on January 22, 2018.

He continued to make several short animation videos, often featuring his twin brother Brock. Around this time, his fan arts were re-tweeted by bigger YouTube animators like Aidini Tortellini (now known as ‘Tortie’) and GingerPale, which further gave him exposure. After reaching 500 subscribers, he made his first Q&A video on May 7, 2018 in which he thanked his followers and mentioned how “terrifying and really cool at the same time” the experience was. On June 1, 2018, he uploaded the video Being An Identical Twin (ft. TheAMaazing), which contained voiceover by TheAMaazing and a shout-out from Junky Janker, and was very popular and achieved over a million views quickly.

The same month, he attended VidCon 2018 where he met and got shout-outs from several big YouTube animators. His channel continued to grow rapidly in the following months, helping him reach 100k subscribers on January 30, 2019. Brody, who had gone to VidCon 2018 as a fan, went to the next VidCon in July 2019 as a big YouTuber himself, and apart from meeting up with his friends from the community, he also hosted a meet-and-greet for his fans.

As his channel grew, BrodyAnimates started to collaborate with other YouTube animators, like Aidini Tortellini on the video My Random Thoughts (Brody Edition) posted on April 30, 2018. After crossing 1k subscribers on his channel, he revealed his channel trailer on Jun 13, 2018, in the video ‘1000 SUBS! (Animation) (Channel Trailer) ft. Lots of peeps’, in which he featured several other YouTubers such as ToastedNoodle, GetMadz, Junky Janker, Awesomemay and Laddi. Later that year, he was one of several YouTube animators to provide animations for the video ‘My 'like a taxi but not' Experiences’ on SomeThingElseYT’s YouTube channel on December 22, 2018. Furthermore, he became good friends with fellow YouTube animators like Infamous Swoosh, Haminations and Junky Janker at VidCon and often features them in collab videos on various topics.

BrodyAnimates was born as Brody Boutcher on March 27, 2005 in Canada. He has an identical twin brother named Brock, who is just four minutes older than him, as well as an older sister named Jade who is two years older. In 2011, the siblings got their first iPad, which is what made Brody interested in YouTube and Minecraft. Since the early days of his animation channel, his brother Brock often provided voiceovers for himself in Brody’s videos and also showed his face in the video 300 SUBS! on April 16, 2018, even though Brody had not showed his own face yet. He later showed his face on YouTube on his VidCon 2018 vlog, but he had previously revealed his face on Twitter.

In September 2018, he featured voiceovers from his entire family in the video The Time I Spent $800 on Smurfberries (ft. My family). Although Brody almost always wears a red beanie and also draws his avatar wearing one, he did not wear one during his trip to VidCon 2018. There is an inside joke that a monster named Greg lives in his beanie. He and his brother were in the ice hockey team in school and he has mentioned his experiences with the sport in several videos. 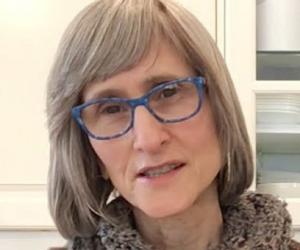 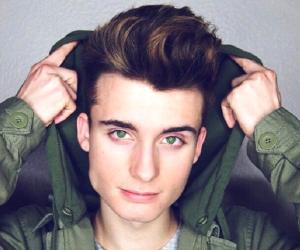 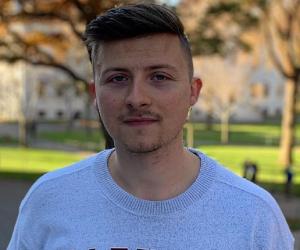