DID WE MISS SOMEONE?
CLICK HERE AND TELL US
WE'LL MAKE SURE
THEY'RE HERE A.S.A.P
Popularity Index
00
Historical Personalities #3122
Quick Facts 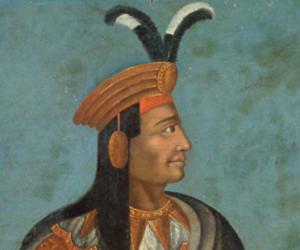 Bryson, better known by his stage name Haminations, is a social media personality and prominent YouTube star. He runs the Youtube channel, Haminations, where he posts animated storytime videos and vlogs for close to 2 million subscribers. He is present on Instagram as haminations_official and has over 88k followers on his account. Haminations is also active on the video-sharing platform Cameo where he sends personalized video messages to his fans and followers. He can be found on Twitter as Bryson (@Haminations) and has close to 70k followers on his account. Haminations hosts his official merchandise on Crowdmade.

Haminations created his channel in February 2017. His first video was titled “Octopus Attack!!” He started posting vlogs and storytimes on his channel that were expressed via original animations. His unique form of content was quick to charm the audience and he soon emerged as one of the most popular content creators on Youtube. In May 2021, he became a recipient of Youtube’s Gold Creator Award after his channel surpassed 1 million subscribers. The most popular video on his channel is titled “I Look Young.” Haminations often collaborates with other eminent Youtube icons such as Infamous Swoosh, BrodyAnimates, and Junky Janker.

He is also popular on Instagram where he posts photos of his dogs and stills of his animations. While he is yet to mark his debut on TikTok, Haminations has some fan accounts on the platforms that post snippets of his animated content.

Haminations was born on March 12, 2001, in the United States. He has 3 brothers named Brody, Brayden, and Brenner. There is not much information available about his parentage and family. His zodiac sign is Pisces.

Haminations is a dog person and has 2 named Dixie and Beau. He often posts photos of his dogs on Instagram. He also has 2 pet tortoises named Scooter and Egg. He is friends with Brody Boutcher, also known as BrodyAnimates, and frequently collaborates with him on Youtube. He uses Adobe Animate to create animations for his videos. He revealed his face for the first time in 2020. Interestingly, that same year, he dropped out of college.

Haminations is known to keep his personal life out of social media. As such, he has not shared anything related to his past relationships and is yet to reveal his current relationship status.

See the events in life of Haminations in Chronological Order