(Former Educator and Wife of Emmanuel Macron, President of France)

Brigitte Macron is the wife of Emmanuel Macron, the current President of the French Republic. She is a former high school teacher. Her marriage to Macron is regarded as unconventional by many due to the fact that she is senior to her husband by 25 years. A professionally qualified teacher, she worked at the La Providence, a Jesuit high school in Amiens, for several years. She taught French and Latin, and also ran the theater club where she first met Emmanuel Macron who was a budding actor. She appreciated his talents and encouraged him to do this best. What started as a mentor-protégé relationship eventually developed into a romantic liaison despite their age difference and the fact that Brigitte was already married. Their relationship continued over the years and finally culminated in marriage after Trogneux divorced her first husband. Brigitte Macron has played a major role in her husband’s flourishing political career and acts as a guide and adviser to him on important matters. Pierre de Coube...
13th April In History
DID WE MISS SOMEONE?
CLICK HERE AND TELL US
WE'LL MAKE SURE
THEY'RE HERE A.S.A.P
Quick Facts 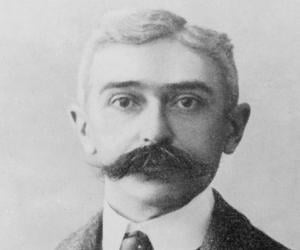 French People
Women Educators
French Educators
Aries Women
Childhood & Early Life
Brigitte Macron was born Brigitte Marie-Claude Trogneux on 13 April 1953 in Amiens, France, to Simone and Jean Trogneux as the youngest of their six children.
She hails from a well-known family of chocolatiers whose confectioneries are very popular in the north of France. The company’s best-known products are their macaroons, or Macarons d’Amiens.
Continue Reading Below
Career
Brigitte chose teaching as her profession and over the course of her career, she taught French and Latin at La Providence, a Jesuit high school in Amiens. She also ran the theater club, and supervised the students’ literary pursuits.
At that time, her present husband, Emmanuel Macron, was a teenage student with a keen interest in dramatics. As a teacher, Brigitte encouraged this bright boy who was cast in a lead role in a school play ‘Jacques and his Master,’ by Czech writer Milan Kundera. The duo often met after class and had long discussions.
Eventually their relationship turned romantic, much to the chagrin of Macron’s parents who sent him away to another city for the completion of his high school education.
Personal Life & Legacy
Brigitte married a banker, André Louis Auzière, in June 1975. The couple had three children, Sebastien, Laurence, and Tiphaine Auzière, who are now all grown up and work as an engineer, a cardiologist, and a lawyer respectively.
It was while teaching at La Providence that Brigitte first met Emmanuel Macron. In 1993, the 15-year-old Macron performed exceptionally well in a school play supervised by Trogneux following which she tenderly kissed him on the cheek, in front of the audience. Soon Emmanuel Macron fell badly in love with his teacher and their relationship turned romantic.
Distraught at this liaison between their young son and his married teacher, Emmanuel Macron’s parents removed him from the school and sent him to another city for his final year. This, however, did not deter the teenager, and he promised his teacher that he would return one day to marry her. The couple resumed their relationship once Macron completed his education and he successfully persuaded Brigitte to agree to his marriage proposal. Brigitte divorced her husband in 2006 and married Macron in 2007.
While their unconventional marriage—which has its roots in a scandalous love affair—did raise some eyebrows on the international political scenario, the French public remains largely unaffected due to its open-mindedness towards consensual relationships. As of today, being the wife of a prominent politician, Brigitte Macron plays an important role in shaping the career of her husband and remains his biggest supporter.