Bozoma "Boz" A. Saint John (née Arthur) is a Ghanaian-American executive. She is the Chief Brand Officer at Uber and a former marketing executive at Apple Music and iTunes. As an immigrant to the US, Saint John up grew up ambitious and as an ardent believer in the American dream. She finished her education and joined the workforce immediately after. At the beginning of her career, she found employment at several advertising agencies in various capacities and then briefly served as the Vice President of Marketing for Ashley Stewart. In 2005, she became the Senior Marketing Manager at PepsiCo and led the company’s venture into music festival-based marketing. After a decade-long tenure there, during which she revolutionised and redefined numerous industrial norms, she was hired by Beats Music, a subscription-based online music streaming service which was soon acquired by Apple Inc. Saint John experienced a rapid rise through the ranks and was made the head of global consumer marketing for iTunes and Apple Music. In 2017, after successive meetings with Arianna Huffington and then CEO of Uber, Travis Kalanick, she made the decision to join the company as its Chief Branding Officer, with the vision of making it as popular among people as Apple has become. 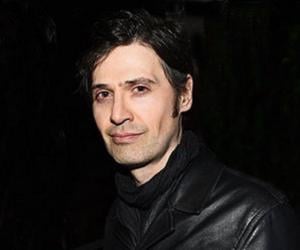 Princess Beatri...
Continue Reading Below
DID WE MISS SOMEONE?
CLICK HERE AND TELL US
WE'LL MAKE SURE
THEY'RE HERE A.S.A.P
Quick Facts

American People
Wesleyan University
University Of California, Los Angeles
Aquarius Women
Career
Bozoma Saint John began her professional career doing multiple menial jobs. Her first significant job was at Arnold Worldwide, an advertising agency headquartered in Boston, Massachusetts. In 2000, she began working for filmmaker Spike Lee’s advertising firm Spike DDB, which is based in Brooklyn, New York, as their senior account executive.
One of the most important moments in her professional life came about in March 2005, when PepsiCo offered her a job as its new Senior Marketing Manager. She accepted and gradually ushered in changes that helped the multinational company stay competitive in the new millennium. It was her idea to set up the Music and Entertainment Marketing department that helped the company access all music-related markets more efficiently by sponsoring music festivals and award shows. Understandably, she was picked as the head of the department, a position that she held for the next ten years.
Between November 2009 and January 2011, Saint John also served as the Vice President of Marketing and E-commerce for Ashley Stewart, a fashion and lifestyle brand known for its plus size women’s clothing.
She was hired at Beats Music by its co-founder and the Chairman of the Board Jimmy Iovine himself as the head of the marketing department due to her past experience in the music industry. Beats Music was bought by Apple Inc. in 2014, alongside Beats Electronics for $3 billion in cash and stock deal, and soon Saint John was promoted as the head of the Global Consumer Marketing Division of Apple Music and iTunes. She thrived in that role and contributed significantly to Apple’s continual dominance in the technology sector. She was the one who envisioned the popular Apple commercial with Taraji P. Henson, Mary J. Blige, and Kerry Washington. It was also her who arranged Beyoncé’s iconic performance at Superbowl XLVII.
When she left Apple for Uber in June 2017, there were allegations of poaching against the latter organization, but Saint John herself denied them. She joined the global transportation technology company during a turbulent period. Travis Kalanick, one of its founders, had resigned amidst mounting allegations of sexual harassments. Her conversations with Kalanick and Arianna Huffington, co-founder of The Huffington Post and Uber board member, convinced her that joining Uber as its Chief Branding Officer was the next step forward in her career.
In 2014, Saint John was inducted into the American Advertising Hall of Achievement.
You May Like

The Hottest Male Celebrities With The Best Abs
Continue Reading Below
Personal Life
Bozoma Saint John was born on January 21, 1977, to parents Rev. Dr Appianda Arthur and Aba Arthur (née Enim). There is a dispute over her place of birth, as some sources claim she was born in Ghana while others say that she was born in America and moved to Ghana when she was six months old. Either way, she, her parents, and her three younger sisters moved to Colorado Springs in 1991. Her father, who was a clarinet player and a former member of the Parliament of Ghana (tenure: 1979-81), had previously served in the Ghanaian army. In the US, he enrolled at Wesleyan University, from where he later received a PhD in Ethnomusicology.
Saint John has named her father as her biggest inspiration, and following his footsteps, she attended Wesleyan and graduated with a Bachelor of Arts degree in African American Studies and English in 1999.
She met her husband Peter Saint John during her time at PepsiCo. Peter died of Burkitt lymphoma in 2013. They had a daughter together, Lael Saint John. After her husband’s death, she and Lael moved from New York City to Los Angeles where she currently resides.
Trivia
Saint John co-produced the 2012 short film ‘Vet’ starring Mfundo Morrison. 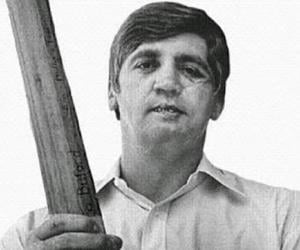 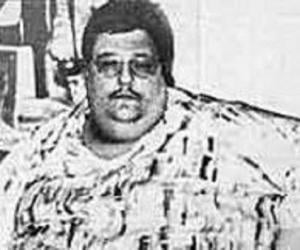 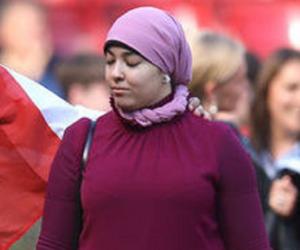