Mark Felt was a special agent at the Federal Bureau of Investigation (FBI) and later on also served as the Associate Director of the FBI. In 2005, he revealed to the American public that he was in fact ‘Deep Throat’, the secret government informant who passed o sensitive information to Carl Bernstein and Bob Woodward, the journalists responsible for bringing the ‘Watergate’ scandal to light. The scandal eventually led to the resignation of President Richard Nixon. He is often described to be one of the earliest whistleblowers in history. Felt was forced to end his thirty-one-year career at the Bureau after being accused of leaking sensitive information regarding former director of the FBI, J. Edgar Hoover’s illegal surveillance methods. Felt and his colleague, Edward Miller, themselves were prosecuted for their roles in the conducting of illegal surveillance and were found guilty in 1980. They were eventually pardoned by President Ronald Reagan in 1981. Felt has been the subject of multiple books and movies about the tumultuous period during the term of President Nixon. Stephanie Grisham
DID WE MISS SOMEONE?
CLICK HERE AND TELL US
WE'LL MAKE SURE
THEY'RE HERE A.S.A.P
Quick Facts

American Celebrities
George Washington University
Male Activists
American Activists
Leo Men
Childhood & Early Life
William Mark Felt was born on 17 August 1913, in Twin Falls, Idaho to Mark Earl Felt, a Rose R. Felt. Mark R. Felt worked as a carpenter and building contractor.
In 1931, he graduated from Twin Falls High School and then attended the University of Idaho. At the university, Felt was a member of the Gamma Gamma chapter of the Beta Theta Pi fraternity. In 1935, he successfully obtained a BA from the University.
Soon after, Felt moved to Washington. D.C. He began working in the Office of a Democratic U.S Senator James P. Pope. He eventually continued working for Pope’s successor Senator David Worth Clark.
During this time, he also attended George Washington University Law School at night.This eventually earned him a law degree in 1940. In 1941, he was admitted to the District of Columbia bar.
Soon after graduating, Felt obtained a position at the Federal Trade Commission. He did not enjoy his time here as he felt his workload was light.
In November 1941, he applied for a job at the FBI and was accepted. Felt first day working for the bureau was 26 January 1942.
Continue Reading Below
You May Like

Famous Beautiful Women With Green Eyes
Career
Soon after Felt successfully completed his sixteen weeks of training at the FBI Academy located in Quantico, Virginia, he was stationed at the state of Texas, traveling across field offices in San Antonio and Houston.
He briefly served in The Espionage Section of the Domestic Intelligence Division until it was abolished after V-E Day in May 1945.
After the end of the World War II, Felt was assigned to several field offices, first in Seattle, then New Orleans, and then to Los Angeles.
In 1958, Felt was assigned to Kansas City, Missouri. He remained there for four years and returned to Washington, D.C. in September 1962 to serve as assistant to the Bureau’s assistant director in charge of the Training Division.
In November 1964, he was promoted to the position of Chief Inspector of the Bureau and Head of the Inspection Division. Later on Felt was promoted to Deputy Associate Director of the Bureau by J. Edgar Hoover the Director of the FBI. He was assigned to assist Hoover’s close confidant, Associate Director, Clyde Tolson.
On the morning of 2 May 1972, Hoover was found dead. President Nixon appointed L. Patrick Gray III as Acting FBI Director. Felt was promoted to the position of Assistant Director of the FBI.
Hoover’s secretary, Helen Gandy, began destroying his files on the day of his death. These files contained derogatory details about individuals whom Hoover investigated and manipulated.
On 4 May 1972, she gave 12 boxes containing Hoover’s files to Felt, who stored these files in his office.
On 27 April 1973, Gray was forced to resign after it had been revealed that he had destroyed a file that had been stored in the White House safe of E. Howard Hunt. Gray recommended Felt to take up his position.
Continue Reading Below
During mid-1973, The New York Times ran a series of investigative articles on how J. Edgar Hoover organized illegal wiretaps and surveillance on suspects. Felt was accused of being the source for these leaks. On 22 June 1973, Felt resigned from the Bureau, eventually ending his thirty-one-year career.
In 1975, Felt was called before the U.S. House to testify over the destruction of Hoover’s papers.
On 10 April 1978, a federal grand jury charged Felt, his colleague, Deputy Assistant Director, Edward Miller, and then Director of the FBI, Gray, with conspiracy to violate the constitutional rights of American citizens by searching their homes without warrants. These charges were leveled against them because of their role in conducting ‘black bag jobs’ or unconstitutional surveillance methods, on members of the leftist group ‘Weather Underground’.
After being postponed eight times, the case finally went on trial on 18 September 1980. President Nixon testified on Felt’s behalf and also contributed to Felt’s legal defense fund which ran up to $600,000.
Mark Felt and Edward Miller were judged guilty on 6 November 1980 and were sentenced to a maximum of 10 years in prison Miller was fined $3500 and Felt, $5000.
After Edwin Meese, an attorney and member of the Republican Party, made a phone call to President Ronald Reagan on 30 January 1981, urging him to issue pardons to Felt and Miller, the pardon was signed on 26 March 1981 but wasn’t publicly announced until 15 April 1981.
Major Works
Right after his training in Quantico, Felt returned to the FBI Headquarters in Washington. D.C and was assigned to track down World War II spies and saboteurs, as part of the Espionage Section of the Domestic Intelligence Division. Felt’s most notable case during his time there was the “Peasant” case. It was the codename of Helmut Goldschmidt, a German spy who Felt tracked down and fed misinformation to about Allied plans for invasion.
Right from 17 July 1972, the day of the break-in to June 1973, Felt oversaw the whole investigation into the Watergate scandal. He played a key role in the FBI’s investigation of the scandal. Throughout the investigation, Mark Felt leaked information to investigative journalists Bob Woodward and Carl Bernstein. These journalists described their source as a member of the Executive Branch and codenamed him ‘Deep THroat’. This remained a secret to the American public until Felt revealed in 2005 that he was ‘Deep Throat’.
Personal Life & Legacy
Mark Felt married Audrey Robinson in 1938. Together, they had a daughter, Joan Felt and a son, Mark Felt.
Felt’s wife Audrey suffered a nervous breakdown in 1954, due to the stresses of her husband’s career, her estrangement from their daughter as well as Felt’s transfer to Seattle.
Audrey suffered from depression in the following years and eventually committed suicide using Felt’s service revolver in 1984.
Both Felt and his son Mark Jr. decided to keep the circumstances of Audrey’s death a secret to Felt’s daughter Joan. She learned the truth of her mother’s death only in 2001.
On 18 December 2008, Mark Felt died in his sleep in his home at the age of 95. The cause of his death was said to be heart failure.
You May Like

See the events in life of Mark Felt in Chronological Order 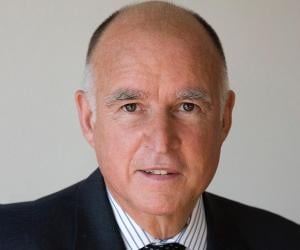