Boris Kodjoe is a German-Ghanaian actor from Austria famous for appearing in the flick ‘Brown Sugar’ as well as in the drama series ‘Soul Food’ and ‘Code Black’. He is also known to appearing on BET's ‘Real Husbands of Hollywood’ and FOX's ‘The Last Man on Earth.’ Besides these, Kodjoe has done a number of other movies and television shows as well. His notable big screen performances occurred in the films ‘Love & Basketball’, ‘Alice Upside Down’, ‘Starship Troopers 3: Marauder’, ‘Surrogates’, ‘Nurse 3D’ and ‘Addicted’. On television, Kodjoe has starred as well as guest-starred in the programs ‘Boston Public’, ‘Members Only’, ‘The Steve Harvey Show’, ‘ For Your Love’, ‘All of Us’, ‘Women's Murder Club’, ‘Code Black’ and ‘Tales’. Talking about the actor’s achievements, he has earned several award nominations till date. Kodjoe was twice nominated for NAACP Image Awards. He once also earned a Black Reel Award nomination for Best Supporting Actor. A strikingly handsome man, he was placed in People’s list of ‘50 Most Beautiful People in the World’ in 2002. John Banner
DID WE MISS SOMEONE?
CLICK HERE AND TELL US
WE'LL MAKE SURE
THEY'RE HERE A.S.A.P
Quick Facts 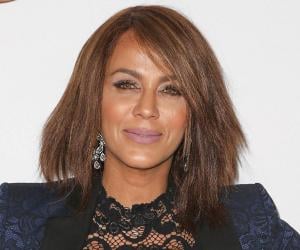 Austrian People
Black Actors
Black Models
Black Fashion
T V & Movie Producers
Career
Boris Kodjoe first appeared in an episode of the TV program ‘The Steve Harvey Show’ in 1998. He was then cast as Damon Carter in the show ‘Soul Food’ in 2000. Two years later, he appeared in the movie ‘Brown Sugar’. After this, the actor got featured in the series ‘Boston Public’. Then he had a regular role in the series ‘Second Time Around’.
In the year 2005, Kodjoe acted in the flick ‘The Gospel’. Two years later, he did the film ‘Alice Upside Down’. This was followed by the movies ‘Starship Troopers 3: Marauder’ and ‘Surrogates’ in 2007 and 2008 respectively. After this, the German-Ghanaian star became a part of the drama ‘Undercovers’ in 2010. The same year, he played Luther West in the movie ‘Resident Evil: Afterlife’.
In 2012, Kodjoe appeared in the TV movie ‘A Killer Among Us’. He also reprised his role of ‘Luther West’ in the flick ‘Resident Evil: Retribution’ the same year. In 2013, he began appearing in ‘Real Husbands of Hollywood’. He also did the movies ‘Baggage Claim’ and ‘Nurse 3D’ during this time. After this, Kodjoe was cast as Deacon in the drama ‘Members Only’. He then had a recurring role in the show ‘The Last Man on Earth’.
Recommended Lists:

Black T V & Movie Producers
Black Film & Theater Personalities
Austrian Men
Virginia Commonwealth University
Continue Reading Below
Personal Life
Boris Kodjoe was born as Boris Frederic Cecil Tay-Natey Ofuatey-Kodjoe on March 8, 1973, in Vienna, Austria, to Ursula and Eric Kodjoe. He has two sisters, Nadja and Lara as well as brother, Patrick. He studied at the Virginia Commonwealth University on a scholarship and graduated from there in 1996.
On May 21, 2005, Kodjoe married actress Nicole Ari Parker. Earlier on March 5, 2005, Parker had given birth to their daughter, Sophie Tei-Naaki Lee Kodjoe. On October 31, 2006, Parker gave birth to their son, Nicolas Neruda Kodjoe.
Recommended Lists: