Hume Cronyn was a renowned Canadian-American actor who appeared on both stage and screen. Born in London, Ontario, Canada, he made his acting debut with a supporting role in the play 'Hipper's Holiday'. He did several roles on stage throughout the next few years. He made his film debut playing a supporting role in Alfred Hitchcock's psychological thriller 'Shadow of a Doubt'. The film was nominated for an Oscar. Over the next few years, Cronyn appeared in numerous other successful films. He earned an Oscar nomination for his role in the film 'The Seventh Cross'. The film was also a commercial success. Other significant films of his career include 'Cocoon: The Return', a science fiction comedy drama film which was about some aliens and their human allies, who are in a search for certain cocoons. He also played an important role in the American drama film 'Marvin's Room'. It earned him a nomination for the 'Screen Actors Guild Award'. In recognition of his contribution to film and theatre, Cronyn has received several honors. He was inducted into the American Theater Hall of Fame and also into the Canadian Walk of Fame. He was appointed as an Officer of the Order of Canada as well. 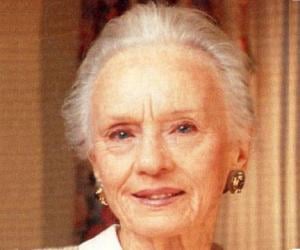 Canadian Celebrities
McGill University
Cancer Actors
Canadian Actors
Canadian Film & Theater Personalities
Childhood & Early Life
Hume Blake Cronyn Jr. was born on 18 July 1911 in London, Ontario, in Canada. His father Hume Blake Cronyn Sr. was a businessman as a well as a Member of Parliament for London. His mother Frances Amelia was the heiress of the Labatt Brewing Company.
He attended the Elmwood School, and later went to Ridley College and McGill University for higher studies. During this time, he was also an amateur boxer. He studied at the American Academy of Dramatic Arts as well.
Continue Reading Below
You May Like

The Most Popular US Veterans
Career
Hume Cronyn made his Broadway debut in 1934, playing the role of a janitor in the play ‘Hipper’s Holiday’. Throughout the next few years, he played several other roles in theatre.
He made his film debut in the 1943 psychological thriller ‘Shadow of a Doubt’. Directed by Alfred Hitchcock, the film starred him in a supporting role. The movie earned a nomination for the Oscars. Cronyn’s next appearance was in Hitchcock’s survival thriller ‘Lifeboat’. The film starred him in a supporting role. It earned nominations for three Oscars.
In 1944, he played an important role in ‘The Seventh Cross’, a drama film directed by Fred Zinnemann. Set in Nazi Germany, the story revolved around a prisoner who escaped from a concentration camp. The film earned Cronyn a nomination for the Oscars. In 1946, he played a supporting role in the film ‘The Green Years’. The film was a huge hit, and earned two Oscar nominations.
Cronyn then worked on the screenplays of the movies ‘Rope’ (1948) and ‘Under Capricorn’ (1949).
He appeared in several films over the next few years, such as ‘Brute Force’ (1947), ‘Crowded Paradise’ (1956), ‘Sunrise at Campobello’ (1960) and ‘Cleopatra’ (1963). In 1964, he won the Tony Award for his performance in Richard Burton’s ‘Hamlet’.
Other significant films he appeared in include ‘There Was a Crooked Man…’, (1970), ‘Cocoon’(1985), ‘Cocoon: The Return’ (1988), and ‘Camilla’ (1994).
Throughout his career, he had also played guest roles in episodes of many TV shows. He had acted in several television movies including ‘A Doll’s House’ (1959), ‘The Gin Game’ (1981), ‘Foxfire’ (1987), ‘Age-old friends’ (1989), and ’12 Angry Men’ (1997).
Major Works
‘The Seventh Cross’, one of Hume Cronyn’s major works, was a 1944 drama film, directed by Fred Zinnemann. Other actors in the film included Spencer Tracy, Signe Hasso, Jessica Tandy, Herbert Rudley, Felix Bressart and Agnes Moorehead. Set in Nazi Germany, the story was about a prisoner who escapes from a concentration camp. The film was a commercial success, grossing $3.6 million on a budget of $1.3 million. It earned Cronyn his first and only Oscar nomination.
‘The Green Years’, a 1946 American drama film, was another one of Cronyn’s successful works. The film was directed by Victor Saville. It was based on a novel of the same name by AJ Cronin, which had released two years earlier. Along with Cronyn, the cast included Charles Coburn, Tom Drake, Beverley Tyler, Gladys Cooper and Dean Stockwell. The film was a commercial success and earned three times its budget. It also earned two Oscar nominations.
Continue Reading Below
‘Cocoon’, another one of his major works, was an American sci-fi comedy drama directed by Ron Howard. The film was based on a novel of the same name by David Saperstein. The story was about a group of elderly people and their encounter with aliens. The film was a huge success commercially. It also won several awards including two Oscars. It was met with positive reviews from critics.
Cronyn played the lead role in ‘Age-Old Friends’, a 1989 TV drama film, which was written by Bob Larbey. The story revolved around two men at a retirement home who fight for their dignity and independence. The film won Cronyn the prestigious ‘Primetime Emmy Award’ for ‘Outstanding Lead Actor in a Miniseries or Movie’.
Awards & Achievements
Hume Cronyn’s role in the 1944 film ‘The Seventh Cross’ earned him an Oscar nomination for ‘Best Supporting Actor.’
He has won quite a few awards, including three Primetime Emmy Awards for the TV movies ‘Age-Old Friends’ (1989), ‘Broadway Bound’ (1992) and ‘To Dance with the White Dog’ (1993).
In 1964, Cronyn’s brilliant performance in Richard Burton’s ‘Hamlet’ won him the Tony Award.
In 1974, along with his wife Jessica Tandy, he was awarded with an Honorary Doctor of Laws degree by the University of Western Ontario.
Cronyn was inducted into the American Theatre Hall of Fame in 1979 and into the Canda’s Walk of Fame in 1999. He was appointed an Officer of the Order of Canada as well.
Other honors that he received include the ‘125th Anniversary of the Confederation of Canada Medal’ in 1992. In 2002, he received the Canadian version of the ‘Queen Elizabeth II Golden Jubilee Medal’.
Personal Life
Hume Cronyn’s first marriage to Emily Woodruff was short-lived and ended in divorce. He then married Jessica Tandy in 1942. The couple appeared together in several memorable movies. They had two children, a daughter Tandy, and a son Christopher. After Jessica passed away, Cronyn married Susan Cooper, an English author and playwright.
Cronyn died of prostate cancer on 15th June 2003, just a month shy of his 92nd birthday.

See the events in life of Hume Cronyn in Chronological Order