Maximilian Schell was an Austrian and Swiss actor director, producer and writer of several of his own films. His family, who vehemently opposed the Nazis fled to Zürich following the 1938 Anschluss, in which Austria was annexed by Nazi Germany. He served the Swiss army during 1948-49 and post ‘Second World War’, he began his acting career onstage and in West German films, which were mostly based on anti-war themes. Later he followed his sister actress Maria Schell’s footsteps to Hollywood where he made his debut with the film, ‘The Young Lions’. His second film in Hollywood, ‘Judgment at Nuremberg’ won him ‘Academy Award for Best Actor’, ‘Golden Globe Award for Best Actor – Motion Picture Drama’ and also ‘New York Film Critics Circle Award for Best Actor’. His ability to speak both in German and English soon saw him performing in a number of films of the Nazi-era themes. He also portrayed imminent personalities such as scientist Albert Einstein, Russian emperor Peter the Great and the Venezuelan leader Simón Bolívar. He received the ‘Golden Globe Award’ for essaying the role of Vladimir Lenin in the TV film, ‘Stalin’. Many consider his portrayal of ‘Hamlet’ onstage as "one of the greatest Hamlets ever”.
Continue Reading Below

Austrian Celebrities
Swiss Celebrities
T V & Movie Producers
Austrian Men
Swiss Men
Swiss Actors
Childhood & Early Life
He was born on December 8, 1930, in Vienna, Austria, in a Roman Catholic family of Hermann Ferdinand Schell and Margarethe (née Noe von Nordberg).
His father was a Swiss poet, playwright and novelist, who also owned a pharmacy and his mother, was an actress, who also used to run an acting school. Schell was raised in an atmosphere of art, culture and theatre, which were all pervasive in his life since childhood and thus became ingrained in him from an early stage.
His debut in theatre happened in Vienna when he was three years old.
The anti-Nazi Schell family escaped from Vienna in 1938 after Austria was annexed by Nazi Germany. They settled in Zurich, Switzerland.
Schell used to read lot of classics in Zurich and wrote his first play at ten. Initially he was not interested in acting and aspired to become a playwright like his father or a musician.
He studied at the ‘University of Zurich’ for a year. There he participated in sports like soccer and rowing. During this time he worked as part-time journalist and wrote for a few newspapers to earn money.
Post ‘Second World War’ he went to Germany and attended the ‘University of Munich’, where he studied art history and philosophy.
Thereafter he returned to Zurich and served Swiss army for one year during 1948-49 following which he studied at the ‘University of Zurich’ for another year. He also studied for six months at the ‘University of Basel’.
While studying, he performed professionally in several classical and modern plays essaying small roles. During this time he made up his mind to pursue a career in acting. He started acting at the ‘Theater Basel’ in Basel, Switzerland.
Continue Reading Below
You May Like

Who Is The Most Popular BTS Member?
Career
He made his film debut in 1955 with the West German war film, ‘Kinder, Mütter und ein General’ (‘Children, Mothers, and a General’) directed by László Benedek. For the next couple of years he worked in seven more films that were made in Europe, which include ‘The Plot to Assassinate Hitler’ (1955), ‘Jackboot Mutiny’ (1955) and ‘The Last Ones Shall Be First’ (1957).
In 1958 upon invitation to perform in ‘Interlock’, a Broadway play by Ira Levin, Schell moved to the US. He essayed the part of an aspiring concert pianist. The same year he made his Hollywood film debut with the war drama film, ‘The Young Lions’ directed by Edward Dmytryk starring along with Marlon Brando and Montgomery Clift. He impressed all with his characterisation of Captain Hardenberg, a commanding German officer.
He went to Germany again in 1960 and essayed the title role of ‘Hamlet’, a tragedy written by William Shakespeare, in a German TV film of the same name. The film was featured in 1999 in an episode of ‘Mystery Science Theater 3000’, an American comedy series.
Throughout his career, he played the role of Hamlet in two stage productions and his performance of the character is considered by many as "one of the greatest Hamlets ever".
He worked in many other television films like ‘Heidi’ (1968), ‘The Diary of Anne Frank’ (1980), ‘Miss Rose White’ (1992) and ‘Stalin’ (1992).
After 1968, he successfully directed, produced, wrote and acted in several of his own movies. Some notable ones are ‘The Castle’ (1968); ‘Erste Liebe’ (1970) that received nomination for the ‘Academy Award for Best Foreign Language Film’; and ‘The Pedestrian’ (1973), a commercial success in Germany that won a ‘Golden Globe Award for Best Foreign Language Film’ and a nomination for ‘Academy Award for Best Foreign Language Film’.
Throughout his career, he essayed varied roles in films that were themed around the Nazi-era and the ‘Second World War’. Some of them were ‘The Man in the Glass Booth’ (1975), ‘Julia’ (1977), ‘The Chosen’ (1981) and ‘Left Luggage’ (1988).
His documentary film ‘Marlene’, which was based on legendary actress Marlene Dietrich, was released on March 2, 1984. The film was nominated for an ‘Academy Award for Best Documentary’ and won ‘German Film Award’ and ‘New York Film Critics Award’. The other documentary that he produced, which was close to his heart was about his elder sister Maria Schell, a noted Hollywood actress, titled ‘My Sister Maria’ (2002).
His portrayal of the title role in ‘Peter the Great’ (1986), a television miniseries fetched him the ‘Emmy Award’. The other TV miniseries he worked in include ‘The Thorn Birds: The Missing Years’ (1996), ‘Joan of Arc’ (1999) and ‘The Shell Seekers’ (2006).
Continue Reading Below
He was a gifted semi-professional pianist who performed with conductors like Leonard Bernstein and Claudio Abbado. He also produced and directed many live operas.
Chicago’s ‘Spertus Institute for Jewish Learning and Leadership’ bestowed upon him an Honorary Doctorate.
He was inducted as a guest professor at the ‘University of Southern California’.
Major Works
He acted as Hans Rolfe, a defense attorney, in the TV production of ‘Judgment at Nuremberg’, a fictional version of the ‘Nuremberg War Trials’ written by Abby Mann. It was featured in 1959 in an edition of the American television anthology drama series, ‘Playhouse 90’. His excellent portrayal of the character saw him reprising the role in the film version of the story, having the same title, in 1961, which was directed and produced by Stanley Kramer. His remarkable performance in the film fetched him the ‘Academy Award for Best Actor’, making him the first German-speaking actor to win the award post the ‘Second World War’.
Personal Life & Legacy
For three years in the 1960s he was romantically involved with Soraya Esfandiary-Bakhtiari, ex-wife of the last Shah of Iran Mohammad Reza Pahlavi.
In June 1986, he married Russian actress Natalya Andrejchenko. The couple had a daughter Nastassja, who was born in 1989. They divorced in 2005.
After 2002, while in separation from his wife Natalya, he was romantically involved with Elisabeth Michitsch, an Austrian art historian.
On August 20, 2013, he married Iva Mihanovic, a German opera singer, with whom he was in a relationship since 2008.
On February 1, 2014, he passed away in Innsbruck, Austria and was buried in Preitenegg in Carinthia, Austria.

See the events in life of Maximilian Schell in Chronological Order 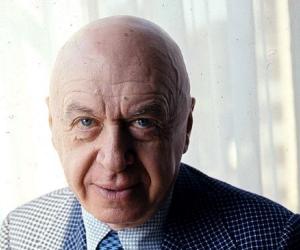