Advanced Search
Billy Ray Cyrus is an American singer-songwriter and actor. This talent from Tennessee struck gold with his very first album. However, he had to go through his fair share of struggles and rejections before making it to the top. Initially interested in baseball, he started learning the guitar at the age of 20 and became confident enough to drop out of college in order to pursue a career in music. After refining his skills and furthering his reputation by performing at local clubs, his opening act for the iconic country singer Reba McEntire got him his first recording contract. Soon, his debut album followed, which propelled him to stardom. His intermingling of country music with rock, coupled with his singing, on-stage charisma, and good looks, made him the toast of the nation. However, the album’s success also led to sky-high expectations from his subsequent albums, which he couldn’t live up to. With his music career on a downward spiral, Cyrus turned his attention to acting, and was cast in a TV show titled ‘Doc.’ Ever since making his acting debut he has been alternating between making music and acting. In an industry where excesses are the order of the day, Cyrus has retained his humility and morals, and continues to be an inspiration to several aspiring musicians. Noah Cyrus
DID WE MISS SOMEONE?
CLICK HERE AND TELL US
WE'LL MAKE SURE
THEY'RE HERE A.S.A.P
Quick Facts

American People
American Men
Tall Celebrities
Tall Male Celebrities
Virgo Singers
Childhood & Early Life:
Billy Ray Cyrus was born William Ray Cyrus on August 25, 1961, in Flatwoods, Kentucky, USA, to Ron Cyrus and Ruth Ann Casto. He was influenced by his grandfather, who introduced him to gospel and bluegrass music.
While his father played the guitar, his mother played the piano, and his grandfather used to play the fiddle. The musical environment at home had a great influence on him, and he began singing at the age of four. He tried playing his father’s guitar, but being left-handed he found it difficult.
He earned a baseball scholarship to study at ‘Georgetown College.’ He formed the band ‘Sly Dog’ with his brother, and they were hired as a house band for a club in Ohio. Soon, Cyrus dropped out of college to pursue music full-time.
In 1984, a fire accident burnt down the club where Cyrus was performing and all his musical instruments were destroyed. The same year, he relocated to Los Angeles, hoping to secure a recording contract, but was unsuccessful in his attempts and soon returned to Kentucky.
He performed as often as he could in Nashville, gradually honing his skills. He was noticed by country singer Del Reeve, who introduced him to the supervisors at ‘Mercury Records.’ Producer Harold Shedd of ‘Mercury Records’ was impressed by Cyrus’s opening for the famous country singer Reba McEntire, and signed him up immediately. 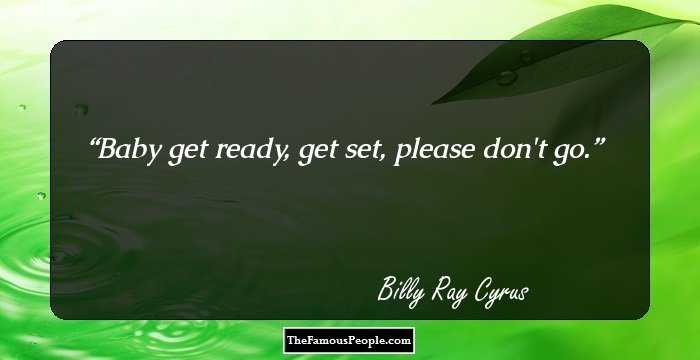 Continue Reading Below
Career:
In 1992, Cyrus released his debut album ‘Some Gave All’ which became a commercial success, selling more than 20 million copies worldwide.
In 1993, he released his second album ‘It Won't Be the Last,’ comprising four singles, all of which achieved moderate success. He then began touring and the following year, released his third album ‘Storm in the Heartland’ which did not do well commercially.
In 1996, with his popularity on a downward spiral, he released his fourth album ‘Trail of Tears.’ Although praised by the critics, the album was a commercial failure.
In 1998, he released another album titled ‘Shot Full of Love’ which failed to impress music lovers. After the failure of ‘Shot Full of Love,’ Cyrus ended his association with ‘Mercury Records,’ and signed up with ‘Monument Records’ the next year.
In 2000, he released his first album with ‘Monument Records.’ Titled ‘Southern Rain,’ the album fared better than his previous album. However, it wasn’t a major success.
With his music career not taking-off, Cyrus turned to acting and appeared in an episode of the TV show ‘The Love Boat: The Next Wave’ in 1999. Two years later, he acted in his first film, an independent movie titled ‘Radical Jack.’
In 2001, he was cast as a regular in the medical family drama ‘Doc.’ The series gained popularity among the viewers and ran for five seasons. After appearing in ‘Doc,’ he went on to make guest appearances in TV shows. He also hosted the reality show ‘Nashville Stars.’
In 2003, he marked his return to music by releasing two Christian albums, namely ‘Time Flies’ and ‘The Other Side.’ He later revealed that the inspiration for the albums was derived from his childhood experiences with gospel music.
From 2006 to 2012, Cyrus released five more albums with different labels. Among these, ‘Home at Last’ became the most successful album, peaking at number three on the ‘U.S. Billboard Top Country Albums’ chart.
Continue Reading Below
From 2006, he was featured as a regular cast member in the popular musical comedy TV series ‘Hannah Montana’ in which his daughter Miley Cyrus played the lead. He was also part of the cast of a spin-off film titled ‘Hannah Montana: The Movie.’ The film was commercially successful, grossing more than $160 million at the box-office.
He was a contestant in the reality dance show ‘Dancing with the Stars’ in 2007, where he had a good run, finishing fifth.
In 2009, he formed an alternative rock band called ‘Brother Clyde’ with three other musicians. He went on to replace the band members with three other musicians, and the band released its eponymous album the next year.
Cyrus ceased his collaboration with ‘Brother Clyde’ in 2010 to concentrate on his solo career. Since then, he has released albums, such as ‘I’m American’ and ‘Change My Mind.’ In 2010, he also played a supporting role in the Jackie Chan film, ‘The Spy Next Door.’
He has also been featured in a few television specials that highlight his path to success. These include documentaries, such as ‘Billy Ray Cyrus: Dreams Come True,’ ‘Billy Ray Cyrus: A Year on the Road,’ ‘I Give My Heart to You,’ and ‘The Life and Times of Billy Ray Cyrus.’
On October 23, 2012, Cyrus released the album ‘Change My Mind.’ He also starred in the sitcom ‘Still the King’ which released in 2016. 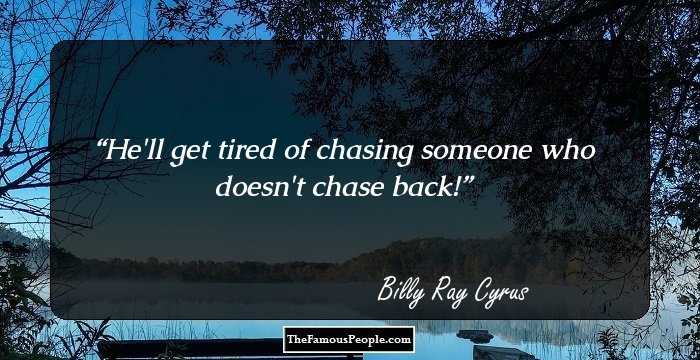 Major Works:
Cyrus’s hugely successful debut album ‘Some Gave All,’ which released in 1992, was a unique blend of country and rock music. The album had as many as four hit singles, with the song ‘Achy Breaky Heart’ topping the charts in many countries. The album went on to become the best-selling album of the year in the US, selling almost five million copies.
Awards & Achievements:
The hit single ‘Achy Breaky Heart’ won a ‘Billboard Music Award’ in 1992, for staying at number one position on ‘Billboard’ charts for many weeks.
In 1993, ‘Achy Breaky Heart’ was nominated for two ‘Grammy Awards’ under the categories, ‘Record of the Year’ and ‘Best Country Vocal Performance, Male.’
In 1993, Cyrus won the ‘American Music Award’ under the ‘Favorite Country New Artist’ category. 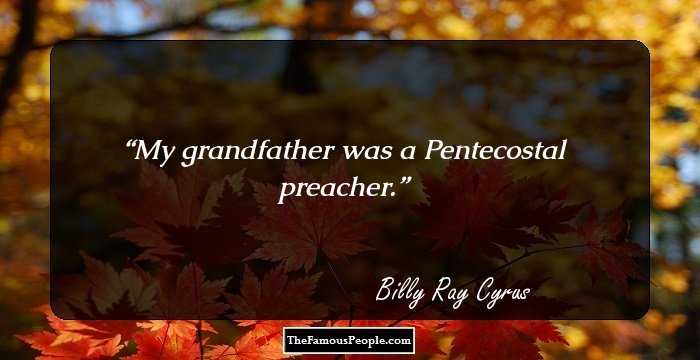 Personal Life & Legacy:
In 1986, Cyrus married Cindy Smith, who co-wrote the songs ‘Wher'm I Gonna Live?’ and ‘Some Gave All.’ These songs were part of his debut album ‘Some Gave All.’ The marriage ended in divorce after five years.
In 1993, he married Leticia Jean ‘Tish’ Finley. He has three children with her - Miley Ray, Braison Chance, and Noah Lindsey. He also has two stepchildren, namely Brandi and Trace, from Leticia’s previous relationship.
He had a relationship with Kristin Luckey, with whom he had a son named Christopher Cody. Cody was raised by his mother in South Carolina.
Trivia:
This famous country singer played the on-screen father of his real-life daughter Miley Cyrus in the hit TV series ‘Hannah Montana.’