Bernardino Rivadavia was the first President of Argentina, serving from February 1826 to July 1827. Even though he is recognized as the first president of Argentina, which was then called the United Provinces of Rio de la Plata, his rule was accepted only in Buenos Aires. There was no constitution for more than half of his rule and he did not complete a full mandate. As a leader, he received much praise from liberal historians for being a great historical man. He was also condemned for Anglophillia. The son of a wealthy Spanish lawyer, he attended the Royal College of San Carlos for some time but quit midway before completing his studies. As a young man, he was active in the Argentine resistance to the British invasion and in the May Revolution movement. A strong supporter of the movement for independence from Spain, he played a leading role in organizing the militia, disbanding the Spanish courts, and freeing the press from censorship. He then moved to Europe for a few years. Upon his return he became even more active in the country’s politics and was eventually made the President of Argentina. In this position he implemented several reforms to improve education and culture though his rule was marred by political chaos. Adolfo Rodrígu...
Presidents #687
Leaders #6791
Continue Reading Below
DID WE MISS SOMEONE?
CLICK HERE AND TELL US
WE'LL MAKE SURE
THEY'RE HERE A.S.A.P
Quick Facts

Argentinian People
Male Leaders
Taurus Leaders
Argentine Leaders
Argentine Presidents
Childhood & Early Life
Bernardino de la Trinidad González Rivadavia y Rivadavia was born on May 20, 1780, in Buenos Aires. He was the fourth son of Benito Bernardino González de Rivadavia, a wealthy Spanish lawyer, and his wife María Josefa de Jesús Rodríguez de Rivadeneyra. At the time of his birth, Buenos Aires was a part of Spain's colonial empire.
He grew up to be an independent-minded young man and was an early advocate of freedom from Spanish rule. He attended the Royal College of San Carlos for some time but left before completing his studies.
He played an active role in the resistance to the British invasion of 1806 and participated in the May Revolution movement in 1810.
Continue Reading Below
You May Like

The Most Popular US Veterans
Later Years
Bernardino Rivadavia soon became one of the leading figures of the Argentine Independence movement. In 1811, he became the Secretary of the Treasury and Secretary of War as a member of the governing triumvirate.
In this position he was instrumental in bringing about several reforms. He played a major role in organizing the militia, disbanding the Spanish courts, freeing the press from censorship, and ending the slave trade.
The triumvirate, however, did not last long. The Spanish King Ferdinand VII returned to the throne by 1814 and started the Absolutist Restauration. In the wake of this political development, director Supreme Gervasio Posadas sent Rivadavia along with Manuel Belgrano to Europe to seek support for the United Provinces of La Plata, the original provinces of Argentina, from both Spain and Britain.
While in Europe, he visited Spain, Britain, and France as well. He stayed in Europe for six years and over this time he observed the growing development of the Industrial Revolution, and the rise of Romanticism. This sojourn also exposed him to the views of such thinkers as Bentham, Adam Smith, Jovellanos, and Campomanes.
Rivadavia returned to Buenos Aires in 1820. In 1821, Governor Martín Rodríguez named Rivadavia a minister in his government. He worked hard in this position, toiling for five years promoting a constitutional government in accordance with European liberal ideologies.
He focused heavily on improving the education and infrastructure in the city of Buenos Aires. He constructed many educational institutes including the University of Buenos Aires, and built the continent's first museum of natural science.
In 1826, Rivadavia was elected the first President of Argentina. He continued his work of augmenting the city’s cultural development and founded many museums, and expanded the national library.
He implemented many reforms which were influenced by his travels in Europe. He organized a Parliament and a system of courts, extended the right to vote to all males over the age of 20, guaranteed freedom of the press, and secured individual and property rights.
However, his efforts to encourage immigration were unsuccessful and his land reform program also proved to be a failure. Furthermore, he earned the ire of the church by abolishing ecclesiastical courts.
He became the president at a very tumultuous time in Argentina’s political history. Ongoing war with Brazil over territory in modern Uruguay depleted the government’s resources causing much resentment to the citizens.
Forced to resign in June 1827, he fled to exile in Europe in 1829. He returned to Argentina in 1834 but was immediately sentenced again to exile. He then went to Spain after spending some time in Brazil.
Major Works
Bernardino Rivadavia is much praised for his cultural initiatives and efforts to improve the education in Buenos Aires. He founded the University of Buenos Aires, the largest university in Argentina, in addition to several other institutions of educational and cultural significance. He is also credited to have built the Bernardino Rivadavia Natural Sciences Museum.
Personal Life & Legacy
In 1809, he married Juana del Pino y Vera Mujica, daughter of the viceroy of the Río de la Plata, Joaquín del Pino. The couple had four children.
He died on September 2, 1845, in exile in Spain. He was 65.
You May Like

See the events in life of Bernardino Rivadavia in Chronological Order 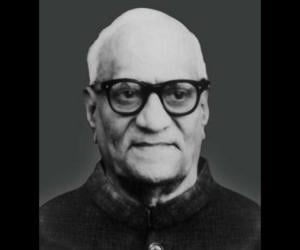