YouTube is a place filled with videos of any genre under the sky and the Beau Brooks is the eldest member to the super cool group called, ‘The Janoskians’. These sets of four super fun guys are all out to spread love and laughter through their videos that go super viral on the internet. Ranging from pranks to skits to dare to music, these young boys have taken it upon themselves to entertain the world. The eldest member of this group, Beau Brooks is exceptionally entertaining and has a comic timing like no one else. One look at his videos after a tough day and there you will be laughing your guts out, giving a pass to all your worries. Being the eldest Beau is also the front man for most of their music videos and is a phenomenal crowd puller. Brooks is also a popular Vine stars and has a pretty huge fan base on that social platform as well. His popularity doesn’t end there; Beau has way more than 2 lakh fans on Facebook and about 2 million subscribers to his YouTube channel. However apart from being a super successful YouTube star, Beau Brooks has humble beginnings and slowly worked his way through difficulties to achieve success. LazarBeam
Social Media Stars #382
YouTubers #827
31st July In History
DID WE MISS SOMEONE?
CLICK HERE AND TELL US
WE'LL MAKE SURE
THEY'RE HERE A.S.A.P
Quick Facts

Australian People
Leo Youtubers
Male Youtubers
Australian YouTubers
Male Social Media Stars
The Meteoric Rise To Stardom
Beau Brooks along with his twin brothers Luke and Jai Brooks and their dear friend Daniel Sahyounie stepped into the world of YouTube in 2011 to try their luck. Together they created a group called, ‘The Janoskians’ which stood for, Just Another Name Of Silly Kids In Another Nation Skip. This step that they took was just the beginning of the phenomenal success that was awaiting the four of them. Beau was the main comedian among the four of them who led most of the acts that were performed by ‘The Janoskians’. However, apart from doing funny prank videos, he also had a flare for music and together the four of them started their own Vivo channel called the ‘JanoskiansVEVO’. The music channel has close to 5 lakh subscribers. Their story of success doesn’t end here; in 2012 they also signed a contract with ‘Sony Music Australia’. Beau Brooks co-wrote the first song with this company called, “Set This World on Fire” that soon rose to becoming a phenomenal success among the masses.
Recommended Lists:

Famous Beautiful Women With Green Eyes
Continue Reading Below
What Makes Beau Brooks So Special
Even through Beau Brooks has reached great heights of success, Beau is extremely humble. This trait of his is pretty apparent on his Facebook page where he is very interactive with his fans and followers. Apart from having and unbeatable sense of humor and an incredible sense of music, Beau has also written exceptionally beautiful lyrics for some of his songs. The song, “Set This World on Fire” reached the 19th position on the ‘Australian Singles Chart’. He has absolutely no airs about himself and lives a very normal life like any other next-door-boy. Beau Brooks is the strength and the binding force of his group and like a mature head makes sure things always go as planned. It is this trait that make him a favorite among the masses.

Beyond Fame
Like any other young boy his age, Beau Brooks is extremely fond of dancing and food. He loves Mexican food and tacos are something he can’t resist. He also breaks into dancing bouts while working out at the gym which seems extremely sweet. Together with Rajiv Dhall, a popular singer, Beau Brooks released a video on Jan 21, 2016 that received over 5 lakh views. This video was particularly loved by most of their fans. Beau Brooks and his group have also gained the attention of Justin Bieber, Ellen DeGeneres, and One Direction's Liam Payne.

Behind The Curtains
Beau Brooks was born in Melbourne, Australia on July 31, 1993 and had extremely humble beginnings. While his fans would love to know more about his personal life, Beau is very protective about his personal life and has not revealed much to the outer world. However, it his relationship with the Instagram star, Chelsey Amaro that could not be hidden from the world. The two have been going strong since 2014. 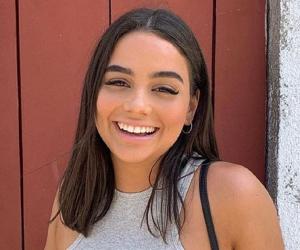