Sam Wanamaker was an American actor and director who played an instrumental role in reconstructing the New Globe Theatre in London. A native of Chicago, he was trained at Goodman Theater before starting his acting career by performing in traveling shows. He made his Broadway debut in 1942 with the play ‘Cafe Crown’. He studied at Drake University before serving in the US Army during the World War II. After leaving the army, he made his feature film debut with the movie ‘My Girl Tisa’. In 1952, during the McCarthy ‘Red Scare’ period, he realized that being a communist sympathizer he faced the risk of being blacklisted in Hollywood and decided to live in London. He worked in many television series, movies, and stage productions over the course of his career. Being a Shakespeare enthusiast, he decided to restore the Shakespeare's Globe Theatre at its original place in London. In 1940, he married Canadian actress Charlotte Holland and had three children with her. In July 1993, he was awarded an honorary Commander of the Order of the British Empire for his work in reconstructing the Globe Theatre. On December 18, 1993, he died of prostate cancer in London, prior to the opening of the Globe. 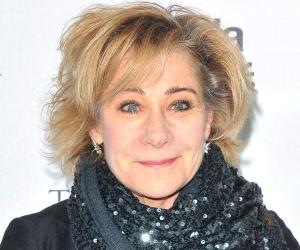 American Celebrities
Directors
American Men
Illinois Actors
Gemini Actors
Childhood & Early Life
Sam Wanamaker was born on June 14, 1919, in Chicago, Illinois, to Maurice Wattenmacker (Manus Watmakher) and Molly (née Bobele). His father was a tailor by profession.
He had one elder brother named William, who became a cardiologist at Cedars-Sinai Medical Center. His parents were Ukrainian Jewish immigrants from Nikolayev.
He was trained at the Goodman Theatre in Chicago and worked with summer stock theatre companies of Chicago and northern Wisconsin. In 1937, he helped in building the stage of the Peninsula Players Theatre, Wisconsin. He also attended Drake University.
Continue Reading Below
You May Like

Who Is The Most Popular BTS Member?
Career
Sam Wanamaker started his acting career in traveling shows and worked in radio before making his Broadway debut with ‘Cafe Crown’ in 1942. He then appeared in the plays ‘Joan of Lorraine’ the same year and ‘Counterattack’ at the National Theatre, Washington, D.C in 1943.
In 1943, he joined the U.S. Army and served there till 1946. After returning to civilian life, he made his feature film debut in 1948 in ‘My Girl Tisa,’ followed by an appearance in ‘Give Us This Day’ (1949).
In 1952, after filming ‘Mr. Denning Drives North’, he was blacklisted in Hollywood during the McCarthy “witch-hunting” era and decided to stay in England. He made his debut in London as both an actor and a director in 1952 in Clifford Odets' play ‘Winter Journey’.
In 1956, he directed the British premiere of the musical play ‘The Threepenny Opera.’ This was followed by his appointment as a director of the New Shakespeare Theatre in Liverpool in 1957.
In 1959, he played Iago to Paul Robeson's ‘Othello’ at the Shakespeare Memorial Theatre Company at Stratford-upon-Avon.
He appeared in movies like ‘Taras Bulba’ (1962), ‘The Spy Who Came in from the Cold’ (1965), and ‘Those Magnificent Men in Their Flying Machines’ (1965), and in the TV series ‘Gunsmoke’ (1966). He also directed movies like ‘The File of the Golden Goose’ (1969) and ‘The Executioner’ (1970).
In 1974, he directed the Shakespeare Birthday Celebrations. He worked in movies like ‘The Spiral Staircase’ (1975) and ‘Death on the Nile’ (1978) before playing the role of Moses Weiss in the TV mini-series ‘Holocaust’ (1978). In 1979, he directed an episode of the TV series ‘Hart to Hart’.
During his later career, he made appearances in films like ‘Private Benjamin’ (1980), ‘Baby Boom’ (1987), ‘Superman IV: The Quest for Peace’ (1987), ‘Judgment in Berlin’ (1988) and ‘Guilty by Suspicion’ (1991).
Major Works
In 1970, Sam Wanamaker became obsessed with the idea of restoring the Shakespeare's Globe Theatre in London and founded the Shakespeare Globe Trust that raised over eleven million dollars despite the hostile British council. He died prior to its grand opening but had a plaque and an indoor theatre dedicated to him at the Globe.
Family & Personal Life
Sam Wanamaker married Canadian actress Charlotte Holland in 1940 and had three daughters with her, Abby, Zoë, and Jessica Wanamaker. His daughter Zoë Wanamaker is also an actress.
In the 1970s, he was involved in an affair with actress Lynne Frederick while being married to Charlotte.
He dedicated more than twenty years of his life in campaigning and raising funds for rebuilding the Globe Theatre. In July 1993, he was made an honorary Commander of the Order of the British Empire for his contribution to the Globe.
On December 18, 1993, he died in London due to prostate cancer. The Globe was eventually opened by Queen Elizabeth II on 12 June 1997.
Posthumously, he was awarded the 1994 Society of London Theatre Award for Outstanding Achievement.
The Globe’s Jacobean indoor theatre that was opened in January 2014 is named “Sam Wanamaker Playhouse” after him.
Trivia
While restoring the Globe, he was strongly opposed by British officialdom and English Heritage, which controlled the site.
This actor was the uncle of film historian Marc Wanamaker.
You May Like

See the events in life of Sam Wanamaker in Chronological Order