Astrid S is a Norwegian singer, model, and actor, who rose to fame following her stint with the Norwegian edition of singing reality show ‘Pop Idol.’ Born and raised in Rennebu, Norway, Astrid fell in love with music at an early age and started playing the piano as a kid. Her love for music intensified at the age of 15, when she was gifted a guitar by her parents. She started writing her own songs and practiced them on her guitar, eventually attracting the attention of a few talent managers who showed her the way toward stardom. She ended up at the fifth spot in the finals of the Norwegian version of ‘Pop Idol,’ which helped her gain a massive fan following. Following her stint at ‘Pop Idol,’ she released a song titled ‘Shattered,’ which was a hit. In May 2016, she released a self-titled EP, which received critical and commercial success, and then released another EP, ‘Party’s Over.’ She won an ‘MTV Europe Music Award’ in 2015. Norwegian People
Norwegian Women
Women Singers
Scorpio Singers
Women Musicians
Childhood & Early Life
Astrid S was born Astrid Smeplass, on October 29, 1996, in Rennebu, a small municipality in Norway. Her house was located on a mountain, in a village with less than a thousand people. The place was almost always coated with snow, which made Astrid fall in love with skiing. There were times when she had to ski her way to school.
As a child, she loved music and sports. While in school, she learned ballet and was obsessed with soccer. Although she loved playing the piano, which she had learned from her mother at a very early age, she was not very much in love with the idea of a career in music.
She appeared on ‘MGPjr,’ a local musical talent-hunt program in Norway, at the age of 9. On the show, she formed a duo with Celine Helgemo, who was 10 years of age then. The duo was named ‘AC: The Blue Snoopies,’ but they failed to leave a mark at the competition. Soon, Astrid dropped the plan of being a musician, and Celine went on winning the ‘Melodi Grand Prix Junior 2007’ for the song ‘Bæstevænna,’ written for her then-best friend, Astrid.
Astrid’s transformation happened when she embarked into her teens and got acquainted with John Mayer. Inspired by his music and lyrics, she tried to follow his style but soon realized that it was not really her genre. She learned from her experience and gradually began to gain more interest in music
Getting a guitar at the age of 15 became the biggest turning point of her life. She started writing lyrics and composing them on her guitar. Although she is now known mostly for her pop-inspired electro music, she initially wrote only soft romantic ballads, songs she could compose on a guitar.
Continue Reading Below
You May Like

Who Is The Most Popular BTS Member?
Career
In 2013, at the age of 16, she was seen on the Norwegian version of the British musical talent-hunt show ‘Pop Idol.’ She was selected in the auditions and paved her way to become one of the most-loved contestants of the show. She ended up reaching the finals, and attained the 5th spot, which was not a bad performance at all.
During the show, she collaborated with songwriters Melanie Fontana and Lars K. Hushoft to produce a single titled ‘Shattered,’ as “Astrid Smeplass.” The song has been viewed more than 5 million times on different video-sharing platforms. It was certified “gold” at the time of its release.
After her stint with the show ended, Astrid became the talk of the town and earned a contract with ‘Playroom Artist,’ a major talent agency in Norway. Following the new-found success, Astrid dropped out of the high school and concentrated solely on making music.
At the age of 18, she landed a deal with ‘Universal Music’ and released her single ‘2AM,’ which was released in the US in 2015 and received immense commercial and critical acclaim. She also chose ‘FourFiveSeconds,’ originally recorded by Rihanna, Kanye West, and Paul McCartney, to record a cover. It was widely appreciated by her fans and industry professionals.
In 2016, she embarked on a European tour with South African-born Australian singer Troye Sivan, and around the same time, she announced the release of her debut EP, ‘Astrid S.’ The EP was released digitally in May 2016 by ‘Island,’ a British–Jamaican record label. The EP made its place among the top 50 albums on Danish and Swedish charts but did not bring her the fame that she desired. One of the singles from the album, ‘Hurts So Good,’ became particularly successful in the neighboring countries. It was certified “gold” in Italy and Denmark and “platinum” in Norway and Sweden.
She then recorded a single titled ‘Running Out’ in collaboration with Matoma. The song was declared “double platinum” in Norway. In June 2017, Astrid released her second EP, ‘Party’s Over.’ It repeated the success of her first EP, and some of the singles from the album, such as ‘Bloodstream,’ ‘Party’s Over,’ and ‘Such a Boy,’ made waves around Norway and other European countries.
The silky electropop song from the album, ‘Breathe,’ gained international appreciation. She took help from Rickard Göransson, Oscar Holter, and Asia Whitacrae to write the song, with Oscar also producing it. The music video for the song, which premiered in March 2017, became iconic. Astrid’s music video-production style is heavily inspired by cinema.
The song made its place among the top 10 on many charts in New Zealand and Norway and also gained respectable positions on charts in the Czech Republic, the US, and Sweden. She further collaborated with Norwegian artist CLMD for the song ‘Dust,’ which was declared “platinum” in Norway. Her other collaborations include the songs ‘Air’ with Shawn Mendes and ‘Dawn’ with iSHi.
In mid 2017, she bagged a deal with ‘Universal Music’ for her next EP, which was more like an acoustic version of her sophomore EP, ‘Party’s Over.’ The EP made her go back to her roots and produce a number of soft guitar covers of her popular songs.
In 2017, she also collaborated with British band ‘The Vamps’ and DJ Matoma for the song ‘All Night.’ In June 2017, she presented another collaborative effort, ‘Just for One Night,’ where she featured alongside the popular English duo ‘Blonde.’
Personal Life
Astrid changed her name from “Astrid Smeplass” to “Astrid S” at the beginning of her music career. She followed several other artists who have changed their professional names so that their names can be easily pronounced.
Astrid is a superstitious person. Before every performance, she performs a little ritual that has her entire band stack their hands together and then throw them up in the air, shouting the name of the city they are performing in.
Astrid loves dogs and made news on ‘Instagram’ sometime back when she announced that the reason she broke up with one of her ex-boyfriends was because he was allergic to dogs.

See the events in life of Astrid S in Chronological Order 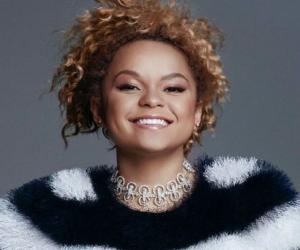 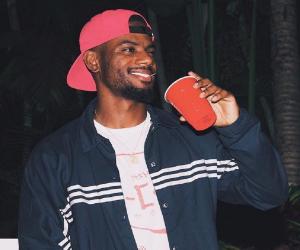