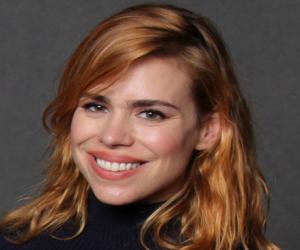 Who is Anton du Beke?

Anton du Beke is a British ballroom and Latin dancer, television presenter, author and singer who became a household name with the BBC One celebrity dancing show, Strictly Come Dancing. As a professional dancer, he has been a part of the show since its first season in 2004 and in 2020, even served as a guest judge in the absence of another judge. His charming and witty style have also earned him other television projects like the cookery show, Step up to the Plate, and gameshow, Hole in the Wall. Beyond television, he regularly entertains the audience with live performances. Along with Erin Boag, who has been his professional dancing partner since 1997, he performs in various events and dance tours around UK. Dancing apart, Anton has further expanded his horizon and has turned a writer and a singer too. As a writer, he has published books on dancing as well as a series of romantic novels. As a singer, he has released one album. After dropping out of school, Anton du Beke did a number of day jobs so as to pay for his dance classes. These included working as a baker, painter and decorator and a furniture salesman. He also began appearing in competitive dancing. In 1997 he teamed up with Erin Boag. Together, they went on to win numerous competitions including the New Zealand Championship in 1998 and 1999. In 2002, the two turned professionals and made their mark in numerous competition reaching the finals and winning championships. Their win in 2003 International Dance Teachers' Association Classic proved to be a turning point in their career as it got them noticed by BBC who were in search of professional dancers to participate in their new television dance show Strictly Come Dancing.

Strictly Come Dancing premiered in 2004 and has aired eighteen seasons till 2020 with Anton participating in each one of them. In the show, he has performed with famous personalities including Lesley Garrett, Laila Rouass, Kate Garraway, Ann Widdecombe, Emma Barton and Katie Derham. While he has not managed to bag the title even once, he finished as a runner-up in season seventeen (with Emma Barton) and was placed third in the first season (with Lesley Garrett). In November 2020, he filled in for Judge Motsi Mabuse when the later had to leave for Germany.

His association with the show has also made him feature in the companion television series Strictly Come Dancing: It Takes Two which presents interviews with dancers, celebrities and judges as well as behind-the-scenes titbits and footage. He has also featured in Children in Need and Christmas Special's of Strictly Come Dancing. He won the Children in Need in 2008 and 2014.

In 2017, he turned singer and released his debut album From the Top which featured songs like It's the Most Wonderful Time of the Year, Don't Rain on My Parade and Fly Me to the Moon. The album climbed to 21st spot on theUK Albums Chart.

His passion for dancing also motivated him to become an author and the results were Anton’s Dance Class (2008) and B is for Ballroom (2012). He further proved his writing skills with his debut novel One Enchanted Evening in 2018 which went on to become Sunday Times best-selling novel. He followed it up with the second and third instalment of the book - Moonlight Over Mayfair (2019) and A Christmas to Remember (2020). Another instalment of the book is expected in 2021.

Anton and Erin continue to perform around the world and are also in huge demand for various award shows as well as corporate and charity events. Through his YouTube channel, he gives dancing and workout lessons to those interested.

Anton du Beke was born as Anthony Paul Beke in Sevenoaks,Kenton July 20, 1966. His father Antal Xavier Beke was a Hungarian while his mother Ascensión Conchita Lema is a Spanish. He has a brother Stephen and a sister Veronica. Known as Tony Beke then, he went to Wildernesse Boys School in Sevenoaks.

At the age of ten, Anton began training in dance at a local dance school called the Holton School of Dancing. At fourteen, he became fascinated by ballroom dancing and a couple of years later dropped out of school. A year later, he decided to become a skilled ballroom dancer. Apart from dancing, he was a junior boxer and county footballer in his younger days but gave up all in order to pursue his passion for dancing. He takes immense interest in golf.

In May 2017, he married Hannah Summers, the Chief Marketing Officer at the well-known mobile network security company AdaptiveMobile. The couple had welcomed their twins – daughter Henrietta and son George – earlier the same year in March. 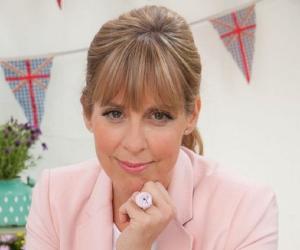