Lily Sastry, formerly known as Lily Atkinson, is the daughter of comedian Rowan Atkinson. Lily is an accomplished artist in her own right and is known for performance singing and burlesque dancing. Lily joined the entertainment industry as a child artist. She was first seen in the children’s movie ‘Tooth’, in 2004. Later, she was seen along with her father in ‘Mr. Bean’s Holiday’ and ‘Johnny English Reborn’. Despite an early start, she decided to take the unconventional path and started to learn cabaret. Soon, she was seen performing her one-woman show at various venues, including the famous club The Pheasantry. After her initial performances gained traction, she was given her own West End show titled ‘Lily’ for two nights that went on to become a huge hit. Lily also loves singing and has often recorded her songs and show and uploaded them on SoundCloud. Currently, she performs both as a dancer and singer and has earned favorable reviews for her shows by the media.
Continue Reading Below 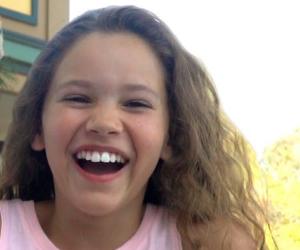 British People
British Dancers
British Female Dancers
Career
Lily Sastry’s entered into the show business at a very young age. She was roped in to play the character of the ‘New Recruit’ in the children’s movie, ‘Tooth’, in 2004. She then made small appearances in the movies ‘Mr. Bean’s Holiday’ (2007) and ‘Johnny English Reborn’ (2011) where she shared the screen along with her famous father. Despite an early start in the movies, Lily wanted to pursue her dream of becoming a performance artist. She loved singing and often wrote her own songs and created melodies for them. Eventually, backed by her father, she recorded these songs with a studio and uploaded them on SoundCloud. At the same time, she started learning cabaret.
After her initiation into cabaret, Lily decided to start performing at big venues. She first chose The Pheasantry, a famous club in London, and tickets to her one-woman show were sold out. Her burlesque performance attracted many favorable reviews from critics and she soon became a successful performer. She was next seen with her two-night show at the West End where she performed her sketch along with a live band. This, too, became a major success. She repeated the same performance at the famous St. James Theatre in London. Her sultry jazz performances were noted by the critics as ‘fresh’ and ‘powerful’. Lily hasn’t had to look back since then. She currently continues to host her performances around the country.
Like many other millennials, Lily was a regular user of Instagram and used to upload photographs very often. However, she decided to pursue a digital detox after her parents divorced and has deactivated her Instagram account. Her twitter account, too, remains sparsely used. She remains reserved about her private life as well.
You May Like

Who Is The Most Popular BTS Member?
Continue Reading Below
Personal Life
Lily was born sometime in 1995 to the notable actor Rowan Atkinson and the makeup artist Sunetra Sastry. She has an older brother, Benjamin Atkinson. Lily decided to use her mother’s surname after her parents divorced and it was revealed that Rowan Atkinson started dating someone much younger. It is not known whether she is a relationship with someone as Lily leads a very private life. Apart from her work, Lily loves to listen to music, particularly R&B and pop, and watch dance performances.
Trivia
Sastry is a huge fan of old-school music and her idols are Aretha Franklin, Diana Ross, and Whitney Houston. Currently, she loves listening to Beyoncé, Bruno Mars, and Frank Ocean. 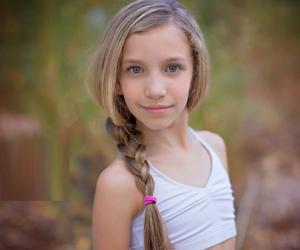 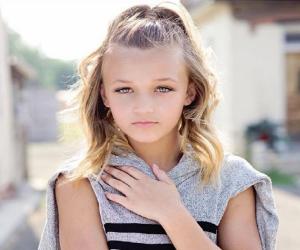