Annie Guest is an American dance instructor and the adopted daughter of the famous actress Jamie Lee Curtis. Adopted into a famous, regal family, Annie’s arrival was noted by the media and they continued to capture her growth along the years. She was frequently seen accompanying her mother to film shootings, premieres, and ceremonies. At the same time, Annie pursued her childhood passion: dance. She joined a dance studio at a young age and participated in several international competitions. Subsequently, she went on to earn a BFA in Dance and decided to become a dance teacher. She taught at various reputed schools and started working with MRN Dance Factory in Los Angeles. Over the years, she learnt ballet, jazz, tap, and hip-hop styles of dancing. With several awards, hit shows, and performances under her belt, Annie’s reputation as a dance teacher is only growing. She is currently a team director for MRN DF and works with dancers of different abilities as well. Despite being constantly captured by the paparazzi, Annie comfortably maintains a low-key life and is not active on any social media channels. Teyana Taylor
DID WE MISS SOMEONE?
CLICK HERE AND TELL US
WE'LL MAKE SURE
THEY'RE HERE A.S.A.P
Quick Facts

American People
Kenyon College
Female Dancers
American Dancers
Female Choreographers
Career
Annie Guest was constantly in the limelight due to her famous parents. Her mother, the revered actress Jamie Lee Curtis, often made it a point to take Annie along to many ceremonies and film outings and lovingly spoke about how important her daughter was to her. She was even the main guest in several Golden Globe Award ceremonies. However, Annie by herself maintains a low-key life and enjoys pursuing her passion, which is dancing. Annie was drawn to dancing at a tender age of three and pursued it professionally at a young age. By the time she turned 8, she had participated in several national and international competitions and eventually joined MRN Dance Factory studio in Los Angeles. After graduating from high school, Annie decided to devote herself to dance full time and pursued a degree in dance from Kenyon College.
Since graduating with a BFA in dance, Annie has donned several hats: choreographer, teacher, manager, director, and performer. She has been a dance teacher at prestigious institutions such as Archer School for Girls, Windward School, and Paul Revere Middle School. Owing to diversity in style and performance, she has been the recipient of many awards and has consistently been praised for her choreography. Annie was also the co-director of an award-winning dance team from MNR DF. Currently, she works as the team director for MNR DF and teaches different styles of dance. She uniquely boasts the ability to teach dance to those afflicted with ASD and/or other developmental disorders. Annie maintains a very private life and is not active on any social media channels. She is usually spotted by the media only when her mother posts about her daughter on Instagram. Her last public appearance was when she accompanied her mother as a guest at the 2016 Golden Globes Award ceremony.
You May Like

American Female Dancers
American Choreographers
American Female Choreographers
Sagittarius Women
Continue Reading Below
Personal Life
Annie Guest was born on 13 December 1986, in Los Angeles, California. Her parents adopted her in 1986 through an open adoption. Her arrival into the family was openly welcomed by her grandparents, Janet Leigh and Tony Curtis. Annie has a younger sibling, Thomas Guest, is was also an adopted child. Annie is fiercely close to her family and spends a lot of time with her mother. Her hobbies include dancing, playing with her dogs, and watching old movies.
You May Like 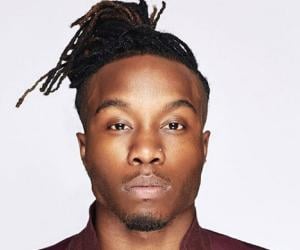