(Best Known for Her Roles in the Films: 'True Lies' and the 'Halloween' Series)

Jamie Lee Curtis is an American big screen and television actress and also a writer. She came to formally known as Baroness, ‘Lady Haden-Guest’ following her husband’s inheritance of the Barony. Her debut film ‘Halloween’ where she essayed the role of Laurie Strode was a hit and establishing her as a noted actress in the horror genre. Eventually, her remarkable performance in the film landed her other films in the genre including ‘Terror Train’, ‘The Fog’, ‘Roadgames’ and ‘Halloween II’. She earned the title of ‘scream queen’ for her characterisations in horror films. Later she excelled in the comedy genre with equal success and received favourable reviews which established her as a versatile actress. Some of her finest comedy films are ‘Trading Places’, “A Fish Called Wanda’ and ‘True Lies’. Her noted work on television includes series such as ‘Operation Petticoat’, ‘Anything But Love’, ‘NCIS’ and ‘New Girl’. She has done several television movies starting from ‘She's in the Army Now’ and moving on with ‘The Heidi Chronicles’, ‘Nicholas' Gift’ and ‘Only Human’. At present she plays Dean Cathy Munsch, the lead role in the series ‘Scream Queens’ that is aired on ‘FOX’. She has authored many children’s books including ‘When I Was Little: A Four-Year-Old's Memoir of Her Youth’ and ‘Today I Feel Silly and Other Moods That Make My Day’ that not only received critical acclaim but also won over the readers. Jamie Lee Curtis has bagged several awards including the ‘BAFTA Award’, ‘Golden Globe Award’, ‘Saturn Award’ and ‘American Comedy Award’. education: University Of The Pacific

American People
Actresses
Children's Authors
American Women
California Actresses
Childhood & Early Life
Jamie Lee Curtis was born on On November 22, 1958, in Santa Monica, California, to Tony Curtis and Janet Leigh. Both her parents were screen legends who got divorced in 1962.
Actress Kelly Curtis is her older sister. Her other half-siblings were from her father’s side.
She studied at the all-girl’s ‘Westlake School’ (presently ‘Harvard-Westlake School’) in Los Angeles and remained a cheerleader in the school along with Gigi Garner who went on to become a film producer. Thereafter, Jamie Lee Curtis attended the ‘Beverly Hills High School’.
In 1976, she completed her graduation from ‘Choate Rosemary Hall’, Connecticut. Following her graduation she enrolled in the ‘University of the Pacific’ located at Stockton in California. She wanted to take social work as her major but after a semester she dropped out to pursue acting. 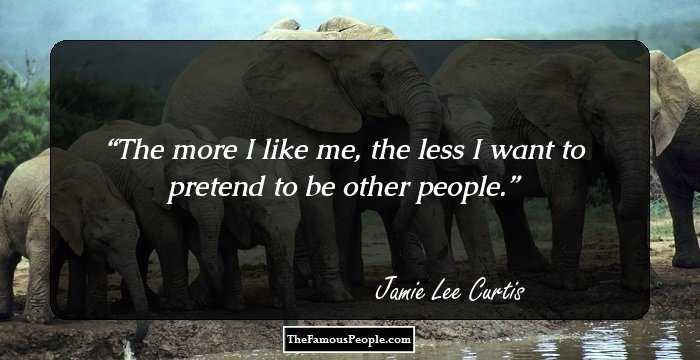 Quotes: Me, Like, I
Continue Reading Below
Career
She started her acting career in television doing single episodes in series like ‘Columbo’ (1977), ‘The Hardy Boys/Nancy Drew Mysteries’ (1977) and ‘Charlie's Angels’ (1978).
In 1978, she essayed Lt. Barbara Duran, a nurse in a 23 episodes military comedy ‘Operation Petticoat’ based on a 1959 movie that featured his father Tony Curtis. The same year she made her debut with the classic horror film ‘Halloween’ which went on to become a major hit and deemed to have garnered maximum profit as an independent film during that period.
Her portrayal of Laurie Strode in ‘Halloween’ earned her accolades and fetched her several other horror films for the next couple of years. These films include ‘The Fog’, ‘Terror Train’ and ‘Prom Night’ in 1980 and ‘Roadgames’ and ‘Halloween II’ in 1981. Her popularity in the genre tagged her as the ‘scream queen’.
During the 1980s she made several television movies like ‘She's in the Army Now’ (1981), ‘Money on the Side’ (1982) and ‘As Summers Die’ (1986).
On a more versatile move, she switched from the horror genre and played Ophelia in the 1983 film ‘Trading Places’ that reflected her comic talents. The film won her ‘BAFTA Award for Best Actress in a Supporting Role’ and propelled her career ahead to the next level.
She was successful in shedding off her horror starlet image and embarked on different projects that got her mixed reviews. She starred in ‘Love Letters’, ‘The Adventures of Buckaroo Banzai Across the 8th Dimension’ and ‘Grandview, U.S.A.’ in 1984. In 1985, she starred in ‘Perfect’ opposite John Travolta. Her movies ‘A Man in Love’, and ‘Amazing Grace and Chuck’ were released in 1987 and ‘Dominick and Eugene’ in 1988.
She was nominated for the ‘BAFTA Award’ and the ‘Golden Globe Award’ for her role of Wanda Gershwitz in the 1988 comedy film ‘A Fish Called Wanda’.
She featured as Megan Turner in the 1989 film ‘Blue Steel’ and went on to win the ‘Festival du Film Policier de Cognac Special Mention Award’ for acting performance as also the ‘Mystfest Film Festival Award for Best Actress’.
From 1989 to 1992, she played Hannah Miller in the sitcom series ‘Anything But Love’ starring opposite comedian Richard Lewis. She received the ‘Golden Globe Award for Best Actress – Television Series Musical or Comedy’ in 1989.
Continue Reading Below
Her films of the 90s include ‘Queens Logic’ (1991), ‘My Girl’ (1991), ‘Forever Young’ (1992), ‘My Girl 2’ (1994), ‘Mother’s Boys’ (1994), ‘Homegrown’ (1998) and ‘Virus’ (1999). In 1992, she was a jury member at the ‘Cannes Film Festival’.
This talented actress is also a celebrated children’s book author who has successfully garnered favourable response from both readers and critics. Her journey into children’s work began in 1993 with ‘When I Was Little: A Four-Year-Old's Memoir of Her Youth’. Her books contain illustrations by Laurel Cornell and are published by ‘HarperCollins Children’s Books’.
In 1994, she successfully treaded the action thriller genre with ‘True Lies’ opposite Arnold Schwarzenegger. She received ‘Golden Globe Award for Best Actress – Motion Picture Musical or Comedy’, ‘Saturn Award for Best Actress’ and ‘American Comedy Award for Funniest Actress in a Motion Picture’ for her role.
Along with her success on the big screen she continued to explore on television movies that include the 1995 movie ‘The Heidi Chronicles’ adapted from the original play of Wendy Wasserstein. Her character ‘Heidi Holland’ earned her a nomination for the ‘Golden Globe Award for Best Actress – Miniseries or Television Film’.
She penned down her second book ‘Tell Me Again About The Night I was Born’ in 1996 following the adoption of her first child Annie.
Her book ‘Today I Feel Silly, and Other Moods That Make My Day’ of 1998 was charted in the best-seller list of the ‘New York Times’ for ten weeks. The same year she received nomination for ‘Primetime Emmy Award’ for essaying as Maggie Green in the television movie ‘Nicholas' Gift’.
She revisited her original genre as Laurie Strode / Keri Tate in the horror film ‘Halloween H20: 20 Years Later’ in 1998 following the 2002 released ‘Halloween: Resurrection’.
She was remarkable in her supporting performances as Rona Mace in ‘Drowning Mona’ and as Louisa Pendel in ‘The Tailor of Panorama’ (2001).
In 2003, she tasted another big screen success with the ‘Disney’ film ’Freaky Friday’ where she starred along with Lindsey Lohan. She was nominated for the ‘Satellite Award for Best Actress – Motion Picture Musical or Comedy’, ‘Saturn Award for Best Actress’ along with the ‘Golden Globe Award for Best Actress – Motion Picture Musical or Comedy’ for the film.
Continue Reading Below
She has authored many other books while doing films and series. Some of them are ‘I'm Gonna Like Me: Letting Off a Little Self-Esteem’ (2002), ‘It's Hard to Be Five: Learning How to Work My Control Panel’ (2004) and ‘My Mommy Hung the Moon: A Love Story’ (2010). Her book ‘Is There Really a Human Race?’ published in 2006 was inspired from a question posed by her adopted son Tom.
She reprised her stint with ‘Disney’ in the 2008 featuring as Aunt Viv in ‘Beverly Hills Chihuahua’, a live action animated movie. One of the live action characters apart from her was Piper Perabo.
Her other noted work on television includes series such as ‘NCIS’ (2012) and ‘New Girl’ (2012 to 2015).
Her other films in 2000’s include ‘Daddy and Them’ (2000), ‘Christmas with the Kranks’ (2004), ‘The Kids & I’ (2005), ‘You Again’ (2010) and ‘Veronica Mars’ (2014).
She also appeared in many episodes of ‘Match Games’ as a panellist.
She was seen in the American comedy horror television series 'Scream Queens' in 2015 and 2016.
In 2018, Jamie Lee Curtis reprised her role as Laurie Strode in the eleventh installment in the Halloween film series. The film was a big hit and grossed over $253 million worldwide, making it the highest-grossing film in the franchise.
In 2019, she will be seen in the American mystery crime film 'Knives Out'. 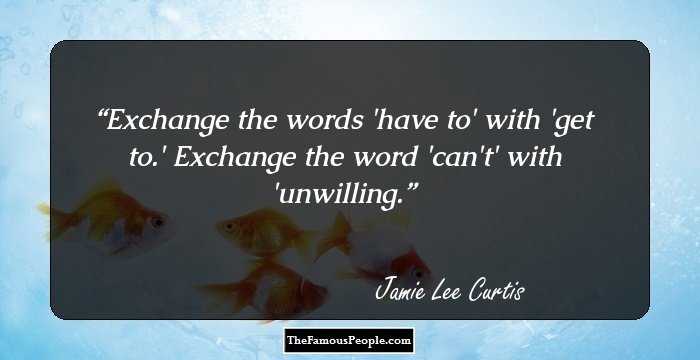 Continue Reading Below
Family & Personal Life
In the 1980s, she got engaged to J. Michael Riva, a Hollywood production designer. He is the grandson of yesteryear diva Marlene Dietrich.
On December 18, 1984, she got married to actor Christopher Guest.
She adopted two children with Christopher Guest - Annie (b. 1986) and Thomas (b. 1996).
In 1996, she formally became Lady Haden-Guest following her husband’s inheritance of the Barony of Haden-Guest.
Lew Wassermann, CEO MCA-Universal was her godfather. She is the godmother of Jake Gyllenhaal.
After her father Tony Curtis' death, James Lee Curtis got a rude shock when she learned that she, her children, and her siblings have been cut out of his will.
Humanitarian Works
In 2003, she was the guest of honor of the Venice-California based non-profit organisation ’Women in Recovery’. It was the organisation’s 11th annual gala and fundraising program.
She is an ardent proponent of children’s hospital and hold a prominent role for the organisation ‘Children’s Hospital Los Angeles’. She also serves as the host of the ‘Dream Halloween’ event organised by ‘Children Affected by AIDS Foundation’ which is held every October.
In March 2012, she featured with Brad Pitt and Martin Sheen in ‘8’, a play by Dustin Lance Black. It was staged at the ‘Wilshire Ebell Theatre’ and shown on ‘YouTube’ for raising fund for the ‘American Foundation for Equal Rights’. 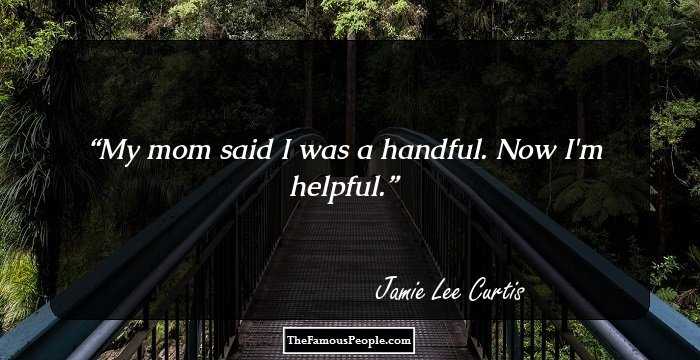 Quotes: I
Trivia
She has insured her legs for $2 million. In 1985, the ‘Mcall's’ magazine charted her in the list of ‘10 Best Bodies in America’.
This U.S. actress held a US patent that was issued as Patent No. 4,753,647 - "A disposable infant garment which takes the form of a diaper including, on its outer side, a sealed, but openable, moisture-proof pocket which contains one or more clean-up wipers." On February 20, 2007 the statutory term of the patent expired. 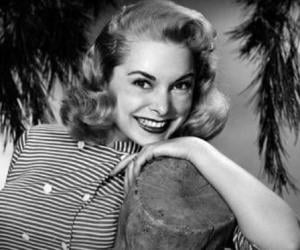 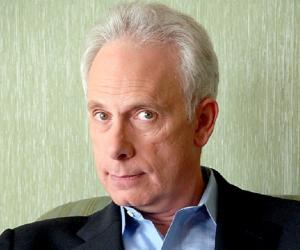 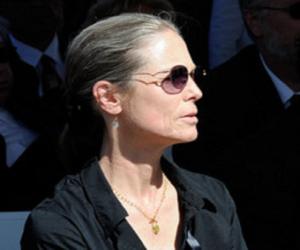