(Entrepreneur - A Candidate in the 2020 Democratic Party Presidential Primaries)

Andrew Yang is an American entrepreneur, attorney, politician, political commentator, lobbyist and author who presently serve as co-chair of Forward Party. Yang, a political newcomer, is best known for running in the 2020 Democratic Party presidential primaries and emerging as a major competitor in the race. During such run he popularized the idea of universal basic income (UBI) and touted it as his core policy. He came up with the Freedom Dividend policy that would have provided all US citizens of age 18 years and above with US$1,000 a month regardless of employment status. He later suspended his campaign and endorsed Joe Biden for president. Yang also ran during the 2021 New York City Democratic mayoral primary. He left the Democratic Party and eventually founded the centrist political party in the US called Forward Party. He served CNN as a political commentator, founded the American non-profit organization and fellowship called Venture For America (VFA) and authored books like Smart People Should Build Things, and The War on Normal People. Phil Robertson
DID WE MISS SOMEONE?
CLICK HERE AND TELL US
WE'LL MAKE SURE
THEY'RE HERE A.S.A.P
Quick Facts 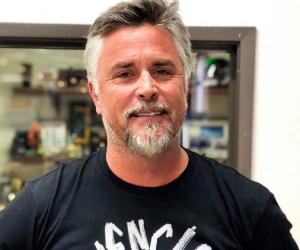 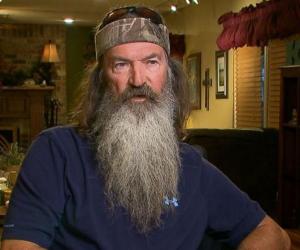 Andrew Yang of Hoklo Taiwanese descent was born on January 13, 1975, in Schenectady, New York, to Kei Hsiung Yang and Nancy Yang. His parents, who relocated to the US from Taiwan during the 1960s, met each other while attending the University of California, Berkeley, from where Kei graduated with a Ph.D. in physics and Nancy graduated with a master's degree in statistics. Andrew’s father worked in IBM and General Electric and generated more than fifty patents. His mother worked as a systems administrator at a university, and thereafter commenced her career as an artist. His elder brother Lawrence works at the New York University as a professor of psychology.

Andrew was brought up in Somers in Westchester County, New York. He studied at the Phillips Exeter Academy in New Hampshire and completed his graduation from there in 1992. That year, he remained a member of the American national debate team that participated at the world championships held in London. He furthered his studies at Brown University and graduated majoring in economics and political science in 1996.In 1999, he obtained a Juris Doctor degree from Columbia Law School.

Continue Reading Below
Business & Other Endeavours

Following his law school graduation, Andrew joined Davis Polk & Wardwell in New York City as a corporate attorney and worked there for five months. In February 2000, he launched the celebrity-affiliated philanthropic fundraising website called Stargiving along with his office mate, Jonathan Philips. Although initially, the startup garnered success, it was closed in 2002 amidst the dot-com bubble burst. Andrew remained associated with a healthcare startup as its vice president from 2002 to 2005.

He worked in the healthcare industry for four years before leaving MMF Systems to join Manhattan Prep, an American test preparation company founded by his friend Zeke Vanderhoek. Andrew became CEO of the company in 2006 and during his tenure as CEO, the company mainly focussed on providing GMAT test preparation. Kaplan, Inc. acquired Manhattan Prep in December 2009 and Andrew left it in early 2012. According to Andrew, he became a millionaire while working at Manhattan Prep. Kimberly Watkins, a former employee of the company, testified before the New York City Commission on Gender Equity in a testimony in September 2019, that Andrew, during his tenure as CEO of the company, fired Watkins as he thought that following her marriage Watkins would not work as hard as she used to. Another former employee filed a lawsuit alleging that Andrew paid her less compared to her male co-workers and fired her after she asked for a pay hike. Andrew denied both the allegations.

In 2011, Andrew founded the American non-profit organization and fellowship called Venture For America (VFA) headquartered in New York City. He formed it with the objective of creating economic opportunity in economically stressed American cities by searching and training recent graduates and young entrepreneurs to work for startups in such cities across the US. VFA soon garnered national attention. Yang became one of the 500 people who were recognized and honoured by the White House program Champions of Change, during the Obama administration in 2011, for extraordinary work in their communities. In the ensuing years, VFA placed several fellows in different US cities. In 2015, Andrew was further recognised by President Obama as a Presidential Ambassador for Global Entrepreneurship. The 2016 feature documentary Generation Startup, directed by Oscar winner Cynthia Wade, detailed about six startups that were launched through VFA in Detroit. Yang served as CEO of VFA till mid-2017.

On March 5, 2020, Andrew announced creation of Humanity Forward Foundation, a political non-profit organization, to promote the ideas, including UBI, data privacy and ranked voting, which he campaigned on during his run in the 2020 Democratic Party presidential primaries. Andrew mentioned that he was in touch with the White House and offered services of his team after the US government announced that it was considering a form of basic income in response to the COVID-19 pandemic in the country.

He authored a book about entrepreneurship titled Smart People Should Build Things that was published by HarperCollins on February 4, 2014. He also wrote the book titled The War on Normal People that focussed on domestic issues and discussed about the way several jobs of people are becoming obsolete due to technology. The book was published by Hachette Book Group on April 3, 2018.

The Vilcek Foundation awarded him with the 2021 Vilcek Prize for Excellence in Public Service in 2020.

Andrew filed his nomination with the Federal Election Commission on November 6, 2017, to run in the Democratic primaries for the 2020 United States presidential election. A political newcomer with low public recognition, Andrew was initially considered by the media as a longshot candidate. His profile however increased considerably in February 2019 after he featured on the popular podcast The Joe Rogan Experience. Thereafter he featured on other podcasts, shows, and interviews. Eventually, he emerged as a significant candidate in the race with the media describing him as the most surprising candidate in the run.

In 2019, he qualified for the six Democratic primary debates and took part in all.  He did not qualify for the seventh debate held in January 2020, but did qualify for and took part in the February 2020 held eighth debate. He utilized the internet to a great extent for his campaigning that saw development of the "Yang Gang", his devoted online fanbase, who garnered attention to his campaign through several social media platform like Facebook, Reddit, Instagram and Twitter. Several notable individuals and organizations including high-profile celebrities like actor Nicolas Cage, voiced their endorsement for Andrew’s campaign.

Slogans of his campaign included "Make America Think Harder (MATH)", "Humanity First", and "Not Left, Not Right, Forward." His campaign strongly focussed on job displacement of American workers through automation, an issue which he believed was a significant reason why Donald Trump won the 2016 presidential election. Andrew stated that four million manufacturing jobs were lost due to automation. As a response to such issue, he advocated for the universal basic income (UBI) scheme as his signature policy during his campaign and proposed his policy, which is referred to as the "Freedom Dividend," in which a monthly UBI of $1,000 would be provided to every American adult. Andrew is generally credited for making the idea of UBI popular through his advocacy and activism. He also advocated for legalization of cannabis, decriminalization of opiates, stricter gun control measures, abortion rights and LGBT rights during his campaign.

On February 11, 2020, Andrew suspended his campaign following a disappointing result in the New Hampshire primary. He joined CNN as a political commentator on February 19 and on March 10, he endorsed Joe Biden for president.

He filed a lawsuit against the New York State Board of Elections on April 27, 2020, after the state election commission voted to cancel New York's presidential primary and removed Andrew and other inactive candidates from the ballot. Andrew won the lawsuit in early May and praised the order of the federal judge to reinstate the primary.

While featuring on The Carlos Watson Show in August 2020, Andrew mentioned that he was in touch with Joe Biden's 2020 presidential campaign regarding a potential position in the Biden cabinet that will focus on the issue of technology in society. In September 2020, Andrew became a member of the small business advisory council of Biden campaign.

Andrew expressed his interest to run for mayor in the 2021 New York City mayoral election and on December 23, 2020, he went on to file paperwork to raise funds for his campaign. He made formal announcement of his mayoral candidacy through Twitter on January 13, 2021. He was endorsed by several political personalities of New York state and city including U.S. House of Representatives Ritchie Torres and Grace Meng, The late January and early February polls showed him as the leading contender of the race, however his position in the race started to dwindle from May 2021. The Democratic Party primary for the 2021 New York City mayoral election was held on June 22, 2021. Andrew ended his campaign and conceded the race after release of the initial ranked choice votes in which he was placed fourth.

Andrew announced his intention of creating the Forward Party, a new centrist political party in the US, in his 2021 book Forward: Notes on the Future of Our Democracy. He left the Democratic Party, changed his voter registration from Democrat to Independent and made an announcement of such move on his blog on October 4, 2021. On October 5, 2021, he announced formation of the Forward Party. The party made an announcement on July 27, 2022, that it had merged with Renew America Movement and Serve America Movement to form a new political party called Forward. Since July 28, 2022, Andrew and former New Jersey Governor Christine Todd Whitman serve as co-chairs of the party.

In 2011, Andrew married Evelyn Lu and has two sons with her. Their older son Christopher is autistic. The couple lives with their children in a rental apartment in Hell's Kitchen, Manhattan. In 2015, they purchased a home in New Paltz, New York.

Andrew describes himself as a spiritual person and attends the Reformed Church of New Paltz with his family.

See the events in life of Andrew Yang in Chronological Order 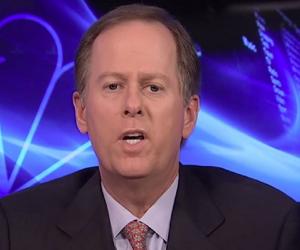