Advanced Search
Frederick Christ Trump Sr., better known as Fred Trump, was an American real-estate developer and the father of the 45th president of the US, Donald Trump. He was born and raised in New York, US. After his father’s death, Fred Trump started a house construction company, in partnership with his mother. He was just 15 years old then. He began with building car garages and progressed to construct apartment houses. He built barracks and apartments near shipyards for ‘US Navy’ staff, during World War II. He also constructed single-family apartment complexes for returning servicemen and middle-income group people. He built more than 27 thousand apartments in and around New York City. He was investigated for wartime profiteering from public contracts and was called before a ‘US Senate’ committee. He was a hard-working and ambitious man. Fred Trump and his company faced a racial discrimination suit filed by the ‘Civil Rights Division’ of the ‘US Department of Justice’ for violation of the ‘Fair Housing Act.’ He was married to Mary Anne MacLeod, and they had five children. He suffered from Alzheimer’s disease during the later years and died at the age of 93. See the events in life of Fred Trump in Chronological Order 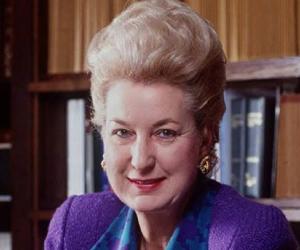