Andrew Michael Sullivan is a writer, editor, political commentator, and one of the world's most widely read bloggers. A pioneer in the field of political blogging, he started his own political blog, andrewsullivan.com's Daily Dish in 2000. He soon developed a large online leadership and became one of the most popular bloggers in the world. The success of his blog spurred him to move it to various publishing platforms including the TheAtlantic.com and TheDailyBeast.com. The influential blogger announced his retirement from blogging in 2015, disappointing millions of his loyal followers. A highly educated man, he began his career with ‘The New Republic’ magazine, eventually becoming its editor, and under his editorship the magazine produced some groundbreaking journalism. Bold, outspoken and sometimes brash, he is as well-known for his penchant for kindling controversies as he is famous for his exceptional literary skills. Openly gay, he identifies himself as a member of the gay "bear community" and is a strong supporter of gay marriage. Diagnosed as HIV-positive in the 1990s, he remains in good health today. Sullivan was born and brought up in England though he has been living in the United States since 1984. For many years he was denied US citizenship because of his HIV-positive status though he was eventually successful in obtaining it. British People
Harvard University
British Editors
Male Media Personalities
British Media Personalities
Childhood & Early Life
Andrew Sullivan was born on 10 August 1963, in South Godstone, Surrey, England, into a Roman Catholic family. His father worked in an insurance company. Andrew has two siblings.
He was a bright child and went to Reigate Grammar School. Later on he studied at the Magdalen College, Oxford, from where he did his Bachelor of Arts in modern history and modern languages.
As a teenager he had realized that he was gay and this made him very confused. He felt lonely and alienated.
He furthered his education at the John F. Kennedy School of Government at Harvard University, earning a Master in Public Administration in 1986. 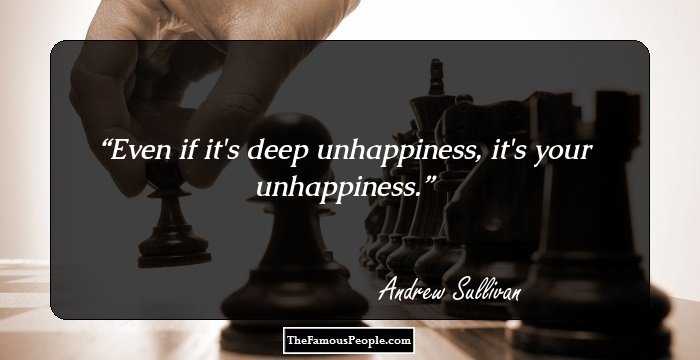 The Sexiest Men Of 2020, Ranked
Career
He started working with ‘The New Republic’ magazine in 1986.
He completed his Doctor of Philosophy in government from Harvard in 1990. His doctoral thesis was on ‘Intimations Pursued: The Voice of Practice in the Conversation of Michael Oakeshott’.
In 1991, he became the editor of ‘The New Republic’ magazine. He helped to expand the magazine’s political coverage to include broader cultural issues and popularized the publication. He also kindled considerable controversy with his outspokenness.
In 1994, he published excerpts from a controversial book called ‘The Bell Curve: Intelligence and Class Structure in American Life’ by Richard Herrnstein and Charles Murray which was considered racist by the editorial staff at the ‘The New Republic’ magazine and they threatened to resign.
His relations with the staff deteriorated a lot after this incident and he ultimately left the magazine in 1996. During his tenure as the editor he had presided over 250 issues of ‘The New Republic’ and helped to grow the magazine’s circulation to well over 100,000.
During the 1990s he authored several books. His book ‘Virtually Normal: An Argument About Homosexuality’ (1995) went on to become one of the best-selling books on gay rights and was translated into five languages. In 1998 he wrote the book ‘Love Undetectable: Notes on Friendship, Sex, and Survival’.
He also worked as a regular contributor to ‘The New York Times Book Review’ and a weekly columnist for ‘The Sunday Times’ of London in the late 1990s.
He started writing for ‘The New York Times’ Magazine in 1998. However, he was fired in 2002 by the editor Adam Moss. Sullivan felt that he had been fired because he had criticized the magazine in his blog.
In 2000, he started experimenting with blogging and created his own political blog, andrewsullivan.com's Daily Dish. The blog became very popular and developed a large online readership. Sullivan is considered to be a pioneer in political blogging and soon became one of the most widely read bloggers in the world.
He also blogged for Time.com and eventually moved his independent blog to TheAtlantic.com in 2007. A few years later he further shifted it to TheDailyBeast.com. After blogging successfully for years, he posted his final blog entry on February 6, 2015 and retired from blogging. 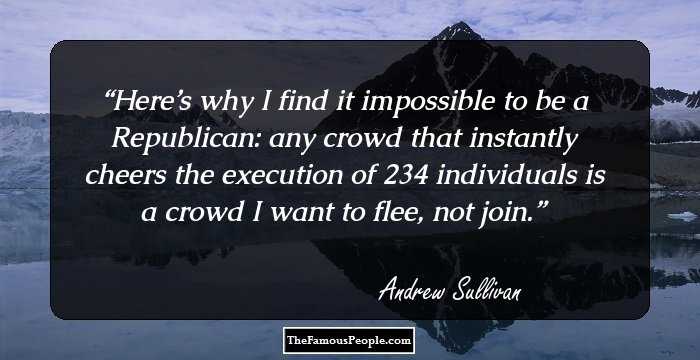 Quotes: I
Major Work
He is best known as the political blogger who founded the blog andrewsullivan.com's Daily Dish. The blog marked the beginning of the era of the political blog and made him an internationally famous blogger.
Awards & Achievements
In 2009, The Daily Dish won The 2008 Weblog Award for Best Blog. 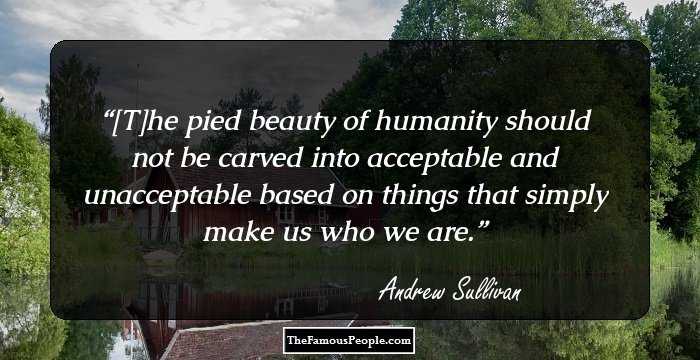 Personal Life & Legacy
Andrew Sullivan is openly gay. He was diagnosed to be HIV-positive in the 1990s but has managed to keep the infection from progressing further. He is an outspoken supporter of gay rights and same-sex marriages.
You May Like

See the events in life of Andrew Sullivan in Chronological Order