Amy Clampitt was an American poet and author known for works marked by dense language and complex allusions. She published her first book of poetry at the age of 63. Her acclaimed book of poems ‘The Kingfisher’ was more like the work of a mature poet, rather than one publishing for the first time. After ‘The Kingfisher’, four more major literary works were published, with the last being ‘A Silence Opens’. She reflected a blend of Quaker roots and Bohemian New York life, expressed with a fluent rush of words that conveyed a sense of motion. Her works made abundant use of erudite allusions that are supported by detailed footnotes. Her poetry is distinguished by a number of notable characteristics that include the generous use of dashes and hyphens, single letters, long dependent clause strings and obscure vocabulary. Her major publications are considered to be virtuoso works of art. She wrote with the awareness of having to produce a lifetime's worth of work in far less than a lifetime's length. Her poems often involved journeys, classical myth, images of femaleness and a sense of the natural world as numinous. Her poetry is ornate, dense, filled with arcane allusions, erudite and linguistically elegant. She became a major voice for contemporary American poetry, and her works continue to be interpreted. Patti Smith
Poets #2325
Writers #8974
DID WE MISS SOMEONE?
CLICK HERE AND TELL US
WE'LL MAKE SURE
THEY'RE HERE A.S.A.P
Quick Facts

American Celebrities
Grinnell College
Gemini Poets
Women Poets
Gemini Writers
Childhood & Early Life
She was born on 15 June 1920 to Quaker Parents in New Providence, Iowa on a three-hundred-acre farm belonging to her paternal grandfather.
She was the first of five children and she lived on the farm until she was ten, when her parents moved to a new house.
She originally began writing poetry at the age of nine. She turned to fiction in high school. After 12 years in the local public schools, where she felt out of place, she moved on to Grinnell College.
In 1941, she graduated with a B.A. degree in English and from that time on lived mainly in New York City. 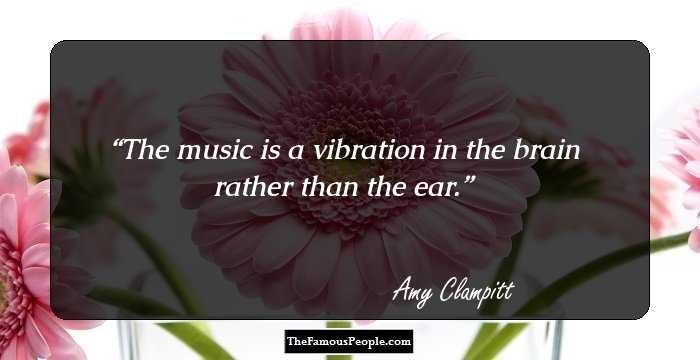 Who Is The Most Popular BTS Member?
Career
She began graduate studies at Columbia University and the New School for Social Research but left to work as a secretary for the Oxford University Press.
During the 1940s and early 1950s, she held numerous jobs while attempting to write novels.
She worked at the National Audubon Society as a reference librarian from 1952 to 1959, and was a freelance writer, researcher and editor from 1960 till 1977.
At the same time, she was drawn into political action and joined the 1971 demonstrations outside the White House in protest of the bombing of North Vietnam.
Her first two books of poetry, ‘Multitudes, Multitudes’ (1974) and ‘The Isthmus’ (1981), both printed by small presses, attracted little attention.
She worked at the E.P. Dutton publishing house as an editor from 1977–82.
Her career as a full-time poet took off in the 1980s. In 1983, she published her first full-length collection of poems, ‘The Kingfisher’. She also worked at the College of William and Mary as a writer-in-residence and as a visiting writer at Amherst College during the 1980s.
Aging and mortality themes in her book of poetry, ‘Westward’ (1991), reflected her advancing years. It concerned migrations of peoples and lifestyles, plants and birds, across America.
Her last major work ‘A Silence Opens’ was published in 1994. It incorporated themes of faith and its mysteries.
Continue Reading Below
Her other published poetry collections were ‘The Summer Solstice’ (1983), ‘Manhattan: An Elegy, and Other Poems’ (1990) and ‘The Collected Poems of Amy Clampitt’ (1997).
Major Works
Her poetry is remembered for its use of elaborate syntax and vocabulary and metaphors. Her 1983 collection of poems, ‘The Kingfisher’, which was organized around the four elements of earth, water, fire and air, brought her instant critical acclaim.
Her 1985 book of poetry, ‘What the Light Was Like’, is considered one of her seminal works. It was devoted to nature and confirmed her reputation as a gifted contemporary poet.
Her 1987 poetry collection, ‘Archaic Figure’, drew upon her European travels and ancient Greek myths. The poetry collection was acclaimed for Amy’s narrative skills.
Awards & Achievements
She was awarded a Guggenheim Fellowship in 1982.
She was awarded the Lila Wallace Readers Digest Writer’s Award in 1990.
She earned a MacArthur Fellowship in 1992 and used a portion of the money to buy a house in Lenox, Massachusetts.
Personal Life & Legacy
She grew up watching her mother spending all her time and energy on children and household chores and thus she decided not to get married or have children in her life.
She shared an apartment on the Upper East Side with Harold Korn, a professor at Columbia University Law School, for the last 25 years of her life. She married him in June 1994, three months before her death.
She died on 10 September 1994, in Lenox, Massachusetts, due to ovarian cancer.
Her husband died in March 2001, and his estate established the ‘Amy Clampitt Fund’, which continues to fund poet residencies at her house in Lenox, Massachusetts.
You May Like

See the events in life of Amy Clampitt in Chronological Order