Amon Goeth was an Austrian ‘Nazi’ officer who was in charge of the Kraków-Płaszów concentration camp in Poland during World War II. He was responsible for the imprisonment, torture, and death of countless people and later became known as the enemy of Oskar Schindler, the industrialist who helped Jews during the Holocaust. When the war was over, he was judged for his crimes and convicted by the ‘Supreme National Tribunal’ of Poland. He was hanged to death near the location of the former camp. Many remember his name from the 1993 movie ‘Schindler’s List,’ where his character was played by Ralph Fiennes.
Continue Reading Below 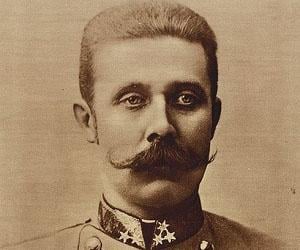 Austrian Celebrities
Austrian Men
Male Leaders
Male Criminals
Austrian Leaders
Childhood & Early Life
Amon Leopold Goeth (or Amon Leopold Göth) was born on December 11, 1908, in Vienna, Austria, to Berta Schwendt and Amon Franz Goeth. His father was a successful publisher who owned the ‘Amon Franz Goeth Publishing House,’ which printed religious literature and other books. He grew up in a Catholic household. He was mostly raised by his aunt, as his parents were too busy with work.
He attended the public school in Vienna and then studied agriculture at the ‘Waidhofen an der Thaya.’ When he was 17, his radical ideas took over. He left school after only a few semesters and joined the local Austrian ‘Nazi Party.’ His anti-Semitic path continued after he joined the ‘Styrian Home Protection Organization,’ a faction of the nationalist paramilitary group named ‘Heimwehr’ (or Home Guard).
Continue Reading Below
You May Like

The Best Black Actresses Of All Time
Career
In September 1930 he became part of the Austrian branch of the ‘Nazi Party’ as member number 510,764. In May 1931, he was given full membership. Soon, his ascension through the SS ranks began. He joined ‘Austrian SS’ in 1930 and was given full membership in 1932. He was promoted to the posts of platoon leader and squad leader. Part of his job was to obtain explosives, and that made the authorities chase him. Thus, he fled to Germany. On June 19, 1933, the ‘Nazi Party’ was declared illegal in Austria. Thus, they moved all their main operations to Germany. He continued to send weapons to Austria and even got arrested. However, he was released because of lack of sufficient evidence against him.
Following this, the arguments between him and his commander caused him to leave the party. He went back home trying to help his parents with their business. They even convinced him to get married. However, he got divorced a few months after his marriage. Following this, he went back to his former activities and married a woman that the ‘SS’ approved of. In 1941, he became the second lieutenant and joined ‘Operation Reinhardt’ (also known as ‘Reinhard’), the campaign started by the ‘Nazis’ to kill Jews in Poland. He was an action leader and financial officer and became famous for his accomplishments concerning the relocation and killings of Jews in Europe. ‘Operation Reinhardt’ was classified. Thus, there was no information on his exact contribution to the operation. However, as evidence would prove later, his job was to gather the victims and take them to the camps where they were killed.
In February 1943, Goeth was part of the “Death’s head” unit and was given the task to construct the Kraków-Płaszów concentration camp, which he would later run. He committed his most horrific atrocities at the camp. The camp was built on top of two Jewish cemeteries, and they used slaves to finish the construction. The famished Jews in the ghetto of Krak¬¬ów were sent to the camp, after those who were deemed unfit to work had been murdered.
Goeth was fully in charge of the camp and referred to himself as their god. He also destroyed the ghetto of Tarn¬ów and brought 10,000 people to the camp. He would kill just for pleasure, choosing his victims randomly. He would shoot the crowd from the balcony of his villa as if he were hunting or practicing his shots. Moreover, he used to sell part of the rations he got for the prisoners on the black market.
In 1944, he already had the highest rank of the company. Plasz¬ów became a permanent concentration camp. When he found out that 10,000 Hungarian Jews were going to arrive at the camp, Goeth made room for them by sending most of the children to Auschwitz to be murdered. He would kill prisoners every day and even had his dogs trained to kill. A former inmate later declared that he had seen Goeth turn one of his dogs on a prisoner. After the dog butchered him, Goeth shot him.
He was finally dismissed in 1944 and charged with theft of Jewish property and violation of the camp’s regulations. On January 15, 1945, the camp was closed and Goeth was going to be judged by the ‘SS.’ However, Germany’s defeat canceled the plans. He was declared mentally insane and was then admitted to a psychiatric hospital. That was where the American forces arrested him in May 1945.
Although he tried to hide his identity, he was recognized by his former prisoners. The ‘Supreme National Tribunal’ of Poland found him guilty of war crimes, and he was executed by hanging on September 13, 1946, at the ‘Montelupich Prison’ in Kraków, not far from Plasz¬ów. That was the end of the hideous monster that had terrorized, tortured, and murdered many innocent people and had left one of the most horrific accounts in the history of the world.
Family & Personal Life
Amon Goeth had married twice. His first marriage was suggested by his parents and only lasted a few months. He then married Anna Geiger on October 23, 1938. He had met Anna at a motorcycle race. Anna was approved by the ‘SS.’ They had three children, but one of them died of diphtheria as a baby. They lived in Vienna during the war.
He was also in a relationship with Ruth Irene Kalder for 2 years. Ruth gave birth to his daughter Monika Hertwig.
Monika published an autobiography in 2002, titled ‘I Do Have to Love my Father, Don’t I?’
Recommended Lists:
Leaders #3108
You May Like

See the events in life of Amon Goeth in Chronological Order