Amanda Belichick is an American lacrosse coach, currently serving as the head coach of women’s lacrosse program at ‘Holy Cross’ in Worcester, Massachusetts. In 2018, she helped the ‘Holy Cross Crusaders’ reach their first playoffs since 2015 in the ‘Patriot League.’ From 2014 to 2015, she served as the head coach at the ‘Wesleyan University’ where she helped the university's team ‘Cardinals’ improve their national computer ranking. Before her tenure as the head coach at the ‘Wesleyan University,’ Belichick worked as an assistant coach for ‘Ohio State’ for three seasons. Throughout her tenure, the ‘Ohio State Buckeyes’ was ranked in the top 20 and broke into the top 10 rank twice. Over the years, Amanda Belichick has coached star players like Keely Connors, Tess Mackay, Anna Johnson, and Alayna Markwordt. Phil Jackson
Coaches #1283
Sportspersons #32598
Continue Reading Below
DID WE MISS SOMEONE?
CLICK HERE AND TELL US
WE'LL MAKE SURE
THEY'RE HERE A.S.A.P
Quick Facts

American People
American Coaches
Women Sportspersons
American Sportspersons
American Women Sportspersons
Childhood & Early Life
Amanda Belichick was born in 1984 in Weston, Massachusetts, USA, to Bill and Debby Clarke Belichick. After graduating from high school, she went to the ‘Wesleyan University’ in Middletown, Connecticut.
Like her father, Bill Belichick, she, too, played lacrosse at the ‘Wesleyan University.’ During her senior year, she captained the university’s lacrosse team. While playing for her college team, she scored 47 goals and made 25 assists.
After graduating from the university with a degree in history in 2007, she started working in the admissions department of a boarding school called ‘Choate Rosemary Hall’ in Wallingford, Connecticut. She also served as a lacrosse coach for the girls’ team while working at ‘Choate Rosemary Hall.’ In 2009, she became the assistant coach for the women's lacrosse team at the ‘University of Massachusetts Amherst’ (UMass Amherst). She spent the 2010 season at ‘UMass,’ helping the ‘UMass Minutewomen’ lacrosse team win the ‘Atlantic 10 Championship.’
You May Like

The Hottest Male Celebrities With The Best Abs
Career
After serving as an assistant coach at the ‘University of Massachusetts Amherst,’ Amanda Belichick joined the ‘Ohio State University’ where she worked as an assistant coach for three seasons. She also served as the offensive coordinator and recruiting coordinator at the ‘Ohio State University.’ During her tenure, the ‘Ohio State Buckeyes’ performed well. In 2012, the team scored 219 goals with an impressive average of 2.88 goals per game.
Thereafter, Belichick joined ‘Wesleyan University’ as the head coach for the 2014 and 2015 seasons. In 2014, the national computer ranking of the university's lacrosse team moved up 32 points.
Subsequently, Belichick became the head coach of the ‘Holy Cross Crusaders’ at the ‘College of the Holy Cross’ in Worcester, Massachusetts. During her first season at ‘Holy Cross,’ Belichick helped the ‘Crusaders’ beat ‘Navy Midshipmen’ women's lacrosse team. She went on to coach Anna Johnson and Tess Mackay and helped them secure second team ‘All-Patriot League’ honors.
During the 2018 season, she helped Keely Connors secure first team ‘All-Patriot League’ honor. She also helped the ‘Crusaders’ reach their first playoffs since 2015 in the ‘Patriot League.’ Over the years, Amanda Belichick has become quite famous as the head coach of the ‘Holy Cross Crusaders.’ The 2018-19 season became her fourth consecutive season as the university's head coach.
Family & Personal Life
Amanda Belichick’s father, Bill Belichick, is a well-known American football coach. He currently serves as the head coach of ‘New England Patriots,’ which plays in the ‘National Football League’ (NFL). Bill Belichick helped the ‘New England Patriots’ win six ‘Super Bowls’ and is widely regarded as one of the greatest coaches by former and current ‘NFL’ players.
Amanda Belichick has two younger brothers, namely Stephen C. Belichick and Brian Belichick. Stephen currently works as a safeties coach for the ‘New England Patriots.’ He was part of the coaching staff for ‘New England Patriots’ when the team won ‘Super Bowl LI’ on February 5, 2017. Belichick’s youngest brother, Brian, serves as an assistant coach for the ‘New England Patriots.’
Amanda Belichick married A.J. DeSantis on July 8, 2017. Belichick and DeSantis met online in 2014 and were engaged for two years before tying the knot. Their wedding took place at the ‘Weekapaug Inn’ in Rhode Island in the presence of their friends and family members. She currently lives in Massachusetts, USA, along with her husband, A.J. DeSantis.
You May Like

See the events in life of Amanda Belichick in Chronological Order 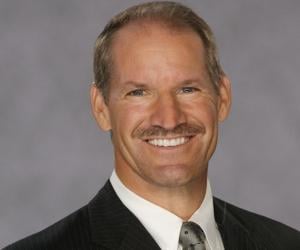 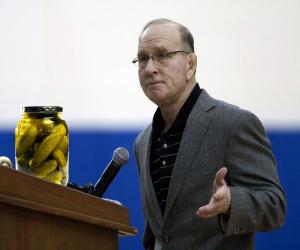