Bill Belichick is an American football coach currently serving as the head coach of the team New England Patriots of the NFL. Born in Tennessee, Bill was raised in Annapolis, Maryland, where his father worked as the head football coach at the United States Naval Academy. Since his childhood, Bill was interested in coaching more than playing football. Following his college graduation, he was hired as the assistant coach of the Baltimore Colts. After assisting many NFL coaches, he was hired as the head coach of the Cleveland Browns in 1991. After bad performances, he worked as assistant coach for other teams. He was eventually hired as the head coach of the New England Patriots in 2000 and it was a massive turnaround for the team’s position in the NFL. Under his mentorship, the team ended up entering 9 Super Bowls and winning 6 of them. In addition, he has also led his team to 17 AFC East Division titles. He is counted among the greatest coaches in the NFL history and was named the NFL Coach of the Year thrice, in 2003, 2007 and 2010. Tyronn Lue
Coaches #3
Sportspersons #458
DID WE MISS SOMEONE?
CLICK HERE AND TELL US
WE'LL MAKE SURE
THEY'RE HERE A.S.A.P
Quick Facts

Bill Belichick was born William Stephen Belichick on April 16, 1952, in Nashville, Tennessee, to Steve and Jeanette Belichick. His father was a former football player and coach who played in the National Football League. Bill was born with Croatian ancestry as his grandparents had arrived in the US from Croatia. He grew up with a sister and a brother.

His father trained both his siblings and him in football. The family moved to Annapolis, Maryland, due to his father’s job as the coach at the USNA, United States Naval Academy. Bill accompanied his father during most of his team meetings, and at a young age, he became well-versed with plannings, pie charts and the graphics of the gameplays.

In 1970, he graduated from Annapolis High School, but initially, he had no great interest in playing football. He played football and lacrosse but was way more inclined towards playing lacrosse. However, he knew his future career was in football, hence, he played it through his high school, and later, college.

Following his high school graduation, he enrolled at Philips Academy, Massachusetts and later attended Wesleyan University. There, he was a member of the football team and played center and tight end. He was highly active in sports and was also a member of the college’s squash and lacrosse teams. He also captained the lacrosse team in his college.

In 1975, he graduated college with a bachelor’s degree in economics. However, he received no interest from any college for a football scholarship and ended up working as an assistant coach upon his college graduation.

Right after his college graduation, he took a job as an assistant coach at the Detroit Lions. He later joined Denver Broncos before he was hired in the coaching staff of New York Giants, in 1979. He initially served as the special team coach, was later promoted as the linebackers coach, before he was further given the responsibility of a defensive coordinator by the team’s head coach.

It took him very little time to exhibit his great coaching and planning skills. In the 1980s, he was able to develop one of the most robust defences of the National Football League as the New York Giants’ defence was being considered among the best. He thus played an integral role in the team’s two Super Bowl victories in 1989 and 1991.

During the 1991 Super Bowl, Giants performed beyond expectations and defeated the favourites Chicago Bulls with a score of 20-19. Bill’s defensive plan for the Giants was considered to be the main reason behind this historical upset and it was later included in the Pro Football Hall of Fame.

His excellent performance with the New York Giants made Bill a hot commodity among the NFL teams as far as coaching was concerned. He was thus hired as the head coach of the team Cleveland Browns in 1991.

However, his performance with Browns was below expectations and had only one successful year, 1994. He took some very controversial decisions which were considered to be the main reasons behind the team performing poorly during the playoff seasons and the regular seasons during his tenure.

In late 1995, after the team’s repeated poor performance, its owner announced that the team will be moved to Baltimore. Bill was promised that he would keep his job as the head coach in the new team, which was to be known as Baltimore Ravens. Instead, he was fired from the head coach position in February 1996.

Bill again joined the New England Patriots team as an assistant coach in 1996. In 1997, he was named as the interim head coach for the New York Jets, while he began working as an assistant coach. After the 1999 season, Jets’ coach Bill Parcels announced his retirement and asked the Jets’ management to instate Bill as the new head coach.

His start with the Patriots’ was not very ideal and his team ended up having a losing record of 5-11. In the 2001 season as well, the team stumbled initially within the first few games, with the team’s starting quarterback Drew Bledsoe getting injured. Bill then gave Tom Brade a chance, which turned the tables for the team. The postseason performance of the team was exceptional, which led them to win their first Super Bowl title.

And this was a beginning of a new era for the New England Patriots’ as within the next few years, they emerged among the strongest teams in the NFL. In the 2003 and 2004 regular seasons, the team stood at a 14-2 record in both seasons. Patriots’ were Super Bowl champions in both seasons.

In the 2007 season, the Patriots’ became the only NFL team in history to remain undefeated in a 16-games regular season. However, in 2008, Bill’s coaching ethics were questioned when he was found to be involved in a scandal known as ‘spygate’. As the team won the season’s opening match against New York Jets, a Patriots’ staff member was caught with videotapes of Jets’ sideline signalling. Bill was fined half a million dollars, however, he continued coaching the team.

Over the next few years, the Patriots’ remained one of the leading teams in the NFL. In 2011, the team advanced to the Super Bowl again but lost to the Giants. For the next few seasons, despite registering some major victories and Super Bowl appearances, another controversy hit Bill.

After the 2014 Super Bowl, it was found that the Patriots’ had used deflated balls that were easier to grip, hold and can be thrown farther. However, no action was taken against Bill or his team and he was acquitted of all the charges.

In the 2015 Super Bowl, Bill led his team to a title win and repeated the success in 2017 and 2019 Super Bowls as well. Hence, under his tenure, New England Patriots made 9 Super Bowl appearances in total and won 6 of them. Bill thus became one among the three head coaches in NFL history to win 6 Super Bowls.

Bill Belichick married a businesswoman named Debby Clarke in 1977. The couple had three children before they divorced in 2006. Hs wife alleged that Bill had an affair with Patriots’ receptionist Sharon Shenocca, which led to the divorce.

Bill has been in a relationship with Linda Holliday since 2007.

In January 2021, it was announced that Bill will receive the President Medal of Honor from Donald Trump, who was the president at that time. After the ‘storming of the US Capitol’ by the Trump supporters, he declined the award.

See the events in life of Bill Belichick in Chronological Order 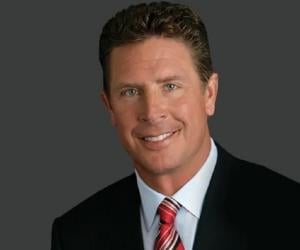 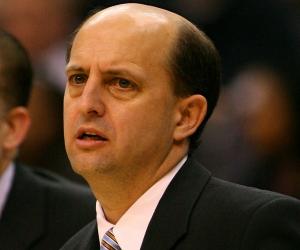 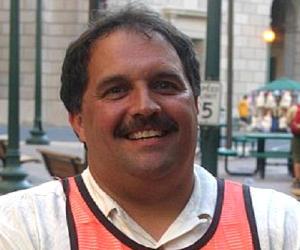