José Ferraz de Almeida Júnior, commonly referred to as Almeida Junior, was the first artist of his time to create Realistic portraits in Brazil. His works have been designated as the foundation of modern art in the nation. His paintings bear a close resemblance to the works of other Realistic artists such as Gustave Courbet and Jean Francois Millet of France. During Almeida’s time, his contemporaries were busy illustrating myth and historical events, but he chose to redirect his paintings toward rustic life. Several of his paintings canvas rustic people in their most ordinary chores, some even portraying intense feelings of longing and despair. None would have imagined that such a bounty of artistry could be hidden in a poor church bell-ringer! His portraits displayedabundant dexterity as he possessed a keen eye for perfection. Being the first in Brazil to swim against the tide, he gathered lofty admiration, with many painters imitating his work in the decades to follow. Yet his paintings have been marked for their intricate portrayal of both art and emotion, making it impossible to replicate. Brazil commemorates the everlasting work of the impactful artist on his birthday, 8May, with the celebration of ‘Fine Arts Day’ also called ‘Dia do ArtistaPlastico’. 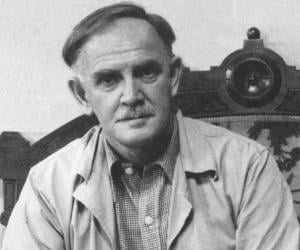 Brazilian People
Brazilian Men
Brazilian Artists
Male Artists & Painters
Taurus Artists & Painters
Childhood & Early Life
José Ferraz de Almeida Júnior was born on 8 May 1850 in the small town of Itu, Brazil, to Miguel Correa P, who was a priest at the Our Lady of Candelaria Church.
Almeida Junior was brought up in a pious home backed by strong religious beliefs. From a young age he worked as a bell ringer in his father’s church.
When not aiding with the daily chores, he spent his time making portraits.Many of these paintings were of religiousthemes, such as ‘The Apostle St. Paul’ in 1869, and were often used in his father’s church as décor.
His father was so impressed by his son’s skills that he held a fundraising event for his formal art education. The funds raised in the church would help to provide his son enough finance to learn art in Rio de Janerio.
His father was able to gather sufficient funds, and thus at the age of 19, Almeida Junior sailed to Rio de Janerio, where he received education in the Imperial Academy of Fine Arts.
At the institute, he was trained by Victor Meirelles, Jules Chevrel and Pedro Americo, who were fine artists and established professors of their time.
He chose a regular course of study at the institute that spanned over two years of compulsory drawing classes after which he would learn to paint.
He studied geometric and figurative drawings, historical paintings, anatomy, life drawing, applied mathematics, aesthetics and physiology of passions at the academy.
He was a popular student at the university; his work was so meticulous that he received plenty of recognition for his religious, historical and living model paintings.
After completing his formal education, he returned to Itu. On returning to his homeland, he setup a studio where he not only made portraits but also taught drawing.
Continue Reading Below
You May Like

The Sexiest Men Of 2020, Ranked
The Birth of an Artist
Fortune struck Almeida Junior in 1876, when Emperor Pedro II visited Sao Paulo. At Itu, he came across the paintings by Almeida. The emperor had such deep admiration for his works that he immediately sponsored his further studies in Europe.
In 1877, he took drawing lessons in Paris, with 300 francs awarded to him by the Royal decree per month; this was a lot of money, since at that time a daily labourers wage was 5 francs per week.
In Paris he took admission in ‘EcoleNationaleSuperieure des Beaux’ in 1878. There he studied under the famous AlexandreCabanel for three years in the course of anatomical drawings.
In 1879 he joined the ‘Salon Officiel des Artistes Francais, where for the next three years he created several masterpieces including ‘DerrubadorBrasileiro’ or the Brazilian lumberjack.
A few of his other paintings from 1879 to 1882 were – ‘Brazilian and remorse of Judas’ in 1880, ‘Flight into Egypt’ in 1881 and ‘The Rest of the Model’ in 1882.
Realism
After 1882, Almeida Junior moved back to Brazil from Paris, where he exhibited his paintings at his first institute, the Imperial Academy of Fine Arts.
He opened up a studio at Sao Paulo, where he took upon himself the responsibility of training future generations of artists. Several of his students went on to make indelible marks in art, of which Pedro Alexandrino was most successful.
Almeida Juniorreformed Brazilian painting by injecting his passion into several themes such as regional paintings and Republican nobles.
He held exhibitions for potential buyers and the press. As a result of these exhibitions, word of his work spread far and wide and helped him gain an honourable reputation.
Continue Reading Below
He received his greatest honour when he was awarded knighthood following his exhibition ‘ExposiçãoGeral de Belas Artes’ in 1884.
The next year, Victor Meirelles beckoned Almeida to replace him as the professor of history painting at the Imperial Academy, but he declined the offer and continued to paint and teach at his studio in Sao Paulo.
From 1887 to 1896, he made three trips to Europe, where he met European painters and artists who left a lasting impression on him.
As the years passed, he gradually shifted from various genres of biblical and historic paintings to rustic paintings, steadily gaining pace with Naturalism.
Even though these thematic changes in his portraits weren’t minor, people continued to adore his artistic skills, and his studio and classes continued to flourish.
The later years of his career saw the influence of Realistic art and Naturalism in his portraits such as ‘Stinging Smoke Grit’ of 1893, ‘Interrupted’ of 1894 and the ‘Guitarist’ of 1899.
He painted men and women in their daily lives, bringing about a more realistic portrayal of village beauty that deviated from the rigid academic paintings of his time. His paintings didn’t seek to explore luxury, but rather with due respect, they projected simplicity at its best.
Major Works
Some of Almeida Junior’s finest masterpieces include the ‘A Boy’ in 1882, ‘Baptism of Christ’ in 1885, ‘Caipiras Negaceando’ in 1888. His other famous works are ‘Crucified Christ’ in 1889, ‘Leitura’ in 1892, ‘The Inopportune’ in 1898, and ‘Saudade’ in 1899.
Awards & Achievements
In the final year of his education at the Imperial Academy, Almeida Junior was awarded a gold medal for his portrait of the ‘Resurrection of the Lord’ in 1874.
In 1884, the Imperial Government awarded him the title of the Knight of the Rose.
His final gold medal was awarded by the Imperial Academy once again in 1898 for his spectacular painting of ‘Departure of the monsoon’, which is even today complimented by numerous art critics.
Personal Life & Legacy
Almeida Junior had a long-term affair with his cousin, José de Almeida Sampaio’s wife Maria Laura do Amaral Gurgel. Maria Laura and Almeida had once been engaged and later parted ways. She then went on to tie the knot with Almeida’s cousin but continued her liaison with Almeida.
When Sampaio learned of the affair, he grew furious and stabbed Almeida Junior to death on 13 November 1899.
His last painting was ‘The Guitar Player’, that he had finished a couple of days before his death. The world bore great loss with the demise of such a commendable artist and Brazil lost its ‘national painter’.
His paintings marked the transition of traditional Brazilian art to modernism. His work utilised the skills he had learnt in various universities, yet it deviated from the mythological paintings of his era.
Even today he is rife in the memories of the civilians of Brazil, through the celebration of the Day of Fine Artists on his birthday wherein exhibitions are held in memory of his contributions to Realistic art.
You May Like

See the events in life of Almeida Junior in Chronological Order