Alice Munro, born as Alice Ann Laidlaw, is a Canadian writer who won the 2013 Nobel Prize in Literature and the Man Booker International Prize in 2009 for her lifetime body of work. She specializes in short story writing and is known for her easy-to-read and moving style that explores human complexities effortlessly. She is regarded as one of the greatest contemporary writers of fiction. The focus of her stories is her native place, southwestern Ontario, and she often describes the local people, their aspirations and lifestyles in her writings. She began writing as a teenager and published her first story as a student. Her first collection of stories, ‘Dance of the Happy Shades’ was highly appreciated and won the Governor General's Award, Canada’s highest literary prize. Her strong regional focus and complex female characters are characteristic of her writings. Most of her works belong to the literary genre known as Southern Ontario Gothic. One recurrent theme in the stories she wrote in her youth was that of a girl coming of age and dealing with the associated challenges and confusions. Maturing as a writer and a woman, the focus of her stories shifted to the challenges faced by middle-aged and elderly women. A prolific writer, she continues to write even today, in spite of battling several health problems at the age of 81. J. D. Salinger
DID WE MISS SOMEONE?
CLICK HERE AND TELL US
WE'LL MAKE SURE
THEY'RE HERE A.S.A.P
Quick Facts

education: The University Of Western Ontario

Canadian People
Short Story Writers
Canadian Women
Cancer Writers
Women Writers
Childhood & Early Life
Alice Munro was born in Ontario, Canada, to Robert Eric Laidlaw and Anne Clarke. Her father was a fox and poultry farmer while her mother was a school teacher.
In 1949, she joined the University of Ontario to pursue a course in English. She did not complete her degree and left the university to get married in 1951. 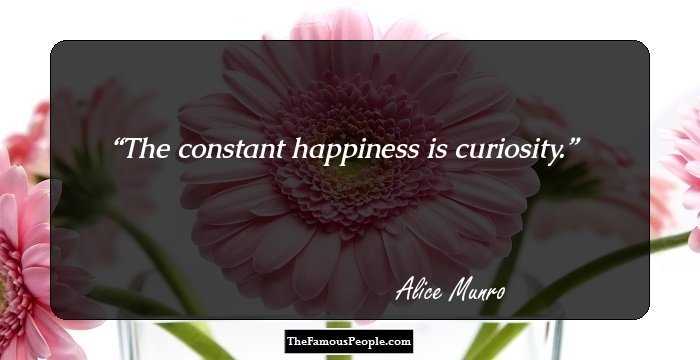 Quotes: Happiness
Continue Reading Below
Career
Alice Munro and her then husband James Munro opened a bookstore, Munro’s Books in Victoria in 1963. Her first collection of short stories, ‘Dance of the Happy Shades’ was published in 1968. It became an instant hit and received critical acclaim.
Her only novel, ‘Lives of Girls and Women’ was published in 1971. The book is a collection of interrelated stories revolving around the life of a single character, Del Jordan. Many feminist ideas and concepts are discussed in the novel.
After her divorce from James in 1972, she returned to Ontario and became Writer-in-residence at the University of Western Ontario.
In 1974, she published another book of short stories, titled, ‘Something I've been meaning to tell you.’ It also included the short story, ‘How I Met My Husband.’
Her collection of short stories, ‘Who do you think you are?’ was published in 1978 in Canada. In countries outside Canada, the same book was published under the title, ‘The Beggar Maid.’
She embarked on a three year long inter-continental tour of Australia, China and Scandinavia in 1979. While touring, she held the position of writer-in-residence at the University of British Columbia and the University of Queensland.
During the 1980-90’s, Munro started publishing in a particular pattern —one book every four years. Her book ‘The Moons of Jupiter’ was published in 1982. It included stories like ‘Dulse’, ‘The Turkey Season’ and ‘Accident.’
In 1986, she came out with the award winning book ‘The Progress of Love’, and followed it with ‘Friend of my Youth’ in 1990 which had stories like ‘Friend of My Youth’ and ‘Five Points.’
She wrote two other books in the 1990’s: ‘Open Secrets’ (1994) and ‘The Love of a Good Woman’ (1998). This book dealt with themes like love, secrets and betrayal.
Continue Reading Below
Her book ‘Hateship, Friendship, Courtship, Loveship, Marriage’ was published in 2001. The story, ‘The Bear Came over the Mountain’ was made into a film titled ‘Away from Her’ in 2006. It was directed by Sarah Polley.
Her 2004 collection of short stories ‘Runaway’ has eight stories, each of which deal with women and the complex relationships they have with others in their life.
She published a collection of historical and autobiographical stories titled ‘The View from Castle Rock’ in 2006. The first part of the book is a narration about the Laidlaw family tree starting from the 18th century while the second part contains fictionalized accounts of events from the author’s life.
Her recent books include ‘Too Much Happiness’ (2009) and ‘Dear Life’ (2012). Several compilations of her short stories have also been published. 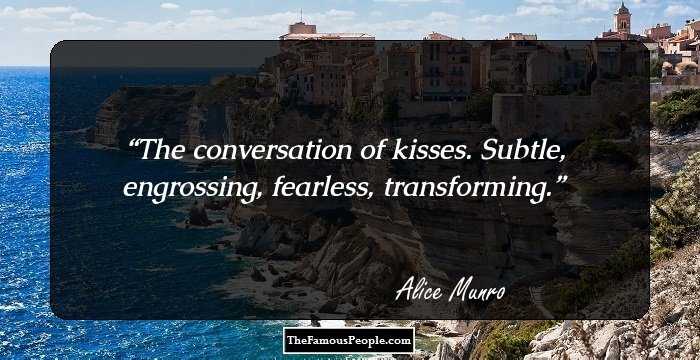 Major Works
She created a literary sensation with her highly acclaimed first collection of stories, ‘Dance of the Happy Shades’ published in 1968. It went on to win the renowned Governor General’s Award for English fiction.
Her 1978 book of short stories ‘Who Do You Think you Are?’ was a critically acclaimed work of fiction that won for her another Governor General’s Award. The book was published as ‘The Beggar maid’ outside of Canada.
‘Runaway’, published in 2004 was a collection of short stories about the lives of women and the complicated human relationships they found themselves in. The book won the Giller Prize for that year.
Awards & Achievements
She received the Governor General's Award for English-language fiction thrice—1968, 1978, and 1986. This is a very prestigious award honouring those who make a distinction in the literary field.
Continue Reading Below
The PEN/Malamud Award was bestowed upon her in 1997 for "excellence in the art of the short story."
She won the Giller Prize twice—for ‘The Love of a Good Woman’ in 1998 and for ‘Runaway’ in 2004.
She was named the winner of the Man Booker International Prize in 2009 for her lifetime body of work. The prize is awarded to honour an author’s "continued creativity, development and overall contribution to fiction on the world stage."
She won the 2013 Nobel Prize in Literature for her lifetime body of work. She is the 13th woman to win the prize. 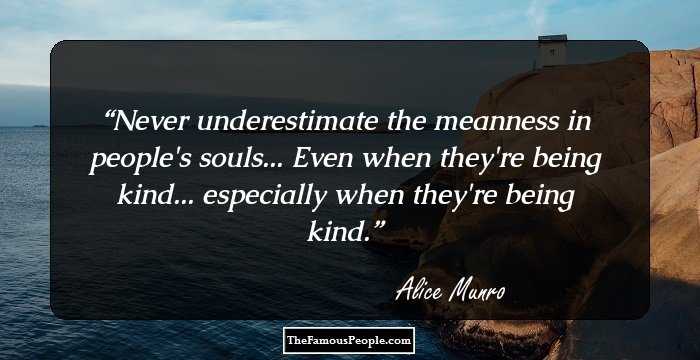 Quotes: Never
Personal Life & Legacy
She married James Munro in 1951 and had four daughters with him. They were divorced in 1972.
She married Gerald Fremlin, a geographer, in 1976. They remained married till his death in 2013.
As a writer, Munro has influenced many others like Margaret Atwood, William Trevor, Jhumpa Lahiri, and Jonathan Franzen.
Trivia
She has a principle of declining those prizes that did not specifically honour the quality of her writing.
During her college days, she had worked as a waitress, a tobacco picker, and a library clerk.
Her eldest daughter, Sheila Munro is also a writer.

Quotes By Alice Munro | Quote Of The Day | Top 100 Quotes

See the events in life of Alice Munro in Chronological Order 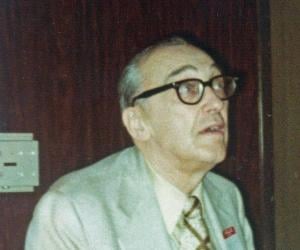 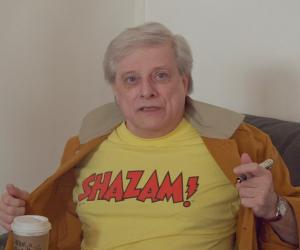