Alfred Sisley was a landscape painter who helped to develop the technique and look of the movement, ‘impressionism’. Born in France, Sisley was a British citizen who lived and worked in France alongside other famous painters of the movement, including Monet and Renoir. He gave up a business career early in life and painted for a living, even though it meant spending most of his life in poverty. Unlike many other impressionists, he focused his painting career almost exclusively on landscapes, rather than working on figure studies or exploring outside of the movement. His paintings feature countryside scenes captured outdoors in and around the small French village where he spent much of his adult life. Alongside his fellow impressionists, he helped popularize the method of quickly painting ever-changing, natural subjects, rather than carefully controlled studio subjects. His naturalistic depictions of rural French life often include motifs of steam, snow, rain and other yielding, natural elements softening the edges of man-made and industrial objects. Although his paintings were not widely accepted during his lifetime, they now command high prices and are valuable additions to some of the most prestigious art collections in the world. While his name is often overshadowed by Monet and other famous impressionist painters of the time, his contribution to the impressionist movement is invaluable. 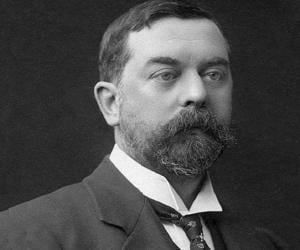 John Singer Sar...
Artists & Painters #432
Continue Reading Below
DID WE MISS SOMEONE?
CLICK HERE AND TELL US
WE'LL MAKE SURE
THEY'RE HERE A.S.A.P
Quick Facts

British People
French People
French Artists & Painters
British Artists & Painters
Male Artists & Painters
Scorpio Artists & Painters
Childhood & Early Life
Alfred Sisley was the only son of William Sisley, a wealthy British silk merchant, and Felicia Sell, a cultivated music connoisseur. He was born on 30 October 1839, in Paris, and spent most of his life in France, but maintained his identity as a British citizen.
In 1857, Sisley travelled to London to study business for four years, but found that he didn't belong to that world. He returned to France and began to study art.
In 1862, he began studying in an atelier within the Paris École des Beaux-Arts and developed his practice of painting en plein air, outdoors onsite rather than in the studio. This is the school where he met and befriended Claude Monet, Pierre-Auguste Renoir and other famous impressionists of the time.
Continue Reading Below
You May Like

Famous Beautiful Women With Green Eyes
Career
Alfred Sisley's early paintings during the 1860s helped to develop the impressionist style, but were not accepted in a large public art exhibit until 1868. Produced outdoors on the spot rather than in the studio with multiple revised drafts, his paintings and others’ works in that style were widely considered to be too colourful and representational, by critics of the time.
When the onset of the Franco-Prussian War in 1870 forced his father out of business, Sisley began depending solely on his paintings to support himself. Although he began his career with an allowance from his father, he spent the rest of his life in poverty. Like many of his fellow impressionists, his paintings did not fetch high prices until after his death.
For most of his career, Sisley depended on patrons to fund his artistic efforts, and with their help was able to travel to England in 1874, where he painted a series for the first independent impressionist exhibition.
He also participated in independent shows later, but did not enjoy much critical or commercial success.
In 1880, Sisley and his family moved to a small village near the forest of Fontainebleau, where the gentle and ever-changing landscape inspired him to paint a large majority of his best-known paintings.
During his career, Sisley painted over 900 landscapes in the impressionist style. Unlike many of his contemporaries, he painted very few figure studies, and focused almost entirely on landscapes painted outdoors. Though he painted landscapes almost exclusively, his work came to be known for its increasing intensity and depth of expression in his later years.
Major Works
'Sand Heaps' painted in 1875, is one of his most famous and recognizable paintings. Owned today by the Art Institute of Chicago, this tranquil example of impressionism can be found everywhere from postcards to high quality prints.
Personal Life & Legacy
In 1866, he started a relationship with Eugénie Lesouezec that lasted the rest of their lives. Lesouezec was also British and living in Paris when the two met, and they had two children together; before they travelled back to their native country to get married on August 5th, 1897.
He died on 29 January 1899 at the age of 59. Although he spent most of his time in France, he died, without French citizenship, in the same small village near Moret-sur-Loing which featured in so many of his landscapes.
Alfred Sisley received very little recognition during his lifetime and died a poor man. It wasn't until after his death that he was recognized as one of the great impressionist painters.
Trivia
This famous painter’s work 'The Lane of Poplars at Moret', completed in 1890 has been stolen three times from the same museum. The Musée des Beaux-Arts in Nice recovered it all three times and continues to display it till today.
Although Sisley and Monet were acquainted throughout their careers, Sisley's works are often overshadowed by the famous French-born painter. The two painters cover similar subject matter, colour palette, and style, throughout their paintings but Sisley’s work is often considered more subtle and subdued.
You May Like

See the events in life of Alfred Sisley in Chronological Order