Raoul Wallenberg was a Swedish architect, diplomat, and businessman. He gained much attention after rescuing several Hungarian Jews during Second World War. Following that, he disappeared and was eventually reported to have been killed in July 1947 while in a prison in Moscow. The son of a naval officer, Wallenberg received several humanitarian honors posthumously. In 1981, he was made an honorary citizen of USA, becoming the second individual to obtain this honor. Born in a wealthy family, he was raised by his mother and maternal grandmother following his father’s death when he was just a few months old. After completing a compulsory eight-month service in military, Wallenberg moved to Paris to pursue further education. In 1931, he enrolled in the University of Michigan and eventually graduated with a degree in architecture in 1935. A year later, he became the foreign representative for the Central European Trading Company. Although Wallenberg reportedly died in 1947, several testimonies of former prisoners claimed that he had been seen alive in later years. 42
4th August In History
DID WE MISS SOMEONE?
CLICK HERE AND TELL US
WE'LL MAKE SURE
THEY'RE HERE A.S.A.P
Quick Facts

education: University of Michigan, A. Alfred Taubman College of Architecture and Urban Planning

Swedish Celebrities
Swedish Diplomats
Leo Men
Childhood & Early Life
Raoul Wallenberg was born on 4 August 1912, in Lidingö Municipality, Sweden, to Raoul Oscar Wallenberg, a naval officer, and his wife, Maria Sofia.
His father died of cancer when he was just three months old. After his death, he was raised by his mother and maternal grandmother.
In 1918, his mother remarried. The marriage resulted in his two half-siblings, Guy von Dardel and Nina Lagergren.
Following high school and compulsory military service, Wallenberg went to study in Paris. After a year, he joined the University of Michigan in USA.
After graduating in 1935, he took a job in South Africa for six months. Following that, he took a new job in Israel.
Wallenberg returned to Sweden in 1936 and joined the Central European Trading Company.
Continue Reading Below
You May Like

The Hottest Male Celebrities With The Best Abs
World War II
In early 1938, the Kingdom of Hungary passed several anti-Jewish measures. Inspired by Nazi Germany’s Nuremberg Race Laws, these laws focused on restricting Jews from certain professions.
This led Wallenberg to frequently travel to Hungary on his Jewish boss Kálmán Lauer’s behalf. After becoming the international director of his organization, he also became a frequent traveler to Germany during World War II.
Following the Battle of Stalingrad and Germany’s occupation of Hungary in March 1944, millions of Jews were brought to Nazi-occupied Poland and killed. This genocide of Jews, also called Nazis' Final Solution, was carried under the implementation of Adolf Eichmann.
Mission to Budapest
Between May and July 1944, over 400,000 Jews were deported by Adolf Eichmann and his associates. By the time Wallenberg reached Budapest in July, only 230,000 Jews were remaining.
To save the remaining Jews from been deported, Wallenberg issued protective passports to many of them. He rented 32 buildings in Budapest and sheltered about 10,000 Jews.
He saved hundreds of thousands of people, including Tom Lantos who later joined the United States House of Representatives, and biochemist Lars Ernster.
His efforts resulted in over 350 people joining the rescue program. This included Swiss diplomat Carl Lutz, religious student Tibor Baranski, and Sister Sára Salkaházi.
Wallenberg slept in a different place each night in order to save himself from Adolf Eichmann's men. He was eventually caught. However, he managed to bribe Pál Szalai, an Arrow Cross Party member. Through Szalai, Wallenberg delivered a note, thus enabling the occupying Germans in preventing a strategy to blow up the Budapest ghetto.
Disappearance & Death
On 29 October 1944, Ukrainian forces under Rodion Malinovsky launched a campaign against Budapest. This led to the bloody siege of Budapest after German commander of Budapest, Pfeffer-Wildenbruch, refused to surrender.
Continue Reading Below
In January 1945, Wallenberg was called to Malinovsky's headquarters in Debrecen. He was subsequently transported to Moscow’s Lubyanka prison. In March that year, Soviet-controlled Hungarian radio broadcast the news of his murder.
In February 1957, the Soviet government issued a document dated 17 July 1947. The document stated Wallenberg had died due to cardiac arrest while in prison.
Following his reported death in 1947, several former prisoners claimed to have seen him. An eyewitness confirmed about his presence in a Soviet prison during the 1960s.
John Farkas, a fighter during Second World War, claimed to have seen Wallenberg alive in the 1980s.
Attempts to Find Wallenberg
Annette Lantos, who was rescued by Wallenberg, started campaigning in USA to urge Soviet Union to justify the latter’s disappearance. She later raised the matter with President Jimmy Carter.
Tom Lantos, who later became a representative in Congress, helped making Wallenberg an honorary citizen of USA.
Wallenberg's half-brother, Dardel, after retiring from CERN, dedicated the rest of his life to searching for his brother. He traveled to the Soviet Union several times and also initiated a Swedish-Russian group to find about his brother’s fate.
Connection to US intelligence
On 7 November 1944, a communique was sent by the Office of Strategic Services (OSS) Secret Intelligent Branch in Italy. The communique admitted that Wallenberg worked as an unofficial liaison between an anti-Nazi resistance organization called the Hungarian Independence Movement and the OSS.
In May 1996, the Central Intelligence Agency (CIA) issued several documents that confirmed that Wallenberg was serving as an agent of OSS.
Later, it was concluded that Wallenberg may have been following a parallel secret mission intended to destabilizing Hungary's pro-Nazi rule on behalf of the OSS.
Family & Personal Life
Wallenberg’s mother and his stepfather, Fredrik von Dardel, committed suicide in 1979 after failing to find their lost son even after many years. His half-brother established organizations to find Wallenberg.
His half-sister Nina is the mother of Nane Maria Lagergren, who later married United Nations’ former secretary general, Kofi Annan.
His niece Louise von Dardel dedicates much of her time in uncovering information about her uncle.
Wallenberg’s extended family remains a prominent part of the Swedish society as majority shareholders in big corporations, including Scandinavian Airlines.
You May Like

See the events in life of Raoul Wallenberg in Chronological Order 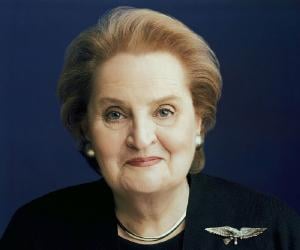