Advanced Search
Alastair Reynolds is a British novelist who specializes in hard sci-fi and space opera. He has published several popular novel series and is also known for his standalone work, ‘Chasm City.’ Reynolds was born in Barry, Wales, in the United Kingdom. He studied physics and astronomy at Newcastle University. Later, he attended the University of St Andrews, from where he earned his PhD. For several years, he worked for the European Space Research and Technology Centre, which is a part of the European Space Agency. In 2004, he left his job to pursue a full-time writing career. He is known for creating the ‘Revelation Space Universe’, a fictional universe in which many of his novels such as ‘Revelation Space’ and ‘Absolution Gap’ are set. He has also published several short fiction pieces, such as ‘The Big Hello’, ‘Lune and the Red Empress’, and ‘Sleepover’. Reynolds’ works have won him multiple awards, including the British Science Fiction Award for Best Novel in 2001 for his novel ‘Chasm City.’ He is also a recipient of the Seiun Award from the Japanese National Science Fiction Convention for his short story ‘Weather’. Lucy Hawking
DID WE MISS SOMEONE?
CLICK HERE AND TELL US
WE'LL MAKE SURE
THEY'RE HERE A.S.A.P
Quick Facts

British People
British Men
Newcastle University
University Of St Andrews
Male Writers
Childhood & Early Life
Alastair Preston Reynolds was born in Barry, South Wales, on 13 March 1966. His father was a civil engineer, and because of his work, Reynolds’ family lived in Truro till 1973. The family later returned to Wales. He lived in Bridgend till he started his higher education.
From the age of five, he suffered from asthma. It resulted in him missing school a lot. Though he could not play sports because of his condition, he was good at drawing and writing. As he grew up, he made up his mind to become a scientist.
He studied astronomy and astrophysics at Newcastle University and graduated in 1988.
Continue Reading Below
Career As A Scientist
Alastair Reynolds moved to Noordwijk in the Netherlands in 1991. There, he worked for the European Space Research and Technology Centre, which is a part of the European Space Agency.
It was during this time that he met his future wife, Josette, who is originally from France. He worked there till 2004. He then left his job to pursue a full-time writing career.
Writing Career
Alastair Reynolds began writing stories while he was still at the university. He started publishing his novels and short stories alongside working as a scientist.
In 2000, his first science fiction novel, ‘Revelation Space,’ was published. The novel has three seemingly-unrelated narratives, which merge as the story moves forward. The book became the first novel of his ‘The Inhibitor Trilogy’ that is set in ‘Revelation Space Universe’.
His second novel, which was titled ‘Chasm City,’ was published in 2001. Though it is part of the ‘Revelation Space Universe’, it is a standalone novel. The novel won a British Science Fiction Association Award.
His third novel, ‘Redemption Ark’, was published in 2002. It takes place in the ‘Revelation Space Universe’ and is the second part of The Inhibitor Trilogy. In 2003, he published ‘Absolution Gap’, which is the direct sequel to ‘Redemption Ark,’ and third part of the trilogy.
In 2004, he published the sci-fi mystery novel ‘Century Rain’, which is a standalone novel, not connected to any universe. His next novel was published in 2005; it was named ‘Pushing Ice’. It was also a standalone novel.
In 2007, he published ‘The Prefect/Aurora Rising’, which was also a part of the ‘Revelation Space Universe’. The following year, he published ‘House of Suns’, a standalone novel. It received mostly positive reviews. In 2010, he published his next work ‘Terminal World’, another standalone novel.
He continued to publish several other novels like ‘Blue Remembered Earth’ (2012), ‘On the Steel Breeze’ (2013), and ‘Poseidon’s Wake’ (2015). All three were part of the ‘Poseidon’s Children Universe’.
In 2016, he published ‘The Medusa Chronicles’. The same year, he also published the novel ‘Revenger’, which is the first novel in the ‘Revenger Universe’.
In 2018, he published ‘Elysium Fire’, which is again a part of the ‘Revelation Space Universe’. His most recent work is ‘Shadow Captain,’ his second novel in the Revenger Universe, and a direct sequel to ‘Revenger’.
Major Works
One of Alastair Reynolds’ early works is the science fiction novel ‘Chasm City’. The novel deals with subjects such as identity, memory, and immortality. It won the British Science Fiction Association Award in 2001. The story takes place in the ‘Revelation Space Universe’.
Another one of his important works is ‘The Medusa Chronicles’, which is a 2016 sci-fi novel. It was co-written by Stephen Baxter. It was a sequel to ‘A Meeting with Medusa’, by Arthur C. Clarke, which was published in 1970.
Reynolds published the novel ‘Revenger’ in 2016. Unrelated to any of his previous novels, this novel is the first installment of the ‘Revenge Universe’ series. It won the Locus Award in 2017 for Best Young Adult Book.
Family & Personal Life
Alastair Reynolds lives in Wales with his wife Josette.
Trivia
In 2019, two of Reynolds’ short stories were adapted for Netflix’s anthology animated series ‘Love, Death & Robots.’

See the events in life of Alastair Reynolds in Chronological Order 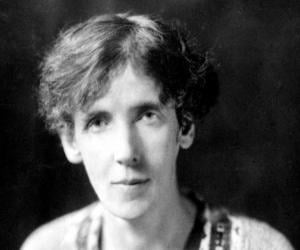