Adele is an English singer and songwriter who rose to fame owing to her distinctive voice and has become one of the best-selling artists of our time. Born in England, she was raised by a young single mother in various working-class neighborhoods of London. She enjoyed singing contemporary pop music from an early age and later became interested in the likes of Ella Fitzgerald and Etta James. In her early teens, she considered a career in music while studying at the ‘BRIT School.’ Her flair for music eventually caught the attention of record labels, and after graduating, she signed a deal with ‘XL Recordings.’ After building anticipation in Britain with some well-received live performances, Adele released her first album ‘19’ in 2008 which debuted at No. 1 on the British album chart.Subsequently, she received much praise for her unique and soulful voice. Later, her second album ‘21’ was released which comprised of several hit singles,including ‘Rolling in the Deep’ and ‘Someone Like You.’ Both the songs topped the charts in multiple markets and broke many sale records. She also received an ‘Academy Award’ for her song ‘Skyfall,’ which she wrote and composed for a James Bond film of the same name. With an incredible voice and an outspoken personality, she has become one of the most popular performers of the present generation. British People
Pop Singers
Soul Singers
Lyricists & Songwriters
British Women
Childhood & Early Life
Adele Laurie Blue Adkins was born on May 5, 1988, in Tottenham, England, to a Welsh father, Marc Evans, and an English mother, Penny Adkins. When Adele was still a kid, Evans left the family and thereafter, she was raised by her mother.
Adele developed a passion for music and started singing at a young age. She was influenced by the ‘Spice Girls’ and also enjoyed the works of Lauryn Hill, ‘Destiny's Child,’ and Mary J. Blige.
At the age of 14, Adele discovered the collection of Etta James and Ella Fitzgerald at a local music store and was fascinated by their music. A stage performance by ‘Pink,’ which Adele witnessed as an audience member, played a significant role in fueling her ambition to become a singer.
She was enrolled at the ‘BRIT School for Performing Arts & Technology’ in Croydon. While studying, she wrote and composed songs, later posting them on her ‘Myspace’ page.
After graduating in 2006, she recorded a three-song demo for a class project which impressed the ‘XL Recording’ executives. Subsequently, she was contacted by the company and signed a recording contract. 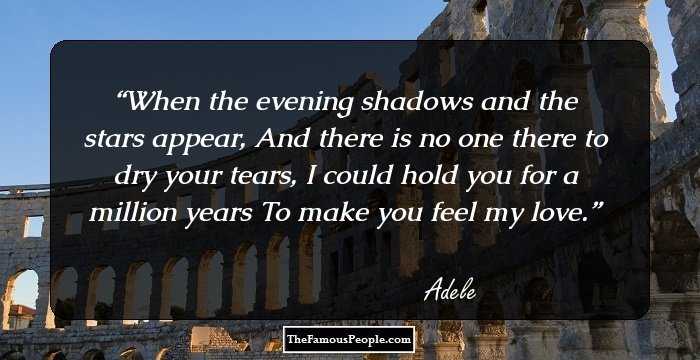 Continue Reading Below
Career
In 2008, Adele's debut album titled ‘19’—named after the singer's age when she began recording it—was released. The album featured two popular lead singles ‘Hometown Glory’ and ‘Chasing Pavements’ which catapulted her to overnight fame.
In March 2008, she signed a deal with ‘Columbia Records’ and ‘XL Recordings.’ Later that year, her world tour, ‘An Evening with Adele,’ began and lasted till June 2009.
In January 2011, she released her second and much-anticipated studio album ‘21,’ which was again named after her age at the time ofrecording it. The album was a success and she received much appreciation for its classic American R&B and jazz style. Studdedwith hits like ‘Rolling in the Deep’ and ‘Someone Like You,’ the record became a major hit.
The album’s single ‘Set Fire to the Rain’ became Adele's third No. 1 single on the ‘Billboard Hot 100.’ Subsequently, she became the first artist ever to have an albumat the No.1 position on the ‘Billboard 200’ concurrently with three No.1 singles.
In 2012, she composed and recorded the theme song ‘Skyfall’ for the James Bond film of the same name. Upon its release, the song became a chartbuster and rose to No. 2 on the ‘UK Singles Chart.’ The track also entered the ‘Billboard Hot 100’ at No. 8, selling more than two million copies in the United States in its first three days.
On November 2015, she released her album ‘25’ which was a hit. In that same year,her song ‘Hello’ debuted at No. 1 on Billboard's pop charts. 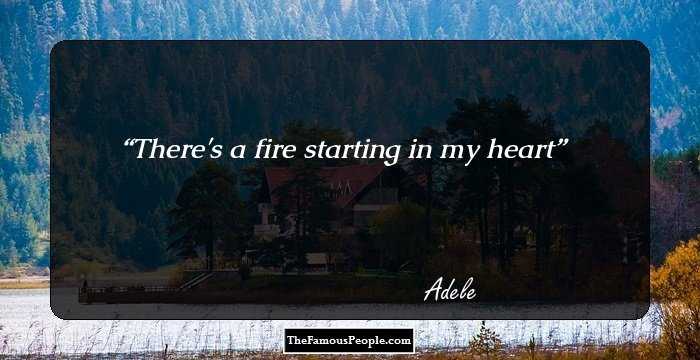 Major Works
Her album ‘21’ sold over 3.4 million copies in the UK, and became the biggest-selling album of the 21st century. It also made Adele the first artist ever to sell three million albums in the UK in one calendar year.
In 2012, ‘Billboard’ announced Adele's ‘Rolling in the Deep’ as the biggest crossover hit of the past 25 years, topping pop, adult pop, and adult contemporary charts.
Continue Reading Below
Awards & Achievements

In 2013, Adele won the ‘Academy Award’ in the ‘Best Original Song’ category for the James Bond theme song ‘Skyfall.’

In 2013, she was made a ‘Member of the Most Excellent Order of the British Empire’ (MBE) in recognition of her services to music.

In 2017, she was ranked among the richest musicians under 30 years of age in the UK and Ireland by‘Sunday Times Rich List.’ 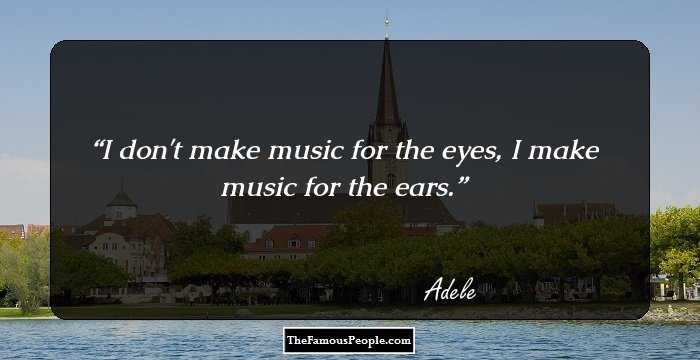 In January 2012, it was reported that Adele was dating Simon Konecki, a charity entrepreneur. Later that year, she announced that the couple was expecting a baby and in October 2012, she gave birth to their son, Angelo.

In 2018, Adele and Simon Konecki got married and they separated in the same year. In 2019, Adele filed for divorce, which was finalised in 2021.

See the events in life of Adele in Chronological Order