Abraham Cowley, who started composing literary works at the mere age of ten, displayed a sense of maturity much ahead of his age. A child prodigy, his first work was published when he was only fifteen, and his verses grabbed the attention of all. The works of this intellectual were known to be multi-faceted. But his metaphysical style of poetry became very popular in the seventeenth century. Attracted to the idea of gaining knowledge, Abraham was a meritorious student and later went on to earn his degree in medicine. The Civil War disrupted the life of Cowley as he had to discontinue his studies at Cambridge. Serving the royal family during the political tumult, he served an exile of twelve long years. A loyal servant of the royal family, he ciphered and deciphered the personal communication between the novelties. But the upheavals did not deter his association with poetry; instead he went on to formulate a new genre of writing odes. The ‘Pindarique’, or the ‘irregular odes’, as his works are referred to were quite popular in the seventeenth century. During his later life, he spent the life of a recluse in the cradle of nature, and devoted his time to experimental science. To know more about the life and works of Cowley read on Ben Jonson
DID WE MISS SOMEONE?
CLICK HERE AND TELL US
WE'LL MAKE SURE
THEY'RE HERE A.S.A.P
Quick Facts

British People
Trinity College Dublin
Trinity College, Cambridge
Male Writers
British Writers
Childhood & Early Life
Cowley was born in 1618 to a wealthy family in London. His father was a stationer by profession. After the latter’s demise, Abraham’s mother took to spirituality and spent most of her time in devotional activities.
The young boy’s first encounter with the poems was when he found the book ‘The Faerie Queene’ in his mother’s possession. 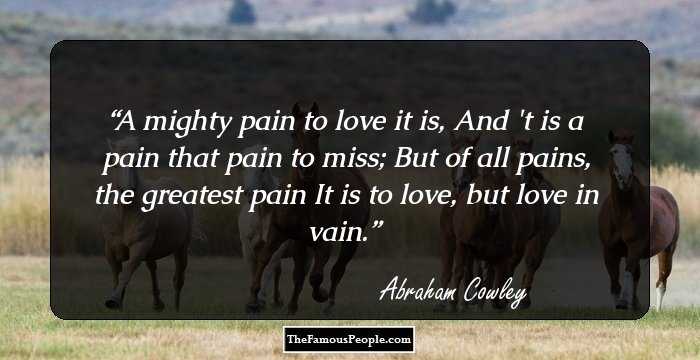 Quotes: Life, Love
Continue Reading Below
Career
The boy displayed his immense talent by penning ‘Tragicall History of Piramus and Thisbe’ in 1628. The sheer brilliance of the poem seemed unlikely to have been the creativity of a mere ten year old.
Belonging to an affluent family, he later pursued his primary education at the reputed ‘Westminster School’. Continuing to prove his poetic mettle, this thinker composed his second poem ‘Constantia and Philetus’.
Abraham’s collection of works ‘Poetical Blossoms’ was first published in 1633. It consisted of his previous two works and a third creation ‘Elegy on the Death of Dudley, Lord Carlton’. The collection, which was dedicated to the school headmaster, also featured many inscriptions contributed by his colleagues, which glorified the administrator.
The multi-faceted works featuring in his first publication brought instant recognition to the fifteen year old. The young lad then started working on his next comedy, ‘Loves Riddle’, set in the country side.
After completing high school, Abraham attended the Trinity College, Cambridge in 1637. His works on King David were printed as a collection of five books in Latin during this time. This collection named ‘Davideis’ was published much later after his death.
‘Naufragium Joculare’, another one of his comedies, was published together with ‘Loves Riddle’ in 1638.
During Prince Charles visit to Cambridge in 1641, Cowley composed a drama titled ‘The Guardian’, which was showcased before the royal entourage. The play was a great success and was also performed during the Civil War.
A champion of the royalist side, he was stripped of his fellowship at Cambridge by the Parliamentarians during the First English Civil War in 1643. He then proceeded to the ‘Oxford University’ where he got into the service of royalists
He accompanied the Queen’s contingent to Paris in 1646. Cowley was a part of the Queen’s cipher service, overlooking important communications between the King and Queen, and was also in charge of various diplomatic voyages during this time. A year later, he came out with ‘The Mistress’, a work of romance.
Continue Reading Below
During the twelve years he stayed away from London, Cowley chanced upon the works of Pindar, which followed the classical structure of Odes, which consisted of rhyming verses, distributed in triads of equal length.
In an attempt to recreate the magic of Pindar’s works, Abraham failed to conform to the rigid structure of the Ode. Instead his creations went about creating a new style of Odes, referred to as the ‘Pindaric’ or the Irregular Ode.
A compilation of his works including ‘Pindarique Odes’, ‘Davideis’ and ‘The Mistress’ were published in 1656, after he returned to England. The other works included ‘The Chronicle’, a ballad, and threnodies on William Hervey and Crashaw among others.
Following the restoration after the Civil War, Abraham completed his MD and became a doctor of medicine.
The revised version of his play ‘The Guardian’, which he was working on since his return from the exile, was showcased in 1661. The title of this play was changed to ‘The Cutter of Coleman Street’.
Retiring to his country home in Chertsey, which he obtained with the help of a friend, Cowley took an interest in horticulture and experimental science. In his poetic work ‘Six Books on Plants’, published in 1662, he made the first ever mention of the intoxicating coca leaves.
Spending the last years of his life in solitude, Cowley embraced the company of flora and books. He was also one of the earliest members of the ‘Royal Society of London’.
He breathed his last in his home at Chertsey, as he failed to recuperate from the fever he acquired while he was out in the meadows overseeing the farmers working. His funeral was organised at the Westminster Abbey. 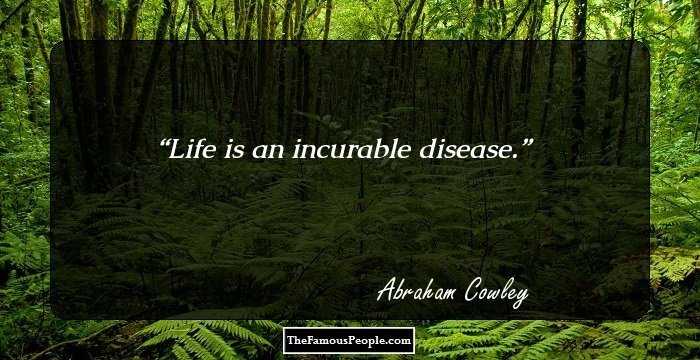 Quotes: Life
Major Works
His pioneering work on ‘Pindarique Odes’ was one of his greatest achievements. The loose structure of the verses in comparison to traditional ode became quite popular among other poets of the era.
Trivia
‘Nothing is there to come, and nothing past, But an eternal Now does always last.’ is a quote from the famous epic, ‘Davideis’, composed by the poet. 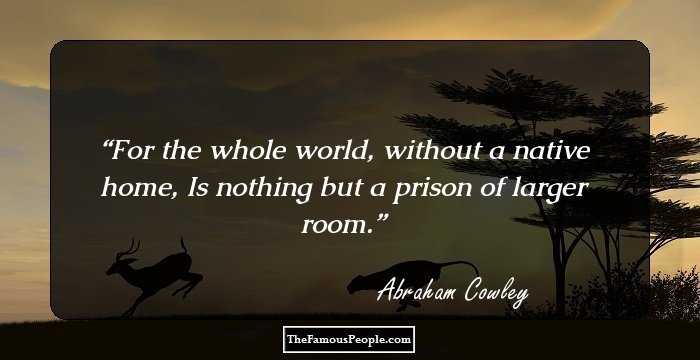 Quotes By Abraham Cowley | Quote Of The Day | Top 100 Quotes

See the events in life of Abraham Cowley in Chronological Order 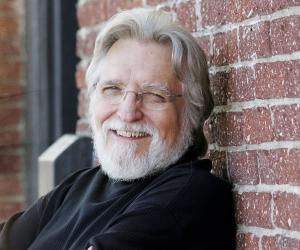