Zoë Isabella Kravitz is an American actress, singer and model, who is known for films, such as No Reservations and X:Men: First Class. Born in Los Angeles, California, to a family of musicians, her family's influence helped her enter the industry at the young age of 18, when she appeared in a supporting role in her debut film No Reservations. Since then, she has appeared in several significant films, such as Yelling to the Sky, where she appeared in a lead role, and The Divergent Series, a series of popular science fiction films. As a model, Zoë Kravitz has appeared in several well-known magazines like French Jalouse, Venus Zine, and Elle. Along with modeling and acting, she, being the daughter of a well-known musician, also decided to pursue music at the same time. She formed a band Lolawolf and their first album Calm Down was released in October 2014. She has also made several significant appearances on TV. In 2011, she appeared in the fourth season of the American comedy-drama series Californication, which was one of the most popular shows of that time. Zoë Kravitz’s beauty and acting talent have helped her maintain her popularity since making her entry into the industry. Zoë Kravitz was born on 1 December 1988, in Venice, Los Angeles, California. Her mother is the American actress Lisa Bonet, while her father is Lenny Kravitz, a reputed musician. Both of them are of Black and Jewish descent.

Her parents divorced in 1993, when she was only five years of age. Initially, she lived with her mother in Topanga Canyon, but later started living with her father in Miami. She attended Miami Country Day School and later Rudolf Steiner School in Manhattan, New York.

Despite her struggles with anorexia and bulimia, she finished her graduation in 2007. Then she attended the State University of New York at Purchase, but left after a year to work in films. 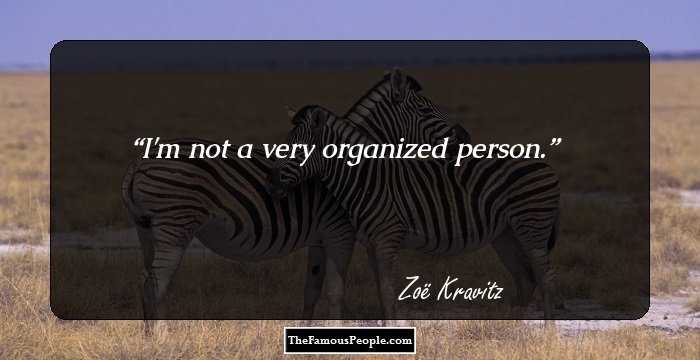 The same year, she also appeared in the American psychological thriller film The Brave One, directed by Neil Jordan. Starring actors such as Jodie Foster, Naveen Andrews, and Terrence Howard, the film follows a radio host, who along with her boyfriend are attacked by thugs, leading to the death of her boyfriend, which makes her buy a gun and become a vigilante, killing several thugs. Zoë Kravitz appears in a supporting role, as a prostitute named Chloe.

In 2010, she appeared in the American comedy It's Kind of a Funny Story directed by Anna Boden. Though the film failed to do well commercially, it received mostly positive reviews. It was adapted from a novel by Ned Vizzini. In 2011, she appeared in a lead role for the first time in the 2011 American drama film Yelling to the Sky written by Victoria Mahoney.

Zoë Kravitz also appeared in X-Men: First Class, a 2011 American superhero film, based on the Marvel Comics characters known as X-Men. She played the role of Angel Salvadore, a superhero teen mutant.

The same year, she made a significant appearance in the popular TV series Californication, which aired on Showtime. The show focused on a troubled novelist named Hank Moody, struggling to find his purpose in life.

She appeared in Divergent, a 2014 American sci-fi film, which was the first installment of the popular Divergent series. Directed by Neil Burger, it was one of the most successful films of the year. Kravitz played a faction member named Christina. Two sequels were released in 2015 and 2016 respectively, in which she continued to appear in her role.

In 2014, Zoë Kravitz also appeared in The Road Within, an American film written and directed by Gren Wells. The film, which premiered at the 2014 Los Angeles Film Festival, received mostly mixed reviews from critics.

Over the next few years, she appeared in several significant films, such as Mad Max: Fury Road, a 2015 action film, and Adam's Green Aladdin, a 2016 independent movie about various themes such as technology, government repression, etc.

In February 2017, she started appearing in Big Little Lies, an American miniseries, which is based on a novel of the same name.  The miniseries, in which Kravitz played a character named Bonnie Carlson, received mostly positive reviews.

In 2020, she executive produced as well as appeared as Robyn Brooks in a romantic comedy TV series titled High Fidelity. The same year, she was also seen in Viena and the Fantomes. In 2022, she hosted an episode of Saturday Night Live and played Catwoman in the superhero film The Batman. 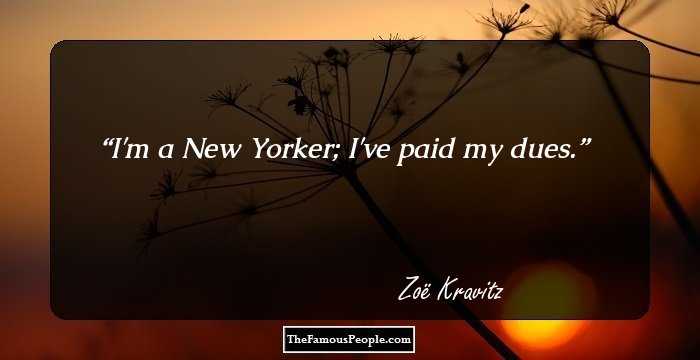 Yelling to the Sky, a 2011 American drama, was the first film in Kravitz's career where she appears in the lead role. Directed by Victoria Mahoney, the film premiered at the 61st Berlin International Film Festival. The film focuses on a high school student named Sweetness O'Hara, played by Kravitz, and the various struggles she faces in her life. The film earned a nomination for the Golden Bear Award.

In 2011, she made an appearance in the well-known comedy drama series Californication. The show, which aired from 2007 to 2014, focused on a troubled novelist named Hank Moody. Though he is trying to find his purpose in life, he instead complicates it through drinking, womanizing, and drug abuse. Zoë Kravitz made her appearance in the fourth season as a singer named Pearl, whose band Moody's daughter decides to become a member of. The show was a huge success, and won two Emmy Awards as well as a Golden Globe Award.

Zoë Kravitz was nominated for the Black Reel Awards for Best Breakthrough Performance for her role in the 2010 comedy It's Kind of a Funny Story.

Her role in X-Men: First Class earned her two nominations for Teen Choice Awards as well as one nomination for the Scream Awards for Breakout Performance. Her work in High Fidelity earned her the Outstanding Writing for a Comedy Series award at the 2020 Black Reel Awards for Television. 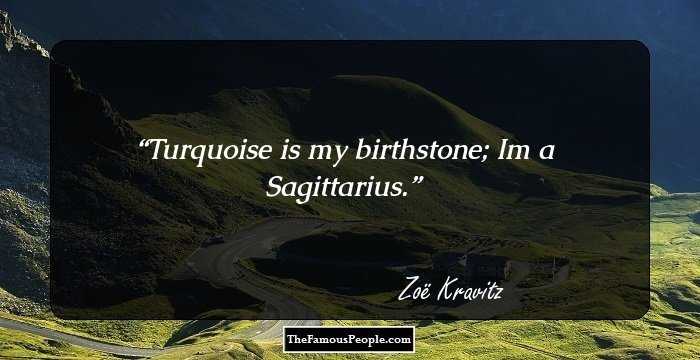 Zoe Kravitz started dating actor Karl Glusman in 2016. The couple got engaged in February 2018 and tied the knot on June 29, 2019, in Paris. Kravitz filed for divorce in December 2020, which was finalized in August 2021.

See the events in life of Zoë Kravitz in Chronological Order