Zeno of Citium was a Hellenistic philosopher from Greece who taught around 300 BC. Many ancient writers also refer to him as “the Phoenician”. He is believed to be the founder of the Stoic school of philosophy, a subject which he used to teach in Athens. It was based on the ideas of the Cynics, and it gave importance to the peace of mind that could be achieved by living a life in accordance with nature. This school of thought gained much popularity during that period and became one of the major schools of philosophy. Often described as sunburned and haggard, Zeno of Citium used to live an ascetic life in solitude. His personal beliefs resonated with the Cynic teachings, further inspiring his own Stoic philosophy. During his free time, he used to sunbathe, drink wine and eat figs. He was honored with the “golden crown” for his influential teachings. After he passed away in around 262 BC, a tomb was built in his honor. 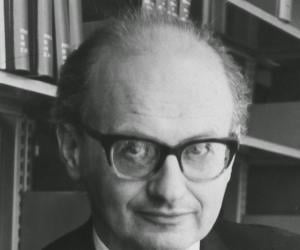 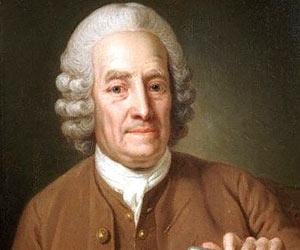 Kurt Gödel
Life
Zeno of Citium was born around 334-333 BC in Citium, Cyprus, located off the coast of Turkey. Not much is known about his parents, except that his father was a merchant, and was possibly of Phoenician heritage, as Citium had a huge population of Phoenicians.
Zeno followed in his father’s footsteps and became a merchant himself. Later, he started his school in Athens.
He showed a strong interest in philosophy. When he was around the age of thirty, he became a pupil of Crates of Thebes, who was the best-known Cynic philosopher of the time. Other than Crates, he also studied under philosophers such as Philo and Stilpo, and the dialectician Diodorus Cronus.
It is also said that he studied Platonist philosophy under the guidance of Xenocrates and Polemo.
Eventually, Zeno of Citium started his own school in around 300 BC. This step of his is considered by many as a deliberate opposition to the recently-founded school of Epicurus.
Despite being quite wealthy, he lived a lonely and ascetic life. He has been described as “a haggard and dark-skinned person.” He used to mock at the rich people of the city and spend his time with serfs and beggars.
He had several admirers, including King Antigonus II of Gonatas, Macedonia. He used to visit Zeno whenever he came to Athens. Though Antigonus invited him to pay a visit to Macedonia, it is said that Zeno declined.
Zeno’s pupils included Aristo of Chios, Sphaerus and Cleanthes, who is known for succeeding him as the head of his Stoic school.
It is also said that Zeno was offered Athenian citizenship; however, he declined it as he felt it would be disrespectful to his native land where also he was highly respected.
Zeno passed away around 262 BC. It is said that he tripped and fell while leaving his school and died soon after.
You May Like

The Sexiest Men Of 2020, Ranked
Philosophy
Zeno of Citium’s system of philosophy embraced logic, ethics and physics. It didn’t set an elaborate system for the beginning of the universe and espoused an evangelical message of ethics. According to Stoicism, man should identify himself with nature and reject all the external material goods, possessions and man-made values.
Social position is also unimportant according to Stoicism; irrespective of whether one is a pauper of a king, they should strive towards their Stoic goal. The ultimate goal is said to be ‘apathia’, a state where a person is totally indifferent to everything except his own understanding of things.
Virtue is considered to be knowledge and vice has been labeled as ignorance. The road towards virtue is said to uneasy and requires tough discipline as well as strict control over one’s natural urges and reactions, including lust, fear and anxiety.
Stoicism also states that a proper study of both the theories is important as only by understanding the truth of the material world completely would one come to understand the source of true happiness.
Stoicism is an eclectic system mixing a corporeal universe with a divine reason. “God” is said to be the reason behind everything, and “Fire” is described as the basis of the physical universe.
According to Stoicism, the universe started when God willed himself apart from the physical existence. It is also stated that God would will it back unto Himself sometime in the future, and this process would be repeated many times in the future.
The universe’s nature has been described to be benevolent; it accomplishes what is right and eventually prevents and destroys the evil.
You May Like