Advanced Search
Zach Cregger is an American actor, writer, producer and director who is most popular for his sketch comedy troupe and television programme, ‘The Whitest Kids U' Know’. He not only acted in the comedy series but was also one of its writers, directors and executive producers. Though the show garnered maximum fame for Cregger, some of his other work in films and television are equally well known. His rich work profile includes television shows like ‘Friends with Benefits’, ‘Guys with Kids’ and ‘Wrecked’ as well as movies like ‘The Civil War on Drugs’ and ‘Miss March’. He also wrote, directed and produced some of the shows and films he acted in. He is married to his long-time girlfriend, Sara Paxton. American People
Virginia Actors
Tall Celebrities
Tall Male Celebrities
Pisces Actors
Career
Zach Cregger went to ‘The School of Visual Arts’ in New York and while studying there, he formed friendship with Trevor Moore, Sam Brown, and Timmy Williams. Together they formed ‘The Whitest Kids U' Know’, an American sketch comedy troupe in the year 2000. The comedy troupe became instant success, particularly in clubs like ‘Pianos’. Moreover, the comedy routine they posted online too drew a lot of appreciation from the audience. Their talent was noticed even further when they received an invitation to attend the HBO U.S. Comedy Arts Festival in Aspen in 2006. There, they received the award for ‘Best Sketch Group’ and captivated the attention of many Hollywood executives. Thereafter, the show was sold to the Fuse Network and its first season premiered in 2007. The show later moved to Independent Film Channel (IFC) and continued for four more seasons. Cregger was also the executive producer, series co director and co-writer of ‘The Whitest Kids U' Know’ for its entire run between 2007 and 2011.
Though Zach Cregger is widely recognised for his sketch comedy show ‘The Whitest Kids U' Know’, he has worked a lot in other television and film productions too. As an actor, his film credits include ‘College’ (2008), ‘Miss March’ (2009), ‘The Civil War on Drugs’ (2011), ‘Date and Switch’ (2014), ‘Opening Night’ (2016) and ‘Doubting Thomas’ (2018). He featured in few short films too like ‘The Death and Return of Superman’, Heart Break (both in 2011) and ‘The Wolf’ (2012). He turned director, writer and producer for ‘The Civil War on Drugs’ and co-director, producer and co-writer (along with Trevor Moore) for ‘Miss March’.
As for his television career, he made his debut way back in 1998 acting in an episode of ‘Homicide: Life on the Street’. Between 2004 and 2006, he worked as a producer and associate producer for television series, ‘The Lounge’, ‘Uncle Morty's Dub Shack’ and ‘Comedy Zen’. His more significant television acting roles came when he appeared as one of the lead cast in ‘Friends with Benefits’ (2011), ‘Guys with Kids’ (2012-2013) and ‘Wrecked’ (2016-2018).
As a recurring cast, he appeared in the ‘About a Boy’ and in single episode each of ‘The McCarthys’ (2015), ‘Adam Ruins Everything’ and ‘Just Roll with It’ (both in 2019). The year 2019 also saw him in a comedy television movie ‘Friends-In-Law’.
Family & Personal Life
Zach Cregger was born on March 1, 1981 in Arlington, Virginia as Zachary Michael Cregger. He is one of the four sons of his parents, the other being Jake, Sam and Dan. He has a mix of German, English, Scottish and Irish ancestry. His maternal uncle William B. Taylor, Jr has served as U.S. Ambassador to Ukraine between 2006 and 2009. He is also the first cousin of the former Second Lady of the United States, Tipper Gore - wife of former Vice President Al Gore.
As a kid, he was quite talented and was known for his comic skills in High School. Along with other members of his improv group, ‘The Nation of Improv’, he performed at malls and other high schools. At this young age, he even had an agent.
Later on, he moved to New York to study in ‘The School of Visual Arts’ and completed his BFA from there.
He is married to Sara Paxton, an actress, voice artist and singer recognised for her work in 2009 horror film, ‘The Last House on the Left’. The couple dated for a long time before getting engaged in 2018 and finally tying knot in 2019 at the Addison Grove in Austin, Texas.

See the events in life of Zach Cregger in Chronological Order 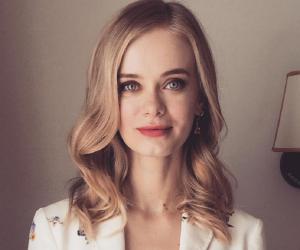