Yulia Tymoshenko is a Ukrainian politician and former Prime Minister of Ukraine. In 2005, she became the first woman to be appointed as the Prime Minister of Ukraine and was named the third most powerful woman in the world by ‘Forbes’ magazine. She contested the 2010 Ukrainian presidential election and lost to Viktor Yanukovych by a small margin. In 2011, she was convicted of abuse of power and embezzlement in what was regarded as a political move. After her release from prison, she contested the 2014 Ukrainian presidential election which she lost to Petro Poroshenko. As the leader of ‘All-Ukrainian Union “Fatherland”’ political party, Tymoshenko strives to integrate Ukraine with the ‘European Union’ (EU) and ‘North Atlantic Treaty Organization’ (NATO). However, she opposes the proposed integration of Ukraine into the ‘Eurasian Customs Union’ (EACU). Jung Bahadur Rana
DID WE MISS SOMEONE?
CLICK HERE AND TELL US
WE'LL MAKE SURE
THEY'RE HERE A.S.A.P
Quick Facts

Ukrainian People
Ukrainian Women
Women Leaders
Ukrainian Leaders
Sagittarius Leaders
Childhood & Early Life
Yulia Tymoshenko was born Yulia Volodymyrivna Hrihyan on November 27, 1960, in Dnipropetrovsk, Soviet Union (present-day Ukraine), to Lyudmila Telehina and Volodymyr Hrihyan. A couple of years after her birth, her father abandoned her and her mother.
Though she studied the Ukrainian language and literature for 10 years, she spoke only Russian throughout her childhood. She graduated from high school in 1977 and was enrolled at ‘Dnipropetrovsk Mining Institute’ the subsequent year. She transferred to ‘Dnipropetrovsk State University’ in 1979 and graduated in 1984 as an engineer-economist. In 1999, she obtained her PhD from ‘Kyiv National Economic University.’
After her graduation in 1984, Tymoshenko worked in the ‘Dnipro Machine-Building Plant’ as an engineer-economist. In 1989, she co-founded a video-rental company called ‘Terminal.’ In 1991, she established a company called ‘The Ukrainian Petrol Corporation’ along with Oleksandr Tymoshenko, Olexandr Gravets, and Gennadi Tymoshenko. The company supplied fuel to the agriculture industry of Dnipropetrovsk from 1991 to 1995.
In 1995, ‘The Ukrainian Petrol Corporation’ was reorganized and renamed as ‘United Energy Systems of Ukraine’ for which Tymoshenko served as the president. Tymoshenko reached the peak of her entrepreneurship career around 1996 when she was considered one of the richest entrepreneurs in Ukraine.
Continue Reading Below
Political Career
Tymoshenko was elected to the Ukrainian parliament (Verkhovna Rada) in 1996. She eventually became an influential politician and went on to become the chair of the Ukrainian parliament’s Budget Committee.
When the leader of her party Pavlo Lazarenko left Ukraine to the United States to avoid investigations for embezzlement, Tymoshenko registered a new political party called ‘All-Ukrainian Union “Fatherland”’ in September 1999.
In December 1999, she was elected as the Deputy Prime Minister for the fuel and energy sector. Ukraine’s electricity industry thrived under her guidance as the revenue collections from the industry increased substantially. Thanks to her reforms, the government had sufficient funds to increase the salaries of civil servants.
In 2001, she founded the ‘Yulia Tymoshenko Bloc’ which received 7.2% of the vote in the subsequent parliamentary election. On February 13, 2001, she was accused of smuggling gas and forging customs documents during her time as the president of ‘United Energy Systems of Ukraine.’
In March 2001, the district court found the charges to be baseless. On April 9, 2003, the ‘Kiev Court of Appeal’ cancelled all criminal cases against her. Meanwhile, on August 11, 2001, prosecutors in Russia filed a criminal case, accusing her of bribery. However, the charges were dropped on December 27, 2005. Tymoshenko viewed these charges as the handiwork of Leonid Kuchma who served as the Ukrainian president from 1994 to 2005.
When the 2004 Ukrainian presidential election was claimed to be marred by corruption, a series of protests broke out in Ukraine from November 2004 to January 2005. These protests and political events came to be known as ‘The Orange Revolution.’ Tymoshenko played an important role in the ‘Orange Revolution’ which earned her nicknames, such as ‘Princess Leia of Ukrainian politics’ and ‘Goddess of the Revolution.’
After her role in the ‘Orange Revolution,’ Tymoshenko’s chances of becoming the Prime Minister of Ukraine increased. On January 24, 2005, she was appointed as the acting Prime Minister under Yushchenko’s presidency and in February, she became the Prime Minister of Ukraine. However, her cabinet was dismissed in September 2005.
On September 13, 2005, Yushchenko accused Tymoshenko of betraying the ideology of the ‘Orange Revolution.’ Tymoshenko retaliated by accusing Yushchenko of ruining the future of the country by not acting against corruption as promised earlier.
In 2006, Tymoshenko started touring the country in an attempt to win the subsequent Ukrainian parliamentary election as the leader of ‘Yulia Tymoshenko Bloc.’ She also announced that she would like to return to the post of Prime Minister.
In March 2007, she visited the United States and met Vice President Dick Cheney, National Security Advisor Stephen Hadley, and Secretary of State Condoleezza Rice. After her return, she initiated a campaign for an early parliamentary election. Her campaign turned out to be a success as an early parliamentary election was held in September.
On October 15, 2007, the ‘Yulia Tymoshenko Bloc’ and ‘Our Ukraine–People's Self-Defense Bloc’ agreed to form a coalition. However, Tymoshenko failed in her attempt to become the prime minister as she fell short by a vote. A few days later, she gained the support of 226 deputies, which made it possible for her to become the prime minister. On December 18, she became the Ukrainian Prime Minister for the second time.
In 2010, she contested the Ukrainian presidential elections, but lost to Viktor Yanukovych. In 2011, she was charged with abuse of power and was sentenced to seven years in prison. She was also charged with several criminal cases. On January 18, 2013, she became a suspect in the murder case of a lawmaker and businessman named Yevhen Shcherban.
She was released from prison in 2014 and the parliament restored her rights which allowed her to take part in political activities. At a press conference in Kiev, she announced that she would contest the 2014 presidential election. Despite receiving 12.39% of the vote, she lost the election to Petro Poroshenko. Tymoshenko continued taking part in political activities from 2014 to 2018. On June 20, 2018, she announced that she would contest the 2019 Ukrainian presidential election.
Family & Personal Life
Tymoshenko married Oleksandr Tymoshenko in 1979. The couple has a daughter named Eugenia Oleksandrivna Tymoshenko who is an entrepreneur, philanthropist, and activist. Eugenia was Tymoshenko’s defender when the latter was arrested in 2011.
Tymoshenko and her husband own an apartment in Dnipro. She has said that she will never use a state-owned summer house, unlike all former presidents and many high-ranking officials. In March 2014, she allowed public activists into her house and showed them around.

See the events in life of Yulia Tymoshenko in Chronological Order 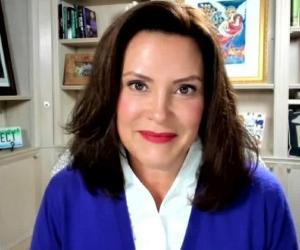 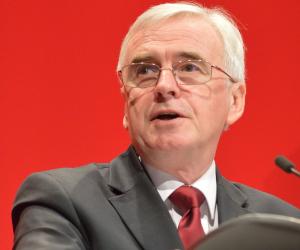