Yaron Versano is a Dutch-born Israel real-estate developer and business magnate. He is the husband of actress Gal Gadot who played the titular role in the 2017 superhero blockbuster ‘Wonder Woman’. Versano grew up in Amsterdam alongside his brother and later went to New York to finish his education before settling in Tel Aviv. A gifted entrepreneur, he co-founded a real-estate company with his brother and in time, made it one of the most successful ventures in the sector. The brothers once also operated a luxury hotel in Tel Aviv which they named after themselves. In 2015, they sold the Versano Hotel to Russian billionaire Roman Abramovich in a multi-million dollar deal. Versano met Gadot in 2006 and after two years of dating, they tied the knot in 2008. Both of them are ambitious and career driven and support each other’s aspirations and endeavours. The couple divides their time between Tel Aviv and Los Angles. Lior Bitton
DID WE MISS SOMEONE?
CLICK HERE AND TELL US
WE'LL MAKE SURE
THEY'RE HERE A.S.A.P
Quick Facts

Israeli People
Cancer Men
Career
After finishing his education, Yaron Versano relocated to Tel Aviv, Israel and set up a real-estate company with his brother. Ambitious and driven, he soon turned the company into a profitable venture.
After Gadot had shot ‘Fast & Furious’ (the fourth film in The Fast and the Furious franchise, released in 2009), they were going back and forth between Israel and the US and found themselves often taking residence in hotels. Desperately feeling the need to be at home, it was during this period that they chanced upon a hotel which was built like an apartment complex. This innovative planning later became an inspiration for the Versano Hotel, which was built by Yaron and his brother. In 2015, the hotel was purchased by Russian business tycoon Roman Abramovich reportedly for NIS 100 million (nearly $26 million).
You May Like

The Sexiest Men Of 2020, Ranked
Continue Reading Below
Personal Life
Yaron Versano was born on June 23, 1975 in Amsterdam, the Netherlands to Jewish parents. He and his brother, Guy, spent a considerable amount of their lives in that country. He attended International School of Amsterdam and later enrolled at the New York Institute of Technology in Old Westbury, New York, from where he graduated in 2000.
He met Gadot at a yoga party that their mutual friend had arranged in the Israeli desert in 2006. They felt an instant attraction to each other. On their second date, he informed her that he was serious about this relationship and would not wait more than two years to propose to her. Gadot, who was in her early twenties then, later admitted that she was a bit confused, but Versano, who is ten years older than her, knew exactly what he wanted in his life. True to his word, he proposed to her in a “very special way” in 2008. She accepted and they were married in the same year.
In November 2011, Gadot gave birth to their first daughter, Alma. Their second daughter, Maya, was born on March 19, 2017. In fact, Gadot was pregnant with Maya during the filming of ‘Wonder Woman’.
A feminist and progressive thinker just like his wife, Versano actively supports his wife and her pursuit of Hollywood stardom. He also urges her to be a role model for their two daughters. 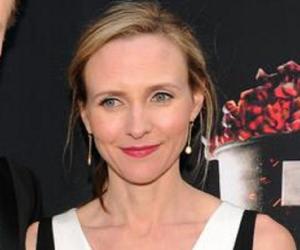