Advanced Search
William Randolph was a British colonist and a land owner during the late 17th and early 18th century British colony of Virginia. He was born and brought up in England and Ireland but immigrated to Virginia during his early years to make a living for himself, on the persuasion of his uncle. As soon as Randolph landed in Virginia, he took over the most lucrative market of the then British colony—that is, slave trading and tobacco plantation. He started as an ‘undertaker’ and a clerk at the Henrico county court but soon he imported 72 servants and 69 slaves into Virginia and collected land patents that were worth 20,000 acres, by the end of his life. He was also known for his exceptional political career, which started with representation of Henrico County in all the assembly of the House of Burgesses and then as the Speaker of the House of Burgesses, which ultimately led to his selection as the Clerk of the House. He was married to Mary Isham, who later on became the heiress to her father’s large estate. They had nine children together, all of them distinguished by the estates left to them. Mary Eliza Mahoney
DID WE MISS SOMEONE?
CLICK HERE AND TELL US
WE'LL MAKE SURE
THEY'RE HERE A.S.A.P
Quick Facts

Mary Eliza Mahoney
Childhood & Early Life
William Randolph was born on November 7, 1650 in Warwickshire, England, to Richard Randolph and Elizabeth Ryland. His father was from a small village east of Northampton and worked as a servant to Edward la Zouche and George Goring.
Apart from the fact that he was the second out of the seven Randolph children, not much is known about Randolph’s childhood. In the late 1650s, his family moved to Dublin, which means that he spent his formative years in Ireland.
Continue Reading Below
Career
Randolph’s uncle, Henry Randolph immigrated to Virginia and on one of his travels back to Britain in 1669, it is supposed that he convinced Randolph to move with him to Chesapeake, Virginia.
He arrived in Virginia in 1672 and started his career in the colony as an ‘undertaker’ building houses, but there is not any solid evidences for it, it is all based on set of historical observations.
He was the clerk of Henrico County Court in 1673 and remained at the position for almost 10 years. He served at a position of Justice of the peace, along with that he also served as sheriff and coroner.
By 1674, Randolph had accumulated enough money for the trade in of 12 people into Virginia, which is how he earned his first land patent. He is known to have imported 72 servants and 69 slaves within next two decades.
In 1676, Nathaniel Bacon—a Virginia colonist, revolted against the government and as a result his land was confiscated. This area was Curles, near Turkey Island. Governor Berkeley allowed Randolph to make an assessment of the property and buy it.
From 1684 to 1698, Randolph represented Henrico County in all the assembly of the House of Burgesses and right after that he was selected as the Speaker of the House of Burgesses and later the Clerk of the House.
Randolph was at the peak of his political career by 1700s - he became a merchant and co-owned many ships that transported tobacco to England. He received land grants of 10,000 acres near Richmond and 3,256 acres at Westham.
Major Works
Randolph owned a number of slaves and had an estimated land patents worth 20,000 acres, on which he paid property taxes on 1,655 acres in Surry County and 19,465 acres in Henrico County.
Personal Life & Legacy
In 1675, he married Mary Isham, whose father Henry Isham was from an affluent family in Northamptonshire and married a wealthy widow in Virginia. Mary’s brother died three years later and made her the heiress to her father’s large estate.
Trivia
He was William Byrd’s friend and acted as the political advisor to his sons during their political career.
His mansion on the Turkey Island plantation high ground was called ‘Bird’s Cage’. It overlooked the island and the river.
When Randolph fell ill in 1702, his son William Randolph took over his position of the Clerk of the House of Burgesses.
Randolphs and his close relatives formed the major political group in the colonial government during the 18th century.
It is said that at least nine of his children survived to adulthood, but exact number of children born is still not known. These were named— William Randolph II of Wilton, Thomas Randolph of Tuckahoe, Isham Randolph of Dungeness, Rishard Randolph of Curles Neck, Henry Randolph, Sir John Randolph of Tazewell Hall, Edward Randolph of Bremo, Mary Randolph and Elizabeth Randolph.
All of his children were distinguished by the estates left to them.

See the events in life of William Randolph in Chronological Order 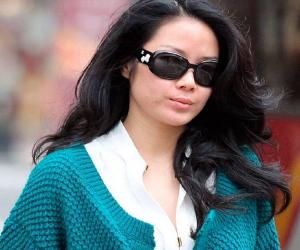