William Hurt was an American actor who portrayed the character of Thaddeus Ross in the Marvel Cinematic Universe films. In his over four-decade-long acting career, he did extensive work in films, television and theatre. Originally from Washington, D.C., William William Hurt had harboured acting aspirations since he was quite young. He attended the Juilliard School and started his career on stage in the 1970s. He made his screen debut in an episode of the CBS series ‘Kojak’. His first cinematic appearance came in 1980 as a troubled scientist in Ken Russell's science-fiction movie ‘Altered States’, for which he garnered his first Golden Globe nomination. A few years later, he received widespread recognition for his outing as Luis Molina in the Brazilian-American drama film ‘Kiss of the Spider Woman’ and won an Academy Award and a BAFTA Award. As he grew older, Hurt made a gradual transition to character acting. was nominated for three more Academy Awards and two Primetime Emmy Awards. He was also nominated for a Tony Award for the play ‘Hurlyburly’. well. Dwayne Johnson
20th March In History
DID WE MISS SOMEONE?
CLICK HERE AND TELL US
WE'LL MAKE SURE
THEY'RE HERE A.S.A.P
Quick Facts 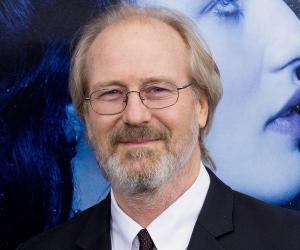 William Hurt was born on March 20, 1950, in Washington, D.C., U.S.A, to Claire Isabel and Alfred McChord Hurt. His mother was employed at Time Inc., whereas his father served in the State Department. Because of his father’s job, he spent parts of his childhood in Lahore, Mogadishu and Khartoum.

He studied at Middlesex School, where he served as the vice president of the dramatic clubs and performed in several plays.

After obtaining his high school diploma in 1968, he briefly studied theology at Tufts University. However, he ultimately dropped out and began his training at the Juilliard, where he was part of the Drama Division Group 5 (1972–76).

Continue Reading Below
Stage Career
William Hurt started his career on stage. He performed with Circle Repertory Company from 1977 to 1989. He received an Obie Award for his debut outing in Corinne Jacker's ‘My Life’.
In 1978, he received a Theatre World Award for ‘Fifth of July’, ‘Ulysses in Traction’, and ‘Lulu’. In 1979, Hurt portrayed the titular character in Marshall W. Mason’s production of ‘Hamlet’.
Hurt was part of the original cast of David Rabe’s dark-comedy play ‘Hurlyburly’, which opened at Goodman Theatre in Chicago in early 1984. It had its Broadway debut in August at the Ethel Barrymore Theatre, where it was performed 343 times. For his performance, Hurt earned a Tony nomination for Best Featured Actor in a Play.
Television Career

In 1980, William Hurt had his screen debut in an episode of the CBS action crime-drama series ‘Kojak’. He portrayed Duke Leto I Atreides in the 2000 three-part science fiction TV miniseries ‘Frank Herbert's Dune’.

For his outing as Varian Fry in the 2011 telefilm ‘Varian’s War’, he was nominated for a Satellite Award for best actor.

In 2016, Hurt portrayed Hrothgar in the ITV adaptation of ‘Beowulf’ and Donald Cooperman in the first season of Amazon Prime series ‘Goliath’.

From 2018 to 2020, William Hurt starred in the Audience Network series ‘Condor’.

In 2021, he was seen in an episode of the television series ‘Mythic Quest’.

After making his film debut in ‘Altered States’, William Hurt starred in films like ‘Eyewitness’ and ‘Gorky Park’ before he was cast as Luis Molina, a transgender woman imprisoned for having a sexual relationship with an underage boy, in Héctor Babenco’s 1985 film ‘Kiss of the Spider Woman’.

He was nominated for Academy Award for Best Actor twice more for playing James Leeds in the romance drama ‘Children of a Lesser God’ (1986) and Tom Grunick in the romantic comedy-drama ‘Broadcast News’ (1987). Hurt also received an Oscar nomination for Best Supporting Actor for playing Richie Cusack in ‘A History of Violence’.

William Hurt also had a daughter named Jeanne (born 1994) with the French actress, film director, and screenwriter Sandrine Bonnaire, whom he dated between 1992 and 1997.

In 2018, William Hurt was diagnosed with prostate cancer that had spread to bone.

See the events in life of William Hurt in Chronological Order