William Franklyn-Miller is an English model, actor, and social media influencer. After gaining initial fame for his modelling work, Franklyn-Miller has emerged as one of the most promising young actors for his roles in TV shows like ‘Jack Irish’, ‘Neighbours’, and ‘Arrow’. Born in London, he has spent a considerable part of his life in Melbourne, Australia. He had already been active on social media for a while, when in 2016, a Japanese schoolgirl shared a photograph of him on Twitter. Within a few days, he became an internet celebrity. The tweet was liked and re-tweeted thousands of times and his own accounts on various platforms started seeing exponential growth. That year, he made his acting debut with the short film ‘A Fish Out of Water’. In 2017, his performance as the recurring character Young Joseph Wilson in the series ‘Arrow’ helped him find a footing in the entertainment industry. Franklyn-Miller is set to make his cinematic debut with the upcoming film ‘Four Kids and It’. British People
British Men
Aries Actors
Male Models
Aries Models
Rise to Fame
William Franklyn-Miller has been active as a model and child actor since he was four years old. He had already built up an impressive resume in Australia before he garnered popularity on social media. Over the years, he has been featured on the catalogues of some of the top fashion brands in the world and has been part of the advertisement campaigns for the likes of Hackett, Harrods, Marks & Spencer, Country Road, Pavement Brands, Sudo, and Ratbag. He has appeared in ‘La Petite Magazine,’ ‘L’Official Russia,’ ‘Italian Vogue’ and ‘Vogue Russia,’ and ‘Hooligans Magazine.’
In 2017, Halcyon Kids conducted a competition for their Los Angeles readers who were promised that the winner would get to be in a photo shoot with Franklyn-Miller. He has also been featured in ‘Bambini,’ ‘Jr Model,’ ‘Papillon,’ and ‘Visual Tales’ magazines. As a model, he is presently represented by Megan Klein of New York Model Management.
He posted the oldest photograph on his Instagram page in February 2015. Two months later, in April, he set up his Twitter account. From the beginning, he has used his social media accounts to promote his modelling work. At the time, his internet popularity was quite modest. However, it changed in 2016 when a Japanese schoolgirl uploaded a photograph of Franklyn-Miller on her Twitter account. It subsequently went viral, effectively making him a social media celebrity almost overnight. Since then, he has garnered over a million followers on Instagram and thousands of followers on Twitter. He created his YouTube channel on July 18, 2016, and posted the first video within a week. His content on YouTube predominantly comprises challenge videos, Q&As, and updates. Each of his videos garners thousands of views.
Franklyn-Miller has been featured in several music videos, including Peking Duk’s 'Take Me Over', which once topped the ARIA chart. He made his acting debut in early 2016 in the short film ‘A Fish Out of Water’, in which he portrayed a character named Zac. He subsequently made his small screen debut with an appearance in the Australian television drama ‘Jack Irish’. In 2017, he guest-starred in an episode of the Australian soap opera ‘Neighbours’. That year, he made his US television debut as well, portraying the younger version of Joseph Wilson in the superhero TV series ‘Arrow’. In 2018, he starred in the short film ‘The Resurgence’. Franklyn-Miller is set to star in the upcoming short film, ‘Watcher’ and his first film ‘Four Kids and It’. As an actor, he is represented by Bernard Kira of BMK-ENT in the United States of America, Saskia Mulder of The Artists Partnership in London, England, and Charmaine Gilchrist of Gilchrist Management in Australia. In 2016, he was unofficially declared the world’s most handsome boy.
You May Like

Briton Models
British Actors
Child And Teen Actors
British Fashion Industry
Continue Reading Below
Family & Personal Life
William Franklyn-Miller was born on March 25, 2004, in London, England, to Dr. Andy Franklyn-Miller and Shannon Franklyn-Miller. He is the oldest of three children of his parents and has one younger brother, Noah, and one younger sister, Siena. Dr. Franklyn-Miller finished his training in medicine at Imperial College, London in 1998. He later enlisted in the Royal British Navy and worked alongside the Royal Marines. Since leaving the military, he has served as the team doctor to the British Olympic Rowing team, England Rugby team, Melbourne Storm Rugby League, and the New Zealand Black Ferns. He had also been employed by the UK Athletics. Over the years, he has made multiple appearances on TV and radio shows.
Shannon, on the other hand, is an Australian actress and model. William’s sister Siena has become a social media celebrity in her own right and has been occasionally featured on her brother’s YouTube channel.
After spending the early years of his life in England, William, along with his family, relocated to Melbourne, Australia in January 2013. Since 2018, he has been living in Dublin, Ireland.
Recommended Lists: 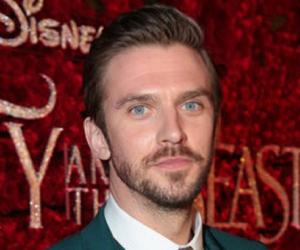 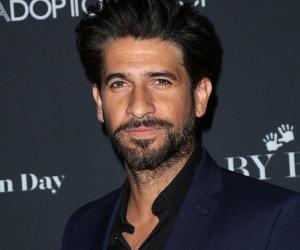