Rosie Jones is a sensuous English model best known for featuring in Page 3 and severalmen’s magazines. While intending to take up a primary school teacher’s job as career, she chanced upon modelling after viewing a television program on Samantha Bond which inspired her to forward some of her photos. Thereafter, she joined Samantha Bond Management and, as destined, modelling became her full time profession. She joined the agency at 17, and after turning 18 she stepped into the world of nude modelling as a Page 3 girl for the UK tabloid ‘The Sun’ and eventually became a full-time Page 3 girl. She is also an in-demand model for several other lad magazines like ‘FHM’, ‘Loaded’, ‘Nuts’ and ‘Front’. Her popularity as one of the most glamorous models led her to several other engagements and assignments. She was featured in music videos like ‘Be Good To Green’ by Professor Green and ‘You Can Dance’ by Bryan Ferry. She attended the 2009 PES Rankings UK Main Event where she signed posters and handed over the prize. She was twice voted as the ‘No.1 Sexiest Babe’ by the visitors of the website of British lads' mag ‘Nuts’. Jones added another feather on her cap by setting a ‘Guinness World Record’ of taking off and putting on the maximum number of bras in a minute. Well that’s quite a feat for a hot babe who is renowned for posing nude and topless for different lad magazines, what’s say! British People
Cancer Models
Female Models
Briton Models
British Fashion Industry
The Meteoric Rise To Stardom
The young girl from Middlesex who once aspired to become a primary school teacher became one of the sexiest babes of the glamour world and that also kind of accidentally. It all happened while she was studying her A levels in sixth form when she watched a program on TV on Samantha Bond, which motivated her to send her photos. As a result of this, she signed with Samantha Bond Management in 2008 and with that her thriving journey into the world of glamour and modelling started when she was just 17 years of age.
After attaining 18 years of age, Jones started posing nude for the UK tabloid ‘The Sun’ as a Page 3 girl and thereafter for many other lad magazines. Gradually, the seductive diva garnered immense popularity and presently models full-time for Page 3 and other lad magazines like ‘Front’, ‘FHM’, ‘Nuts’ and ‘Loaded.
Her job requirement saw her travelling different places including Morocco, Las Vegas, Ibiza and Los Angeles among others. This quite in vogue sex siren whose hot pictures make the lads go weak at the knees was voted twice in 2010 and 2011 respectively by the visitors of the website of ‘Nuts’ magazine as the ‘No.1 Sexiest Babe’.
In 2009, she was invited to sign posters and give prize at the Pro Evolution Soccer Rankings UK Main Event. In November that year, she earned another feat by setting a ‘Guinness World Record’ of wearing and taking off the most number of bras in a minute setting the record of seven. In 2010 she featured in two music videos namely ‘Be Good To Green’ by English rapper, songwriter, singer, actor and TV personality, Professor Green and in ‘You Can Dance’ by English singer and songwriter, Bryan Ferry. The philanthropic side of this ravishing beauty came to fore when she raised money in August 2010 for the British charity ‘Help for Heroes’ by climbing Mount Toubkal situated in the Toubkal National Park in south-western Morocco.
She featured in many of the music video clips of Keule, a German comedy band during Christmas time in 2013. As of April 2017, the net worth of this glamour model is estimated to be around 1.5 million USD. Jones has also become quite a sensation in social media with around 274k followers on her Instagram account and around 266k followers on her Twitter account.
You May Like

British Female Models
Cancer Women
Continue Reading Below
Behind The Curtains
Rosie Jones was born on July 19, 1990 in the historic county of Middlesex in south-east England. Not much is known about her early life except that she attended ‘St. Ignatius Catholic Primary School’ and thereafter ‘St. Paul's Catholic College’ in Sunbury-on-Thames from where she obtained four A-levels and an AS in psychology, critical thinking, general studies, media studies and theatre studies. She is not married yet and not much is known about her romantic life. 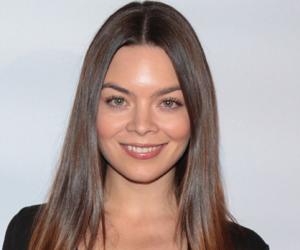