Warren Keith Lieberstein is a television writer, producer, and actor from America. Over the course of his career, he has become one of the most influential people in the entertainment industry. Having grown up in a family where a Hollywood dream wasn’t considered unrealistic, Lieberstein followed his actor brother Paul’s footsteps and in 1995, he made his debut as an actor in the critically acclaimed drama ‘Sleepover’. Subsequently, he began his career as a writer, with the short-lived sketch comedy ‘Hype’ and followed that up by writing a couple of episodes in 2003, for Will Smith’s popular sitcom ‘All of Us’. Working for shows, such as ‘Modern Men’ and ‘Carpoolers,’ further developed his ability and credibility as a writer. In 2009, he joined his brother as a member of the writing staff of the internationally popular comedy series ‘The Office’ for its fifth season. He was made a producer at the start of the filming of the sixth season. In recent years, he has written and served as the consulting producer for Audience’s comedy series ‘Hit the Road’
Continue Reading Below 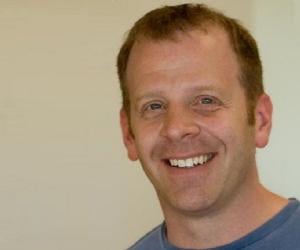 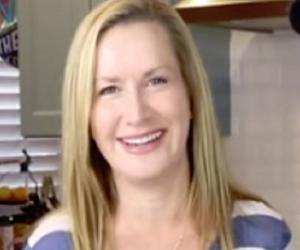 American People
American Men
Connecticut Actors
Virgo Actors
American Actors
Career
Warren Lieberstein began his career in the industry as an actor, playing a character named Justin in John F. Sullivan’s directorial venture ‘Sleepover’. Released in 1995, the film could have been yet another indie clichéd teen drama, but what sets it apart was the nail-biting tension that the director had been able to maintain throughout the course of the movie. In 1999, Lieberstein appeared in the episode ‘Truth or Consequences’ of The WB’s drama series ‘Hyperion Bay’ and lent his voice to the episode ‘Bills Are Made to Be Broken’ of Fox’s animated sitcom ‘King of the Hill’. He has also made a guest appearance as Rory Flenderson, the brother of Toby Flenderson (played by his real-life brother Paul) in the seventh-season episode ‘Goodbye, Michael’ (2011) of ‘The Office’.
The WB’s sketch comedy ‘Hype’ was the first project in which he served as the writer. Although the show lasted only one season, it established him as a comedy writer just like Paul, who had arrived in the industry only a year before him. He then wrote two episodes for UPN’s ‘All of Us’. Both episodes, ‘I Saw Tia Kissing Santa Claus’ and ‘Birthdaze’, aired in 2003. In the 2004-05 TV season, he wrote for yet another short-lived sitcom, UPN’s ‘Second Time Around’. He was also part of the writing staff for The WB’s ‘Modern Men’ (2006).
His next project was ABC’s single-camera comedy ‘Carpoolers’, for which he wrote two episodes, ‘Down for the Count’ (2007) and ‘Fist Fight’ (2008), and one teleplay ‘Lost in America’. Lieberstein was brought in as a writer in the fifth season of ‘The Office’ and wrote the episodes ‘Cafe Disco’ (2009), ‘Koi Pond’ (2009), ‘Whistleblower’ (2010), ‘China’ (2010), ‘After Hours’ (2012), ‘Turf War’ (2012) and ‘Paper Airplane’ (2013). He received a Writers Guild of America award nomination for his contribution to the show as a writer.
From the fifth season onwards, Lieberstein served as a producer on this NBC’s widely popular mockumentary series. He produced 29 episodes between 2009 and 2011 (season six and seven), and co-produced 11 episodes in 2009 (season six), and was the supervising producer of 22 episodes between 2011 and 2012 (season seven and eight), co-executive producer of 13 episodes between 2012 and 2013 (season eight and nine), and consulting producer of 13 other episodes between 2012 and 2013 (season eight and nine).
He wrote and was the co-executive producer of several episodes of ABC’s ‘Back in the Game’ during its one-season run. In 2017, he served as a writer and consulting producer on the first season of Audience’s ‘Hit the Road’.
You May Like

Actors Who Are In Their 50s
American TV & Movie Producers
American Film & Theater Personalities
Virgo Men
Continue Reading Below
Personal Life
Lieberstein was born on September 20, 1968, in Westport, Connecticut to parents Judith and Stanley Lieberstein. His brother Paul, who is a year older to him, is a Primetime Emmy-winning screenwriter, actor, and television producer. He also has a sister, Susanne, who is married to legendary television writer Greg Daniels. Warren is three years younger than Susanne. He attended Staples High School in Westport, graduating in 1986.
He has been married two times. He and his first wife, actress Angela Kinsey, married on June 18, 2000. On May 3, 2008, Kinsey gave birth to their daughter, Isabel Ruby. It was reported in February 2009 that Lieberstein and Kinsey were not living together anymore. Kinsey filed for divorce in June 2010, citing "irreconcilable differences." Since their divorce, they both have gotten remarried, but have managed to sustain an amicable friendship for sake of their child.
He later wed his second wife, fellow television writer and producer Audrey Wauchope. They have two daughters together, Hazel Flora, born in September 2014, and Sadie Hope, born in January 2017. The family resides in Los Angeles, California.
Trivia
Lieberstein has co-written a considerable amount of his work with his most frequent writing partner, Halsted Sullivan.