DID WE MISS SOMEONE?
CLICK HERE AND TELL US
WE'LL MAKE SURE
THEY'RE HERE A.S.A.P
Popularity Index
211
Writers #3191
Quick Facts 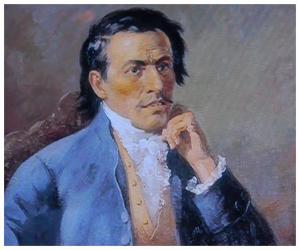 Who was Walter Dean Myers?

Walter Dean Myers was a pioneer in the field of American children's literature. He has more than a hundred books—short stories, novels and non-fiction alike—in his repertoire as an author. Several of them contain pictures that have been painted by great artists like Leo Carty, Gene Riarti as well as Martin and Alice Provensen. Some of the later books have been illustrated by his youngest son, Christopher. Having been orphaned and then adopted as a child, Myers had difficulties coping with his life, despite having loving foster parents. He displayed many behavioural issues stemming from a sense of inferiority, and had soon developed a stammering problem. This however reduced with the encouragement of an otherwise stern teacher in school. He also sought refuge in writing, which later became his passion and career. This exceptionally creative author, before dabbling in a few dissatisfying odd jobs, gave us masterpieces like 'Monster', 'Motown and Didi', 'Scorpions', 'Autobiography of My Dead Brother', and even the controversial 'Fallen Angels'. He was elected as the ambassador by the 'Library of Congress' for 'Young People's Literature'. Even now, Myers is an inspiration for those who try to muster up courage so they can follow their dreams, just like he did American Men
Brown University
Leo Writers
Male Writers
Childhood & Early Life
Walter Milton was born to George Myers and his second wife, Mary, on August 12, 1937, in Martinsburg, West Virginia. When he was two years old, his mother lost her life while delivering a daughter, Imogene. Unable to take care of the little boy, George handed him over to his first wife, Florence and her husband Herbert Dean.
Herbert, who lived in Harlem, was African American, while Florence was half German and half Native American. Since the Dean family loved Walter, he soon came to accept them as his own parents, later deciding to take their last name as his own.
The young boy's foster parents took him to church regularly, and he grew up to have immense faith in God.
While studying in the 'Stuyvesant High School', New York, he displayed a passion for literature, reading the works of famous authors like Mark Twain, James Joyce, Charles Dickens and Samuel Taylor Coleridge. This habit helped him when his uncle was killed and the family was going through emotional turmoil.
He was extremely intelligent, but somehow failed to perform academically in school. He suffered from a stammering issue, and hence found solace in writing short narratives as well as poetry. A teacher who taught him English recognized his talent, and encouraged him to carry on with his hobby.
Soon, the budding writer, who often got into trouble with classmates for fighting and talking, dropped out of school before turning seventeen. By 1954, Dean had enrolled into the U.S. Army, where he continued to pen down his thoughts occasionally. 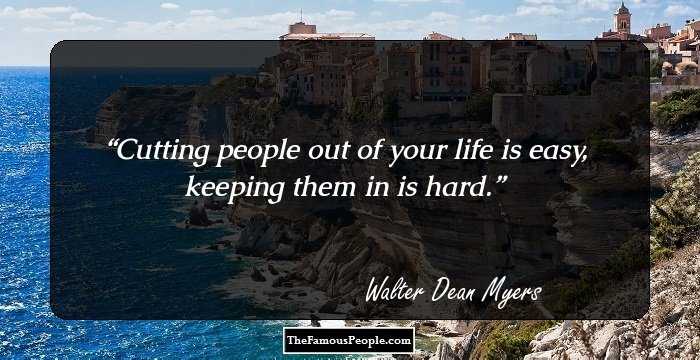 American Writers
Leo Men
Career
After completing his stint in the army, Walter joined a construction firm as a labourer. Amidst his frustrating situation, he remembered his teacher's encouraging words and took up writing more seriously. He began contributing to a local newspaper as well as several magazines.
During this time, the aspiring writer was inspired when he read a story penned by James Baldwin. Baldwin recounted the life of blacks in cities, and Dean was motivated to write about his own ordeal.
Though the first book that Myers wrote was 'The Life of a Harlem Man' in 1968, it was 'Where Does a Day Go?', written the same year, which turned the spotlight on him. This book wowed readers across the country and won the 'Council on Interracial Books for Children Award'.
From then on there was no looking back for this talented author, who published several books, mainly for children and teens, in his career. In the 1970s, Walter produced works including 'The Dancers', 'Fly, Jimmy, Fly!', 'Fast Sam, Cool Clyde, and Stuff', 'Victory for Jamie', and 'The Young Landlords'.
During the 1980s, this remarkable author published several books such as 'The Legend of Tarik', 'Won't Know Till I Get There', 'Motown and Didi', 'Mr. Monkey and the Gotcha Bird', 'Crystal', and 'Fallen Angels', amongst others.
Myers kept pursuing his dream, penning down many more enthralling stories in the 1990s, such as 'Scorpions', 'Now Is Your Time! The African-American Struggle for Freedom', 'Darnell Rock Reporting', 'Shadow of the Red Moon', and 'Monster'.
From 2000-05, many more books were produced, including '145th Street: Short Stories', 'Greatest: Muhammad Ali', 'Handbook for Boys: A Novel', 'Thanks & Giving: All year long', 'Shooter', and 'The Beast'.
In the mid-2000s, this accomplished writer penned stories such as 'Street Love', 'What They Found: Love on 145th Street', 'Harlem Summer', 'Sunrise Over Fallujah', 'Riot', 'The Cruisers Checkmate', and 'Invasion'. 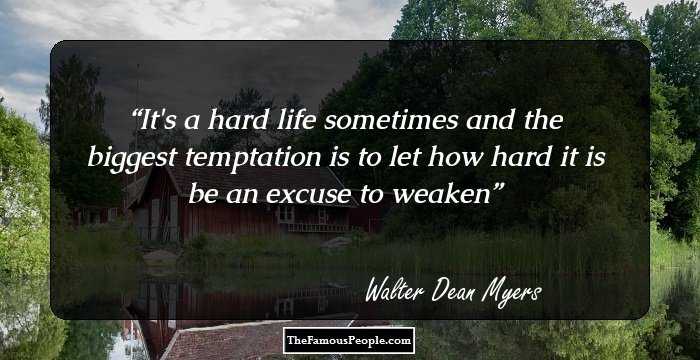 Quotes: Life
Continue Reading Below
Major Works
Though he has produced several popular works of literature throughout his career as a writer, Walter Myers is most famous for his novel, 'Monster'. This book was shortlisted for 'National Book Award for Young People' in 1999 and received the 'Michael L. Printz Award' as well as the 'Coretta Scott King Award' the following year.
Awards & Achievements
In the 1980s Myers received several honours such as the 'New Jersey State Council for the Arts Fellowship', 'National Endowment for the Arts Grant', and 'MacDowell Fellowship'.
Walter was the recipient of the 'Alan Award for Outstanding Contribution to the Field of Young Adult Literature' as well as the 'Margaret A. Edwards Award for Lifetime Achievement' in 1994.
From 1996-2003, he won the 'Anne V. Zarrow Award' and the 'Virginia Hamilton Literary Award'. He was also 'The Library of Congress National Book Festival Participant' on two occasions.
In 2008, Myers was commemorated with the 'Kerlan Award' by the 'University of Minnesota', the 'Literary Merit Award' by the 'West Virginia Library Association' and the 'Katharine Drexel Award' by the 'Catholic Library Association'.
During 2009-12, this brilliant writer was presented with the prestigious 'Jeremiah Ludington Award' by the 'Educational Paperback Association', 'Coretta Scott King – Virginia Hamilton Award for Lifetime Achievement', 'Chicago Tribune Prize for Writers of Young Adult Literature', and the 'New York City Literary Honor for Children’s Literature'.
Dean was a shortlisted candidate for the 'Astrid Lindgren Award' on three instances. He was also nominated on three occasions for the 'National Book Award for Young People's Literature'. 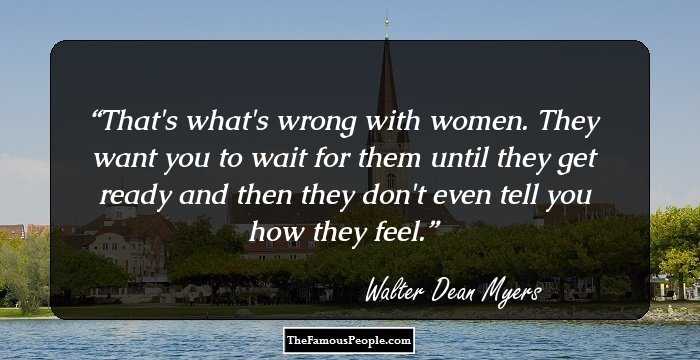 Quotes: You, Women
Personal Life & Legacy
Before the 1960s, Walter met and married a kind, loving woman named Joyce. With her, the famous writer had two children, Michael and Karen.
This marriage did not last long, and Myers attributes the separation to his excessive drinking, lack of a lucrative job and his carefree life.
Soon after, on June 19, 1973, he got married a second time, on this occasion, a woman named Constance Brendel. This marriage thrived, and the couple gave birth to a son, Christopher. Christopher became an artist who depicted his father's stories in paintings.
In 2014, Myers suffered from medical ailments, after which he passed away on July 1.
Trivia
This African-American author received a special mention in 'Love That Dog', a 2001 novella penned by writer, Sharon Creech, where the former appears as an idol for the book's protagonist.
You May Like