(Former Baseball & Football Player, the Only Professional Athlete in History to be Named an 'All-Star' in Both)

Advanced Search
Bo Jackson is an American former baseball and football player and the only sportsperson to be named an All-Star in two major sports. When he decided to play both professional baseball and football concurrently, he became the most recognized professional athlete to participate in more than one sport. All of America knew him simply by his first name, ‘Bo’, due to a hugely successful national advertising campaign with ‘Nike’, the ‘Bo Knows’ series. He played some amazing football for the ‘Los Angeles Raiders’ of the ‘National Football League’ (NFL) and an equally astounding baseball for the ‘Kansas City Royals’, the ‘Chicago White Sox’, and the ‘California Angels’ in the ‘Major League Baseball’ (MLB). A critical hip injury ended his football career mid-way; however he did manage to return to baseball until his retirement. Jackson's speed and power on both the baseball diamond and the football field were legendary; earning him awards and respect. "I never set out to be a Hall of Fame baseball player or Hall of Fame football player. I just loved to play. Period," said Bo Jackson on ESPN Classic's ‘Sports-Century’ series. Although his injury prevented him from fully realizing his athletic potential on the professional level, Jackson was nevertheless a cultural sensation who made a significant impact on the history of American sports. American People
Baseball Players
Black Sportspersons
Black Baseball Players
American Football Players
Childhood & Early Life
Vincent Edward Jackson was born November 30, 1962 and raised in Bessemer, Alabama. Eighth of ten children, he and his siblings were largely supported by his mother, Florence Jackson Bond, since his father, A.D. Adams, never wed Florence.
Jackson got the name ‘Bo’ from the ‘wild boar hog’ as he would constantly get into trouble. His life as a hoodlum was short-lived, when he got a track and football mentor in Dick Atchinson at ‘McAdory High School’ in McCalla, Alabama.
In 1982, he declined an offer from the ‘New York Yankees’ in the second round of the ‘Major League Baseball Draft’. He instead entered ‘Auburn University’, where he went on to excel in baseball, football and track. 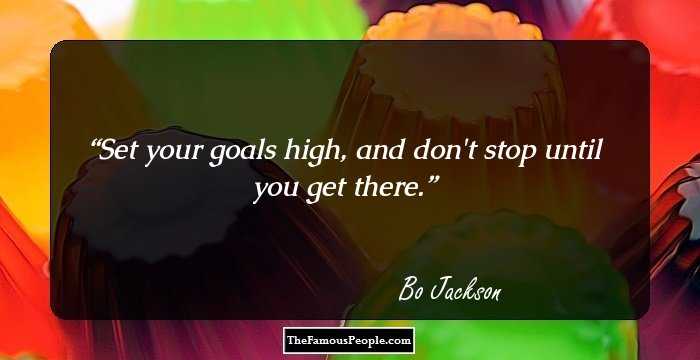 Quotes: You
Continue Reading Below
Career
Jackson was selected with the first overall pick of the ‘1986 NFL Draft’ by the ‘Tampa Bay Buccaneers’, but opted to play baseball for the ‘Kansas City Royals’. He also played football with the ‘Los Angeles Raiders’ beginning 1987.
1990 was by far the best year of his career in terms of performance. In football, he averaged a whopping 11.3 in Receiving and 5.6 in Rushing. In baseball, he averaged 0.272.
His football career was caught short in 1991 when he suffered a debilitating hip injury while playing for the Raiders. Later in the same year, the ‘Chicago White Sox’ picked him up from Kansas City Royals. In 1993, he helped them capture the American League West Championship. Deciding to dedicate more time to his family, he retired from baseball following the '94 season.
In 1994, at the time of retirement, he averaged a whopping 0.250 in baseball, having played for ‘Kansas City Royals’, ‘Chicago White Sox’ and ‘California City Angels’. In football, he ended up with a fantastic average of 8.8 in Receiving and 5.4 in Rushing, playing for the ‘Los Angeles Raiders’.
Through the 1990s, he dabbled in acting, having made several television guest appearances and appearing in small roles in a few films. In 1995, he completed his Bachelor of Science degree in Family and Child Development at Auburn.
In 2007, Bo came together with John Cangelosi to form the ‘Bo Jackson Elite Sports Complex’, a multi-sports dome facility in Lockport, Illinois. He has been successful with other investments, including a food company, ‘N'Genuity’. He is also among a group of investors who own ‘The Burr Ridge Bank and Trust’ in the Chicago suburbs.
After 20 years since his famous ‘Bo Knows’ campaign, Jackson returned to do commercials for ‘Nike’ in the fall of 2010 for their ‘BOOM’ campaign. On January 22, 2014, Jackson rejoined the ‘Chicago White Sox’ as an ambassador to the team. 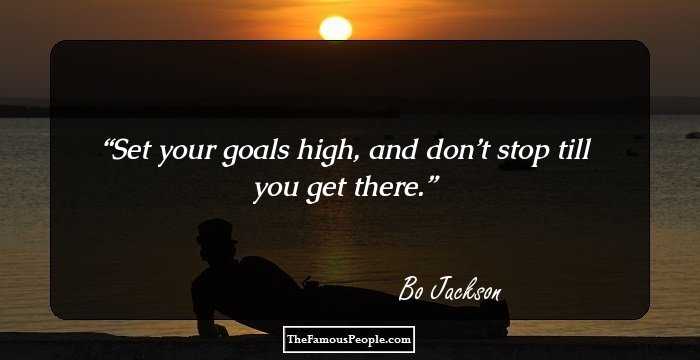 Quotes: You
Awards & Achievements
While at ‘Auburn University’, Jackson won the ‘Heisman Trophy’ in 1985. He earned the ‘Bert Bell Trophy’, the NFL's ‘Rookie of the Year Award’ in 1987. In 1989, he was voted the ‘American League All-Star’ and ‘All-Star Game's MVP’.
In 1990, Jackson was named among the ‘25 Most Intriguing People’ by ‘People’ magazine. In ‘92, he won the ‘Jim Thorpe Legacy Award’ and also the ‘Power to Overcome Award’ by Easter Seals.
During the late 80s and early 90s, he endorsed ‘Nike’ and was involved in a popular ad campaign ‘Bo Knows’. Called ‘the greatest athlete in video game history’, his digital counterpart was nicknamed as ‘Tecmo Bo’.
In 1993, he was named the ‘Sporting News Comeback Player of the Year’. In ’96, he was inducted into the ‘Alabama Sports Hall of Fame’ and into the ‘College Football Hall of Fame’ in ‘99. In March 2013, ESPN Sport Science named Jackson the ‘Greatest Athlete of All Time’.
Personal Life & Legacy
Jackson is married to wife Linda, a clinical psychologist, and has three children – sons Garrett, Nicholas, and daughter Morgan. The family stays at their private home in Burr Ridge, Illinois, US.
He did a 300 mile charity bike ride in 2012 and created a campaign ‘Bo Bikes Bama’ to support victims of the tornado that badly damaged areas in Alabama. Now, it has become an annual tradition.
Trivia
He was named after Vince Edwards, the star of his mother's then-favorite TV show. Labeled as stubborn and hard-headed, he had struggled during his adolescence with behavioral problems.
Bo is famous for talking about himself in the third person. According to a Sports Illustrated article, only his wife is allowed to address him by his given name of Vince.
He penned his autobiography ‘Bo Knows Bo’ in 1990, co-authored with Dick Schaap. The book covers his life from the childhood in Bessemer, Alabama to the peak of his athletic abilities in 1990.

See the events in life of Bo Jackson in Chronological Order