Albert Pujols is a professional baseball player who emigrated from the Dominican Republic to the US. He has played Major League Baseball (MLB) for the ‘St. Louis Cardinals’ and for the ‘Los Angeles Angels.’ He is a highly regarded hitter and was unanimously voted as the ‘Rookie of the Year’ in his opening season of the ‘National League’ (NL). Among the various tournaments that he has won are two ‘World Series’ and three ‘NL’ championships. He has established various records and has won several awards, including the ‘Most Valuable Player’ (MVP) of the ‘NL’ thrice and the ‘Sporting News Player of the Decade.’ Though his performance has experienced frequent ups and downs in the recent past, he continues to play for the ‘Angles’ to date and is a strong contender for the ‘Hall of Fame.’ He has had 11,000 plate appearances in his career and is the ninth player to have crossed the 600-home run mark. He is married to Deidre and has five children, including one from Deidre’s previous relationship. He and his wife launched the ‘Pujols Family Foundation,’ which creates awareness about Down syndrome. He has become a US citizen but maintains close ties with his motherland. He visits his homeland regularly and also provides assistance to the poor and the disabled there. Albert Pujols still has a lot of hard hitting left in him. 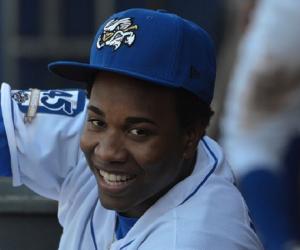 Randy Savage
Baseball Players #8
Sportspersons #281
Continue Reading Below
DID WE MISS SOMEONE?
CLICK HERE AND TELL US
WE'LL MAKE SURE
THEY'RE HERE A.S.A.P
Quick Facts

American People
Dominican People
Male Sportspersons
American Sportspersons
Dominican Sportspersons
American Baseball Players
Childhood & Early Life
Albert Pujols was born on January 16, 1980, in Santo Domingo, Dominican Republic, located on the island of Hispaniola in the Caribbean region. He was the only child of his parents. His father was a softball pitcher, who later turned alcoholic. Thus, he was brought up by his grandmother, uncles, and aunts.
As a child, he played baseball with the other children in the neighborhood, using an improvised kit. His family immigrated to the US in 1996 and started living in New York City. Later, they moved to Independence, Missouri, to live with their relatives.
He graduated from the ‘Fort Osage High School,’ Independence, in 1998. He played baseball for his school team and was named and ‘All-State’ athlete twice. He joined the ‘Maple Woods Community College’ on a baseball scholarship. He played “shortstop” for his college team and batted .461, with 22 home runs, before making it to the ‘MLB’ draft.
There was immense controversy about his age, due to which no team was willing to recruit him initially. Thus, he began playing in minor league. In 2000, he played as “third base” for the ‘Peoria Chiefs’ in the ‘Midwest League.’ He was named the league’s ‘MVP’ and was part of the ‘All-Star’ team.
He also played for the ‘Potomac Cannons’ and the ‘Memphis Redbirds’ in the ‘Carolina League’ and the ‘Pacific Coast League’ (PCL), respectively. He was voted the ‘MVP’ of the ‘Redbirds,’ which won its first ‘PCL’ title with him.
Continue Reading Below
You May Like

See the events in life of Albert Pujols in Chronological Order 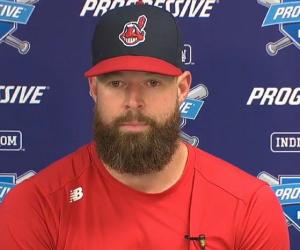 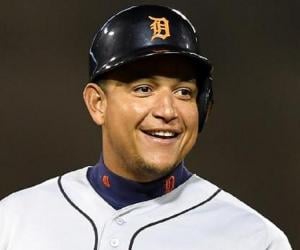 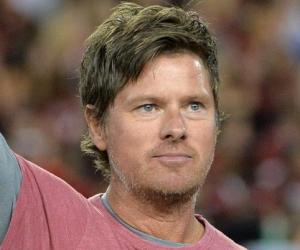