Ezekiel Elliott is an American football running back for the Dallas Cowboys of the National Football League. Having won several awards throughout his career, such as the ‘FedEx Ground Player of the Year’ and ‘Offensive Rookie of the Year’, Elliott can be considered one of the best players of the NFL. Born in St. Louis, Missouri, Elliott has parents who were both involved in athletics. His father used to be a linebacker for the Missouri Football Team. Throughout his childhood, Elliott was quite active in sports, not just in football, but also in other sports like baseball and basketball. During his college years, he played for the Ohio State Football team. His brilliant performance earned him the second-team All-America honors. He was drafted into the NFL by Cowboys in the 2016 NFL draft. Since his entry into the NFL, he has proved to be a very efficient player. He became the second Cowboys rookie who rushed more than 1000 yards in a single season. He also became the third running back to rush for 1000 yards after just a total of nine games in his career. Tall, well-built, and athletic, Elliott can be considered one of the most promising upcoming NFL stars in the coming years.
Continue Reading Below American People
Ohio State University
Tall Celebrities
Tall Male Celebrities
Male Sportspersons
Childhood & Early Life
Ezekiel Elliott was born on 22 July 1995 in St. Louis, Missouri, in the United States into a family of athletes. His father, Stacy Elliott, used to be a linebacker for the Missouri Football team. His mother, Dawn Huff, was also a high school state champion in three sports. He has two sisters. His maternal grandfather was a basketball player who played for Drake University.
Elliott attended John Burroughs School in Ladue, Missouri. He was proficient in many sports, including football, basketball, and track. Soon, he began playing for the John Burroughs Bombers football team.
Continue Reading Below
You May Like

Famous Beautiful Women With Green Eyes
Career
During his junior year in 2012, Ezekiel Elliott rushed for 1802 yards and 34 touchdowns, and received 23 passes for 401 yards along with six scores. Following this brilliant performance, he was named the St. Louis Post-Dispatch offensive player of the year.
Being an efficient track and field athlete as well, Elliott was a state level participant in sprinting and hurdling events. His records include timings of 10.95 seconds in the 100-meter dash, 22.05 seconds in the 200-meter dash, 13.77 seconds in the 110 m hurdles, and 37.52 seconds in the 300 m hurdles. His excellent performances earned him the name of ‘Gatorade Track Athlete of the Year’ in Missouri.
Though he was under pressure to join the University of Missouri, his parents’ alma matter, he instead signed with the Ohio State University. As a freshman at the university, he rushed for 262 yards on 30 carries with two touchdowns. Because of his performance, he was named to the Academic All-Big Ten Conference team the following year.
During the season beginning in 2014, he rushed over 100 yards six times. He ran a total of 220 yards on 20 carries for two touchdowns, during the 2014 Big Ten Championship Game. He helped Ohio State qualify for the first-ever college football playoffs.
The following year, in the 2015 Super Bowl, he ran for 230 yards on 20 carries in a hard-fought 42-35 win against No. 1 team Alabama. His performance earned him the name of ‘Offensive Player of the Game’.
Later, he also capped the Buckeyes’ championship season, by rushing for 246 yards on 36 carries along with scoring four touchdowns against the Oregon Ducks. He was also named the game’s most Offensive MVP. By the time he finished his career at the Ohio State University, he had a record of 3,961 rushing yards, being in second place, only behind Archie Griffin.
During his tenure at the Ohio State University, his performance won him numerous honors, such as the title of the Offensive MVP of both the ‘2015 Sugar Bowl’, and 2015 ‘College Football Playoff National Championship game.’ He was also a front-runner for the 2015 Heisman Trophy. Some of the other titles he won include the 2015 Graham-George Offensive Player of the Year and the 2015 Ameche-Dayne Running Back of the Year. He was also selected for the Unanimous First Team All-Big Ten.
Elliott was drafted into the NFL in 2016, having been picked by the Dallas Cowboys. He signed a four-year rookie contract worth $25 million with a $16 million signing bonus.
After just nine games of the 2016 season, he became the second Cowboys rookie to rush for more than 1000 yards in a single season. His overall performance throughout the season was brilliant, earning him his first Pro Bowl.
Awards & Achievements
Ezekiel Elliott has earned several awards in his career. Some of them are ‘CFP national Champion’ (2014), ‘Big Ten Champion’ (2014), ‘Pro Bowl’ (2016), ‘NFL Rushing Yards leader’ (2016), ‘NFL Castrol Edge Clutch Performer of the Week’ (2016).
Love Life
Ezekiel Elliott used to date Tiffany Thompson, who worked in a nightclub in Ohio. However, they separated as Elliott allegedly abused her physically as well as mentally.

See the events in life of Ezekiel Elliott in Chronological Order 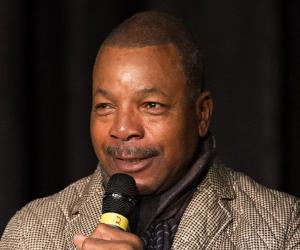 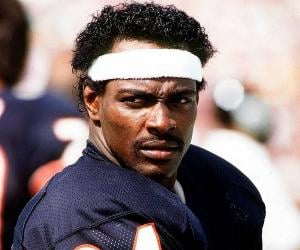