Advanced Search
Vin Zhang, also known as Zhang Vin or Zhang Bin Bin, is a Chinese actor and singer who has recently risen to fame with a series of high-profile TV roles. Born into a Chinese family in Wuxi, Jiangsu, Zhang harbored dramatic aspirations since his early years. He graduated from the well-known ‘Shanghai Theatre Academy’ in 2013, before immediately finding success with the drama ‘V Love’ (2014). He also began his music career with this production, releasing its soundtrack. He progressed to his first leading role in 2015, eventually featuring in at least 10 roles by the time he hit his mid-20s. He also bagged the career-defining role of ‘Ying Zheng’ in the international hit ‘The King’s Woman’ (2017). Although his career spans only four years, Zhang is set to be a major star in the Chinese and pan-Asian TV industry. His rumored relationship with ‘The King’s Woman’ co-star Dilraba Dilmurat has garnered a lot of attention lately. Although the actors have declined to confirm anything, the rumors have not died down. Lee Hoi-chuen
DID WE MISS SOMEONE?
CLICK HERE AND TELL US
WE'LL MAKE SURE
THEY'RE HERE A.S.A.P
Quick Facts

Chinese People
Tall Celebrities
Tall Male Celebrities
Chinese Actors
Capricorn Actors
Childhood & Early Life
Vin Zhang was born on January 19, 1993, in Wuxi, Jiangsu, China. Not much is known about his family and early years.
Although he was originally interested in a soccer career, Zhang changed gears to focus on acting soon. He graduated from the ‘Shanghai Theatre Academy’ in 2013 and launched a TV career soon after.
Continue Reading Below
Career
Zhang began his acting career with a supporting role in the 2014 web drama ‘V Love’ (aired on ‘Tencent’). He also released two singles, ‘Our Era’ and ‘Heavenly Stairs,’ to support the series. The series also marked his first appearance with Dilraba Dilmurat, his most notable co-star, although they were not cast as a romantic pair.
The same year, he also played a minor role in ‘Love’s M Turn.’
Zhang scored his first leading role, as ‘Qiao Ran,’ in the web drama ‘Long Time No See’ (sequel to ‘Fleet of Time’) in 2015. This role was instrumental in making him a bankable star and helped him move to primetime TV soon after.
2016 was a particularly notable year for Zhang, with a string of high-profile projects, the first of which was the highly acclaimed TV adaptation of the historical novel ‘Chronicle of Life.’ Following widespread approval of his portrayal of ‘Nalan Rongruo,’ he was cast in supporting roles in ‘The Legend of the Monster’ and ‘Angel Wings.’ One of his most notable roles was for ‘Love O2O,’ or ‘A Smile is Beautiful,’ a Chinese TV drama, where he played the beloved hacker ‘KO.’ Zhang contributed the single ‘A Smile is Beautiful’ to the ‘Love O2O’ soundtrack.
Bolstered by the success of these series, Zhang began making a name as a TV superstar in 2017, venturing into a series of collaborations with Dilraba Dilmurat in the process. His first release of the year was ‘Pretty Li Hui Zhen’ (where Dilraba played the titular role of ‘Li Hui’), a remake of the South Korean series ‘She Was Pretty’ (2015). His character in the series was that of a fun-loving editor and the second romantic lead opposite Dilmurat. He released the single ‘To Love Completely’ that was featured on the official soundtrack.
The same year, he played ‘Li Jing’ in the fantasy–romance series ‘Eternal Love,’ or ‘Three Lives Three Worlds, Ten Miles of Peach Blossoms.’ This role, along with his work in ‘Pretty Li Hui Zhen’ and ‘Love O2O,’ helped him showcase his versatility as an actor and land the biggest role of his career, later in 2017.
Dilmurat and Zhang were again paired together in ‘The King’s Woman’ (2017), a historical drama and an internationally hit series. The series featured Zhang as ‘Ying Zheng,’ a ruthless emperor and an unlikely romantic hero for Dilmurat’s ‘Gongsun Li.’ His role was based on Qin Shi Huang, founder of the ‘Qin’ dynasty and the first emperor of consolidated China. Before the filming of the movie began, Zhang spent a month delving into the history of the ‘Qin’ dynasty and learning horseback riding to prepare for his role. His hard work paid off, as the series garnered billions of viewers and became the most-discussed topic on ‘Weibo.’
In 2018, Zhang appeared in his fifth series with Dilmurat, ‘The Flame’s Daughter,’ playing ‘Zhan Feng.’ He is also scheduled to appear in the main role of ‘Xia Yuhang,’ a hotel employee, in ‘Love Happening’ later in the year. He is also set to appear in ‘Legend of Huabuqi’ in 2019.
Awards & Achievements
In 2017, Zhang won the award of the ‘Most Promising Actor’ at the 9th ‘China TV Drama Awards.’
Personal Life
Zhang indulges in philanthropy and participated in a 2017 public welfare project centered on the environment. He also attended the 2017 iteration of the ‘BAZAAR Stars’ Charity Night,’ organized by ‘Harper’s Bazaar China,’ along with other notable Chinese celebrities.
The young actor is a good friend of his co-star Dilmurat. Their on-screen and off-screen dynamics have given rise to persistent dating rumors that neither actor has confirmed.
In 2018, Zhang was rumored to be dating his manager, causing some public backlash from fans. If reports are to be believed, they have been in a relationship for some time.
Trivia
Zhang’s star sign is Capricorn.
Fans love his deep voice.
Zhang and Dilmurat are both managed by ‘Jay Walk Studio’ (established by his ‘Eternal Love’ co-star Yang Mi.)
Zhang once stated in an interview that he found kissing scenes with Dilmurat nerve-racking and that Dilmurat and he would often tell “crazy jokes” to break the ice.
He has appeared in commercials for brands such as ‘Walch’ and ‘Estee Lauder.’

See the events in life of Vin Zhang in Chronological Order 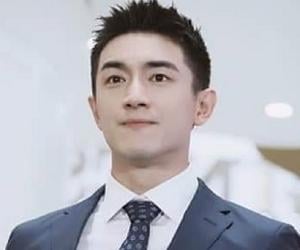 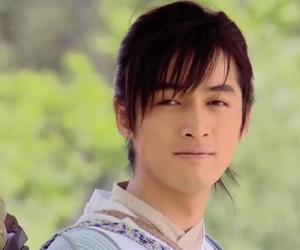